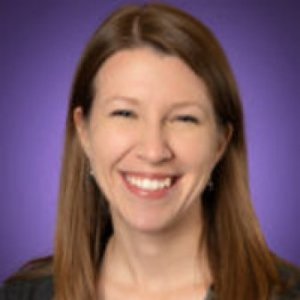 Emily Lund, PhD, CCC-SLP is an Assistant Professor in the Davies School of Communication Sciences and Disorders at Texas Christian University. Dr. Lund earned a Bachelor’s degree in Economics and Spanish, a Master’s degree in Speech-Language Pathology, and a Ph.D. in Speech and Hearing Sciences from Vanderbilt University in Nashville, Tennessee. Prior to receiving her Ph.D., Dr. Lund worked as a clinical, bilingual speech-language pathologist in the National Center for Childhood Deafness and Family Communication at the Vanderbilt Bill Wilkerson Center.

Dr. Lund’s research investigates the ways that oral language use contributes to spoken and written language learning in monolingual and bilingual children with hearing loss. Her work has been consistently funded by the National Institutes of Health (National Institute on Deafness and Other Communication Disorders) and the American Speech Language Hearing Foundation. Dr. Lund received the Fort Worth Business Press Healthcare Heroes Award in 2017 for her work in parent training for children with hearing loss.

Research in Communication Sciences and Disorders

“Lacks focus and effort”: Addressing the attention of mainstreamed children with hearing loss

Central Institute for the Deaf

About a year ago, I heard from a parent of a child with hearing loss I used to work with. She was concerned because her child’s school was exploring the possibility of an attention deficit disorder diagnosis for her third-grade daughter, and this parent was, understandably, overwhelmed. Increasingly, I am hearing this story from other parents of children with hearing loss: even though a child met “typical language development” benchmarks in early elementary school, as that child gets older, he or she starts to have trouble focusing in the classroom.

Talking on the run: The Cowtown faithful share common story

Emily Lund, 31, kept saying to herself “one of these days … one of these days … one of these days.” Well, her husband, an aspiring triathlete, made sure her day had come. “A marathon was always something that I wanted to do,” said Lund, a professor of speech language pathology at TCU’s Harris College of Nursing and Health Sciences. “Around my birthday in October, my husband signed me up so I’d have to train because I always said I wanted to do it.” While working in Nashville in 2009, Lund began running with a friend. In a familiar refrain, she “got kind of hooked.”

2019 This preliminary study investigated the effects of co-treatment by an adapted physical educator and speech-language pathologist on basic concept vocabulary learning in preschool children with Down syndrome as compared with the effects of treatment by either professional alone. In a Repeated Acquisition Design/Adapted Alternating Treatment study, 10 preschool children with Down syndrome were taught five basic concept words each week in a co-treatment intervention, in adapted physical education alone, or in speech-language therapy alone across 9 weeks. Each week, participants participated in a pre- and posttest. Four children learned the most words in the co-treatment condition and the remaining six children did not learn different numbers of words across conditions. Individual characteristics of children in the study were evaluated to determine possible factors that differentiate learning patterns among children. This preliminary study provides evidence that co-treatment may be effective for vocabulary teaching for some children with Down syndrome, particularly those with relatively high nonverbal intelligence.

2018 Purpose: The purpose of this study is to evaluate the effects of short-term parent training on maternal use of language stimulation strategies and vocabulary scores in children with hearing loss. Method: Six mother-child dyads participated in the multiple-baseline study. During baseline and maintenance, children engaged in a business-as-usual model of clinician-only therapy. During intervention, mothers and children participated in parent training focused on transparent labeling and linguistic mapping strategies. Parent strategy use was measured via weekly play-based probe assessments. Child vocabulary growth was measured via parent report. Results: A relation between parent training and use of transparent labeling was established for all mothers, and a relation between parent training and use of linguistic mapping was established for 3 of 6 mothers. Child vocabulary growth rate increased from baseline to intervention in 4 of 6 children. Conclusions: Short-term parent training can change parent behavior. However, parents may not maintain these skills without support. Further research is needed to characterize the extent to which short-term training can make long-term changes in parent and child outcomes.

Pairing New Words With Unfamiliar Objects: Comparing Children With and Without Cochlear Implants