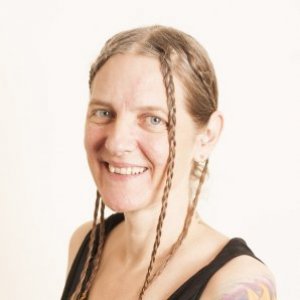 Dr. Fogarty has more than a decade of experience teaching the geospatial science of geography. She has teaching experience at both the undergraduate and graduate level, including hybrid and online classes.

Dr. Fogarty's past research focused on spatial and temporal variation in tropical cyclone activity related to large-scale climate variability. She has published a chapter entitled “Network Analysis of U.S. Hurricanes," in the book Hurricanes and Climate Change. Dr. Fogarty's current research is related to the geography of the tattoo industry, understanding the geography of virtual social media landscapes, and GIS education for K-12 teachers/students. 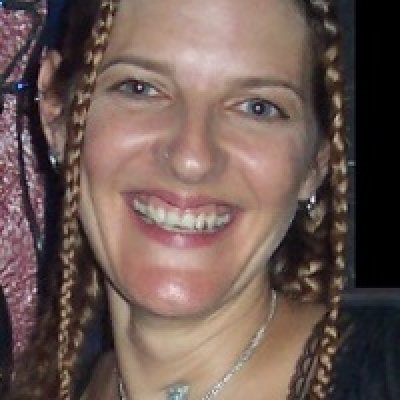 Recognition is given for exemplary support of the GIS profession and of the value of GIS technology.

The Geography of the Tattoo Parlor

The American Association of Geographers (AAG), a professional association with funding support from the Geography Education National Implementation Project, has developed a proposal for a new Advanced Placement course in Geographic Information Science and Technology (AP GIS&T). The Advanced Placement GIS&T course is designed to introduce high school students to the fundamentals of geographic information science and applications of powerful geospatial technologies for spatial analysis and problem solving. For AP GIS&T to be offered in high schools in the United States, the AAG needs to collect attestations from 250 U.S. high schools that confirm they have the interest and capacity to offer the course. In an attempt to support the AAG in achieving their goal an investigation of the potential high school partners for the proposed AP GIS&T course, using New York State (NYS) high schools located in Nassau and Suffolk counties was conducted. The outcomes of the study include:mapping of the potential high school partners, summarizing survey results to estimate the number of teachers at each high school that are already qualified to teach the AP GIS&T course and developing a list of high schools and count of teachers that would benefit from GIS professional development in order to qualify to teach the AP GIS&T course. A map of the potential high school partners located in Nassau and Suffolk counties interested and able to offer the AP GIS&T course are shared in this report along with the survey results.

Variations in Typhoon Landfalls Over China

2006 The interannual variability in typhoon landfalls over China is investigated using historical and modern records.

World and Its Peoples

This course is an exploration of the rich diversity of cultures and societies of the contemporary world, as well as an introduction to world geography and how it has shaped major developments in global history. Critical readings of recent ethnography will be used to examine themes such as ethnicity and migration, rural life and traditionalism, and family and kinship. Students will also be familiarized with the growth of cities, demographic changes, the development of a leisure culture, and attitudes towards work as we survey the major world regions (Southern Asia, the Pacific Rim, Sub-Saharan Africa, North Africa and the Middle East, the Americas, Europe, and Oceania). Furthermore, we will examine the interaction between humans and their physical environment, interrogate the role of language on national identity among peoples, and trace the evolution of world religions.

This course is an introduction to the study and design of map formats, symbology, coordinate systems, and how maps record the historical patterns of human behavior. The course will also examine maps as a tool to analyze human activity and societal development, and include important aspects of map data collection, processing, the Global Positioning System (GPS), quantitative mapping, and GIS-based mapmaking techniques.

This course introduces students to the study of the Earth as a system. We will cover the four major subsystems--the atmosphere, the hydrosphere, the lithosphere, and the biosphere--with a focus on the patterns and processes that shape the planet. The goal of the course is to provide students with a clear understanding of the complex and changing processes associated with physical geography, especially those which are important for solving environmental and economic problems associated with air, water, soil, flora, fauna, and other aspects of the natural world.