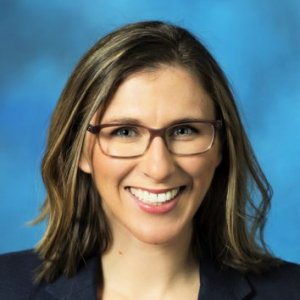 
Emily Deering Crosby is a rhetorical critic of popular culture with research concentrations in feminist criticism. 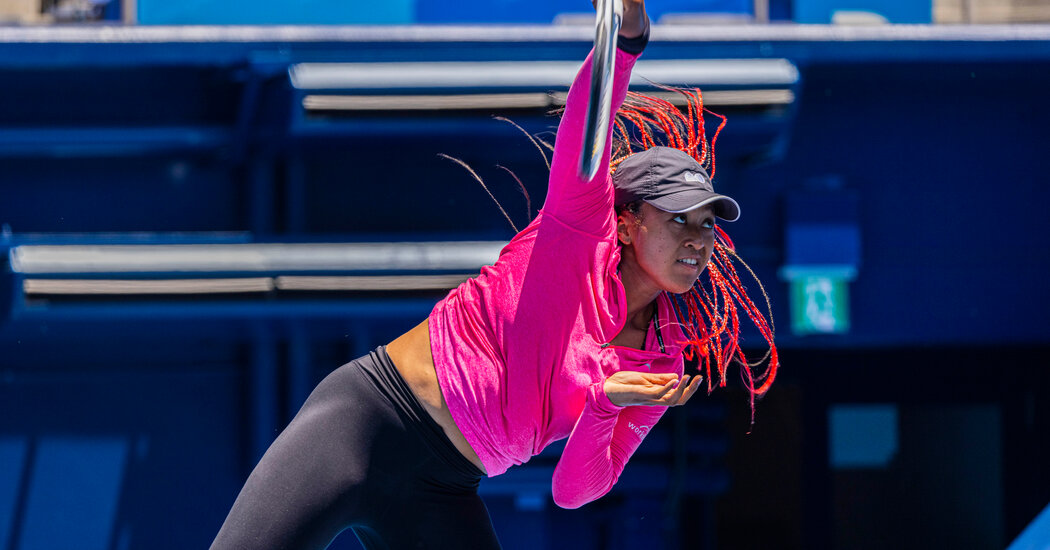 Two sets of rules? Black female athletes face an unfair amount of pressure when it comes to the Olympics 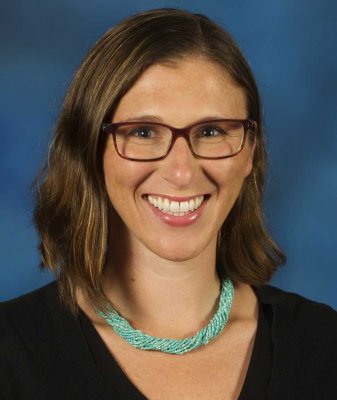 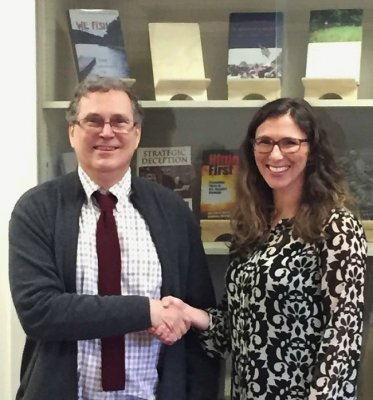 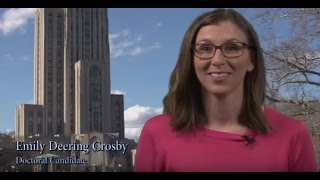 What do country stars like Patsy Cline and Dolly Parton, female Olympians and fundamentalist Christian mommy bloggers have in common? They’ve all been the focus of research by Emily Deering Crosby, a rhetorical critic of popular culture with research concentrations in intersectional feminist criticism, critical sport study, digital rhetoric and country music.

Dr. Crosby’s recent projects and publications are focused on sport culture and controversy, women in country music and negotiations of identity in digital spaces. Her book project, based on her dissertation, explores the rhetorical strategies employed by country music stars Patsy Cline, Dolly Parton, Bobbie Gentry and Loretta Lynn during the “second wave” of feminism, as means to temper radical sentiment and construct palatable personae amidst conservative gatekeepers.

A graduate of the University of Pittsburgh’s Ph.D. program in communication, Dr. Crosby also earned a Ph.D. certificate in gender, sexuality and women’s studies. She also holds a master’s degree from Indiana University-Purdue University Indianapolis and a bachelor’s degree from Allegheny College, where she was recently inducted into the college’s Athletics Hall of Fame, as the Allegheny Gators women’s lacrosse all-time leader.

Office of the Associate Dean for Undergraduate Studies Grants (professional)

Assistant Professors Adria Goldman and Emily Crosby introduced a Professional Communication course for students who expressed an interest in public relations and needed help with résumés and portfolios. [...] “Working in the virtual space can be challenging,” Crosby said, “but we remind students that digital technologies are continuously being used in professional communication in all areas.”

Adria Goldman, Emily Crosby, and Elizabeth Johnson-Young presented a panel at the National Communication Association’s virtual conference. The paper session, “You Can’t Call Them Crazy”: Framing and Considerations of Gender, Sexuality, and Mental Health in “Crazy Ex-Girlfriend,” shared the panelists’ research from a variety of lenses and methodologies regarding the messaging and impact of the CW musical-comedy television series that ran from 2015-2019.

Emily Deering Crosby, Assistant Professor of Communication, presented her research last Thursday and Friday at the National Communication Association Conference in Baltimore, MD. The title of her research presentation in the Feminist and Women’s Studies Division was “‘She went too far’: Exploring Patriarchal Critiques of Feminist Comedians Michelle Wolf and Samantha Bee,” which discussed patriarchal themes of manufactured catfights, double standards, and protection in critiques of feminist comedy.

Chased by the Double Bind: Intersectionality and the Disciplining of Lolo Jones

2016 Jeré Longman’s controversial 2012 New York Times article criticizing track star and U.S. Olympian Lolo Jones, which reached more than 30 million readers, contributes to the hegemonic ideologies that deride female athletes through double binds. Yet due to Jones’s gender, race, class, and sexuality, traditional double binds do not offer an adequate framework. Employing an intersectional approach that counters a tendency to highlight the experiences of privileged White women, I articulate the binds of feminine/athlete, poor/hustler, and virginal/exotic to complicate feminist communication scholars’ notion of the double bind and address interlocking, inseparable oppressions. Highlighting the significance of nuanced double binds that bridge feminist criticism and critical sport study, I consider the potential for feminist analysis to respond to the bias and backlash experienced by celebrity sportswomen.

2014 In the early months of 2010, former French President Nicolas Sarkozy told Parliament that the burqa is "not welcome" in France, citing this as a step to defend France against extremists. Employing Edward Said's theoretical notion of "Orientalism" as means of discussing the "Other," I argue for a more critical look at France's role in limiting religious freedom and denying notions of female agency. More specifically, I urge a more diversified view of feminism and female identity outside of the Western paradigm. By viewing the veil as a rhetorically universal symbol of oppression, Western feminists and political figures are missing the opportunity to recognize the diversity of religious adherence and feminist agency that exist in a variety of forms, some of which are highlighted in this paper. While touting the ban's role in promoting gender equality, Sarkozy employs "faux feminism" - a specious appropriation of feminist sentiment to rationalize Orientalist aims. In effect, this approach reifies Muslim women as victims in need of Western "heroes" while promoting a unique form of sexist Islamophobia.

2011 In this study, ideological criticism combined with use of muted group theory are employed to analyze four Quiverfull mothering blogs in order to unveil the models of mothering and maternal messages that emerge from the discourse. The Quiverfull, comprised of fundamentalist Christians who advocate prolific birth rates and strict traditional gender norms, propose a very narrowly defined view of motherhood. Therefore, the goal of this study is to analyze how Quiverfull mothers choose to construct and maintain their own rhetorical vision of motherhood through mommy blogs, in an effort to understand if Quiverfull mothers also struggle to “get it right” like so many other contemporary mothers, faced with cultural contradictions. The findings unveil that Quiverfull mothers struggle with many of the same ideological pressures that mainstream mothers endure such as being almost entirely responsible for childrearing, wanting to find time for themselves amidst society's demands that children become a mother's “everything,” and negotiating their role as mothers in the public sphere.