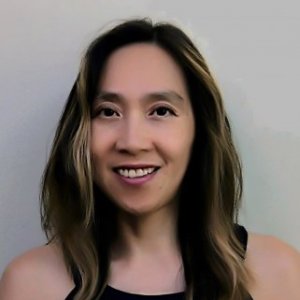 A globally aging population has positioned dementia to become the world’s leading cause of disability and dependency among older adults, bringing physical, psychological, social and economic challenges for families. Emma Bartfay, PhD, has devoted her much of her research to stemming the effects of dementia on individuals living with the conditions and their caregivers. An Associate Professor in the Faculty of Health Sciences at UOIT since 2005, Dr. Bartfay’s teaching and research has been guided toward this specialty.

Dr. Bartfay completed her Bachelor of Science at Brandon University in Brandon, Manitoba in 1990, and in 1994, she earned her Master of Science from the University of Waterloo in Waterloo, Ontario. As a graduate student she developed a love of research and was inspired by many professors who mentored her. She credits her role as a teaching assistant with fuelling her interest in teaching and mentoring others. In 1998, she completed her Doctorate in Epidemiology at the University of Western Ontario in London, Ontario, and followed her passion for teaching and research to pursue a career in academia where she could engage in both avenues.

Dr. Bartfay’s noted research has garnered many additional awards from the Canadian Institutes of Health Research, the Canadian Health Services Research Foundation, the Natural Sciences and Engineering Research Council of Canada, and National Cancer Institute of Canada. She is a member of the International Epidemiological Association and the Canadian Society of International Health.

For two years, Dr. Bartfay has been a member of the conference's technical committee. The 2018 conference theme focuses on the differences in health care across societies, and how government, private sector and public health collaboration is needed to ensure its accessibility and affordability for everyone. It also examines the role of health researchers and developers in advancing health care and medical science.

Editorial Board, Journal of Community Medicine and Health Care (professional)

This is an open access, peer reviewed, scholarly journal dedicated to publish articles covering all community medicine and health care. The journal aims to promote research communications and provide a forum for doctors, researchers, physicians and healthcare professionals to find most recent advances in all areas of community medicine.

Receiving this prestigious award early in her career enabled her to conduct groundbreaking research to advance the body of knowledge related to public health practice and policy.

If you plan to travel out of the country this summer, or even if you opt to stay close to home, a University of Ontario Institute of Technology researcher advises you to ensure your vaccines are up to date.

“An abundance of viruses circulate the world at any given time,” says Emma Bartfay, PhD, Associate Professor, Faculty of Health Sciences. “Unfortunately, many of us only pay attention when infections make headlines in the media.”

Dr. Emma Bartfay, Associate Professor, Faculty of Health Sciences at the University of Ontario Institute of Technology (UOIT), is a researcher who has dedicated many years of her career to understanding dementia care and caregiver burden.

A comparison of residential care facility and home care clients on dementia diagnosis in Ontario, Canada

A comparison of cognitive function at dementia diagnoses among facility residents with or without pre-existing condition in Ontario, Canada

Impact of global economic crisis on the health and well-being of laid-off automobile industry workers in Durham, Ontario

The health and well-being of laid-off automobile industry workers in Durham, Ontario

Quality of life of family caregivers of Alzheimer’s disease patients

The effects of the global economic downturn on GM autoworkers psycho-social health in Ontario, Canada: A phenomenological study