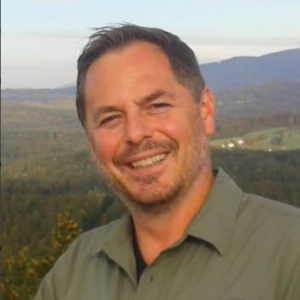 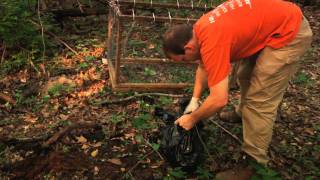 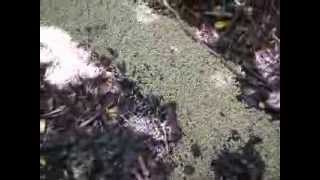 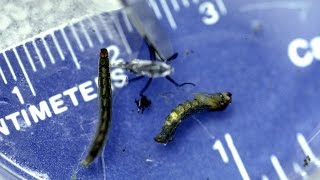 As a community ecologist, Benbow is studying how complex communities (e.g., aquatic insects or microbes) change, are distributed and can be used in various applications in medicine, disease and environmental management. Within entomology and aquatic ecology, his lab asks three general questions: 1) Is insect fitness influenced by the community of microbes living in or on them?; 2) What are the ecological interactions of insects with the microbial communities associated with their food resources?; and, 3) How can this information be used to inform resources management, human health and forensics? With a joint appointment in the College of Osteopathic Medicine, his lab seeks to answer these insect-microbe questions for translation into human health applications in addition to environmental health. Given the rich history of research in insect-microbe interactions that has focused on vectoring pathogens and co-evolved symbionts, coupled with the advanced ability to identify culturable and non-culturable bacteria using high throughput sequencing, a new generation of inquiry into the importance of the insect microbiome and their interactions in nature has tremendous potential for insect science. His research has recently been funded by the National Science Foundation, United State Forest Service and the National Institute of Justice, with previous funding received from the National Institutes of Health and United State Geological Survey.

For DVD entitled "Forensic entomology: collection and preservation of entomological evidence for court."

For DVD entitled "Forensic entomology: collection and preservation of entomological evidence for court."

“They took me to the lake and showed me the evidence collected: clothing, photos, autopsy report,” said Benbow. “I called around to colleagues, and we all agreed the lack of insect evidence was peculiar. If the body’s been in water for nearly three weeks, everything we know indicates it should be colonized by aquatic insects. When the body floated, it should have been colonized by terrestrial insects, unless the body only floated for a day or so. Then maybe you don’t see mature insects, but you should probably see eggs or maggots.”

Benbow was recently tapped to help a team of retired detectives investigate a sinister but widely disputed theory: that at least 45 college-age men found drowned across the country were actually murdered by a group the detectives call the Smiley Face Killers, named for graffiti found near the drowning sites.

In Every Murder, There Are Thousands of Tiny Witnesses

The most basic way to answer that is to identify the species of insect and see how far through its life it has gotten. Development depends on many factors like temperature and climate, and is different for each species, says Eric Benbow, a forensic entomologist at Michigan State University. Benbow did his PhD studying the life cycle of insects in Hawaiian streams, and how humidity, moisture, and temperature affect how fast they grow.

“Our hope is that we will eventually be able to fine-tune this microbial clock, so that we can predict time of death to within several hours, rather than plus or minus two to three days,” adds Eric Benbow at Michigan State University in East Lansing, who collaborates with Tomberlin. So far, they’ve identified five potential core species, and they are now trying to validate this with further swabs taken from recently deceased humans...

Which was why Schmidt had teamed up with a group of scientists — Heather Jordan, a microbiologist in Mississippi; and Eric Benbow and Jennifer Pechal, two entomologists in Michigan — to systematically swab bodies during routine death investigations. They hoped to gather testimony from an unusual set of witnesses: the microbes that live after we die...

2018 Decomposition contributes to global ecosystem function by contributing to nutrient recycling, energy flow, and limiting biomass accumulation. The decomposer organisms influencing this process form diverse, complex, and highly dynamic communities that often specialize on different plant or animal resources. Despite performing the same net role, there is a need to conceptually synthesize information on the structure and function of decomposer communities across the spectrum of dead plant and animal resources.

A large-scale survey of the postmortem human microbiome, and its potential to provide insight into the living health condition

2018 The microbiome plays many roles in human health, often through the exclusive lens of clinical interest. The inevitable end point for all living hosts, death, has its own altered microbiome configurations. However, little is understood about the ecology and changes of microbial communities after death, or their potential utility for understanding the health condition of the recently living.

2017 Preadult development of necrophagous flies is commonly recognized as an accurate method for estimating the minimum postmortem interval (PMImin). However, once the PMImin exceeds the duration of preadult development, the method is less accurate. Recently, fly puparial hydrocarbons were found to significantly change with weathering time in the field, indicating their potential use for PMImin estimates. However, additional studies are required to demonstrate how the weathering varies among species. In this study, the puparia of Chrysomya rufifacies were placed in the field to experience natural weathering to characterize hydrocarbon composition change over time. We found that weathering of the puparial hydrocarbons was regular and highly predictable in the field. For most of the hydrocarbons, the abundance decreased significantly and could be modeled using a modified exponent function. In addition, the weathering rate was significantly correlated with the hydrocarbon classes. The weathering rate of 2-methyl alkanes was significantly lower than that of alkenes and internal methyl alkanes, and alkenes were higher than the other two classes. For mono-methyl alkanes, the rate was significantly and positively associated with carbon chain length and branch position. These results indicate that puparial hydrocarbon weathering is highly predictable and can be used for estimating long-term PMImin.

A roadmap for bridging basic and applied research in forensic entomology

2011 The National Research Council issued a report in 2009 that heavily criticized the forensic sciences. The report made several recommendations that if addressed would allow the forensic sciences to develop a stronger scientific foundation. We suggest a roadmap for decomposition ecology and forensic entomology hinging on a framework built on basic research concepts in ecology, evolution, and genetics. Unifying both basic and applied research fields under a common umbrella of terminology and structure would facilitate communication in the field and the production of scientific results. It would also help to identify novel research areas leading to a better understanding of principal underpinnings governing ecosystem structure, function, and evolution while increasing the accuracy of and ability to interpret entomological evidence collected from crime scenes. By following the proposed roadmap, a bridge can be built between basic and applied decomposition ecology research, culminating in science that could withstand the rigors of emerging legal and cultural expectations.

A major role for mammals in the ecology of Mycobacterium ulcerans

2010 Mycobacterium ulcerans is the causative agent of Buruli ulcer (BU), a destructive skin disease found predominantly in sub-Saharan Africa and south-eastern Australia. The precise mode(s) of transmission and environmental reservoir(s) remain unknown, but several studies have explored the role of aquatic invertebrate species. The purpose of this study was to investigate the environmental distribution of M. ulcerans in south-eastern Australia.

Ecology and transmission of Buruli ulcer disease: a systematic review

2010 Buruli ulcer is a neglected emerging disease that has recently been reported in some countries as the second most frequent mycobacterial disease in humans after tuberculosis. Cases have been reported from at least 32 countries in Africa (mainly west), Australia, Southeast Asia, China, Central and South America, and the Western Pacific. Large lesions often result in scarring, contractual deformities, amputations, and disabilities, and in Africa, most cases of the disease occur in children between the ages of 4–15 years. This environmental mycobacterium, Mycobacterium ulcerans, is found in communities associated with rivers, swamps, wetlands, and human-linked changes in the aquatic environment, particularly those created as a result of environmental disturbance such as deforestation, dam construction, and agriculture. Buruli ulcer disease is often referred to as the “mysterious disease” because the mode of transmission remains unclear, although several hypotheses have been proposed. The above review reveals that various routes of transmission may occur, varying amongst epidemiological setting and geographic region, and that there may be some role for living agents as reservoirs and as vectors of M. ulcerans, in particular aquatic insects, adult mosquitoes or other biting arthropods. We discuss traditional and non-traditional methods for indicting the roles of living agents as biologically significant reservoirs and/or vectors of pathogens, and suggest an intellectual framework for establishing criteria for transmission. The application of these criteria to the transmission of M. ulcerans presents a significant challenge.

2008 Mycobacterium ulcerans, the causative agent of Buruli ulcer, is an emerging environmental bacterium in Australia and West Africa. The primary risk factor associated with Buruli ulcer is proximity to slow moving water. Environmental constraints for disease are shown by the absence of infection in arid regions of infected countries. A particularly mysterious aspect of Buruli ulcer is the fact that endemic and non-endemic villages may be only a few kilometers apart within the same watershed. Recent studies suggest that aquatic invertebrate species may serve as reservoirs for M. ulcerans, although transmission pathways remain unknown. Systematic studies of the distribution of M. ulcerans in the environment using standard ecological methods have not been reported. Here we present results from the first study based on random sampling of endemic and non-endemic sites. In this study PCR-based methods, along with biofilm collections, have been used to map the presence of M. ulcerans within 26 aquatic sites in Ghana. Results suggest that M. ulcerans is present in both endemic and non-endemic sites and that variable number tandem repeat (VNTR) profiling can be used to follow chains of transmission from the environment to humans. Our results suggesting that the distribution of M. ulcerans is far broader than the distribution of human disease is characteristic of environmental pathogens. These findings imply that focal demography, along with patterns of human water contact, may play a major role in transmission of Buruli ulcer.