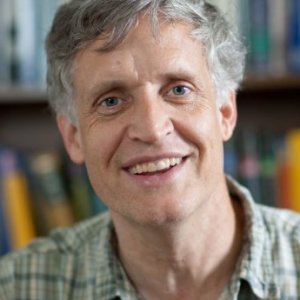 Having researched particle physics for more than 25 years, Eric Carlson is an expert in understanding how the universe is put together at the most fundamental level.

Though his research on particle astrophysics, numerical general relativity and semi-classical gravity has been published in peer-reviewed scientific journals and gained national recognition, Carlson is also known for his skeptical views on a variety of supernatural and extraordinary claims, including numerology, ghosts, and supposed supernatural powers.

NBC Nightly News, USA Today, CNN, Huffington Post, and BBC Radio interviewed Carlson about 11/11/11 for his expertise on numerical patterns. Carlson also demands scientific explanations for the seemingly inexplicable whereas most would simply classify certain activities as “paranormal.” Along those lines, he has also widely debunked any notion that Friday the 13th is an unlucky date or that the Vernal Equinox offers any special powers.

In his study of the world’s tiniest particles, Carlson takes a patient – and skeptical – approach to seeing the big picture. Throughout most of his career, false alarms about the elusive Higgs boson, or so-called “God particle,” have dominated scientific headlines. Though not yet a definitive discovery, Carlson says identifying the long-sought lynchpin of how the universe is made would be on par with effectively proving The Big Bang Theory. 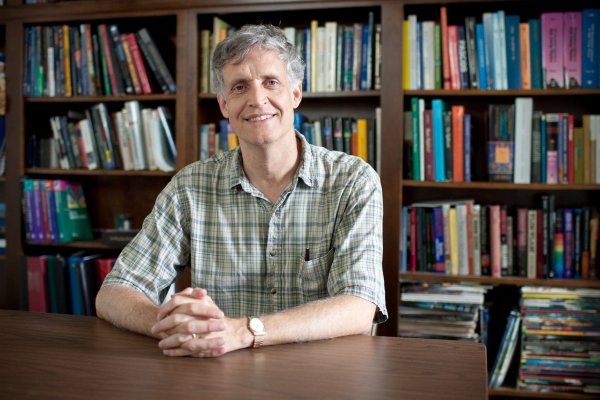 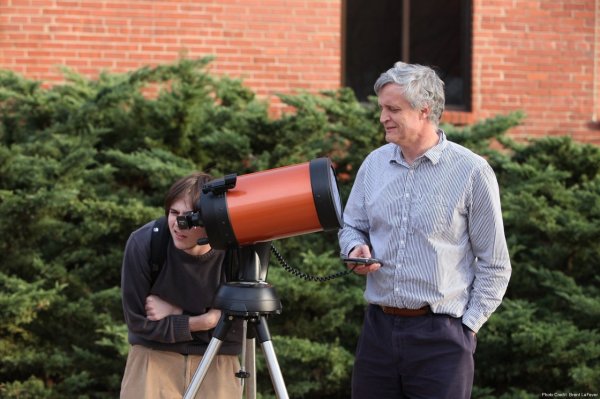 Historic moon-landing remembered by county residents ahead of 50th anniversary

“Everyone said, ‘We’ve got to beat the Russians,’ but space travel was still risky,” Carlson said. “The solution for the Apollo missions was to launch at a good time and hope for some luck that they wouldn’t encounter a solar flare.”

While the Earth is always bombarded with radiation from the sun, the Earth’s magnetosphere acts as a shield, Carlson said. Traveling to the moon increases the risk for high radiation exposure.

Eric Carlson never put much stock in Friday the 13th. In fact, the Wake Forest University professor once led a group called the Carolina Skeptics, who would gather every Friday the 13th and encourage people to do "unlucky" things, just to prove that the world wouldn't end as a result...

On 12/13/14 one last chance to indulge in sequential date frenzy — this century, anyway

Things aren’t looking good from the numerology perspective, so how about we bring in a skeptic. Eric Carlson is a professor at Wake Forest University, where he researches particle physics. On 11/11/11, he became the expert voice of dissent in the fun-number-date craze...

Eric Carlson is a man of science. The physics professor at Wake Forest University says people are attracted to repetitive numbers because "our brains are just pattern-matching machines."

"If you happen to glance at the clock and it's 11:11, you will remember that," Carlson says. "But I don't think there is any mystical significance to it."...

While the numbers game makes for a good story, Eric Carlson, a physics professor at Wake Forest University and an admitted numerology skeptic, has a number of reasons why 11/11/11 is not particular special, other than the fact that writing it out numerically might look neat...

Pseudoscalar particles θ usually couple electromagnetically by an interaction of the form 1 4 gθF F, allowing them to convert to photons in the presence of magnetic fields. Notably, new low-mass pseudoscalars emitted from supernova (SN) 1987A would have been converted ...

Nucleosynthesis versus the mirror universe Physics Letters B

The effect of Wolfenstein neutrino-oscillation enhancement on atmospheric neutrinos is considered. The effect of these neutrino oscillations on data from proton-decay experiments is discussed...