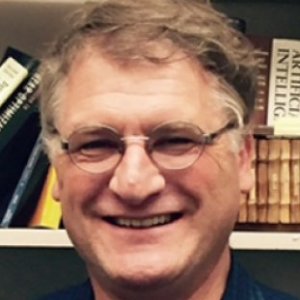 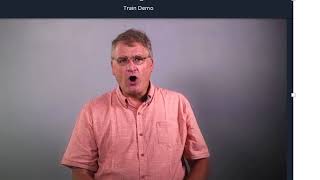 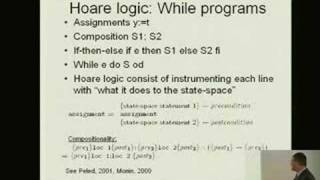 Eric Feron has been the Dutton-Ducoffe Professor of Aerospace Software Engineering at the Georgia Institute of Technology since 2005. Prior to that, he was on the faculty of MIT's department of Aeronautics and Astronautics from 1993 until 2005. He holds his BS, MS and PhD degrees from Ecole Polytechnique, France, Ecole Normale Suprieure, France and Stanford University, United States. Eric Feron's interests are to use fundamental concepts of control systems, optimization and computer science to address important problems in aerospace engineering, including: Aerobatic control of unmanned aerial vehicles, multi-agent operations, including air traffic control systems and aerospace software system certification. Eric Feron has published two books and several research papers; his former research students are distributed throughout academia, government and industry. He is an advisor to the Academy of Technologies, France. When he is not in his office, Eric Feron may be found sailing along the coast of Florida.

Wait for It: Why Boeing 737 Max Software Fix Is Taking So Long

Software engineers need to ferret out ripple effects and unintended consequences, said Eric Feron, an aerospace software engineer at the Georgia Institute of Technology. “You have to look at the way the human is going to operate the plane. You have to consider the interactions with hardware, and other software,’’ he said. “We want to be sure, if we can be sure, that we have no negative interactions between software systems.’’

Eric Feron, professor of aerospace software engineering at the Georgia Institute of Technology, told Xinhua that there was a cross-compatibility problem with Boeing's willingness to make the 737 MAX 8 be "the same aircraft" as the previous 737 models, while improving its fuel consumption.

Why Were Ethiopian Airlines’ Black Boxes Sent to Paris for Examination?

The level of damage for the Ethiopian Airlines flight meant “the investigators need to be able to directly read into the memories of the black boxes, because the standard interfaces probably cannot be used,” says Eric Feron, professor of aerospace software engineering at Georgia Tech.

Helicopters Teach Themselves to Do Aerial Maneuvers

"I think the range of maneuvers they can do is by far the largest" in the autonomous helicopter field, said Eric Feron, a Georgia Tech aeronautics and astronautics professor who worked on autonomous helicopters while at MIT. "But what's more impressive is the technology that underlies this work. In a way, the machine teaches itself how to do this by watching an expert pilot fly. This is amazing."...

2019 This paper aims at presenting a novel way of predicting and analyzing air traffic delays using publicly available data from social media with a focus on Twitter data. Three different machine learning regressors have been trained on this 2017 passenger-centric dataset and tested for the prediction up to five hours ahead of air traffic delays and cancellations for the first two months of 2018. Comparing and analyzing different accuracy measures of their prediction performances show that this dataset contains useful information about the current state and short-term future state of the air traffic system. The resulting methods yield higher prediction accuracy than traditional state-of-the-art and off-the-shelf time-series forecasting techniques performed on flight-centric data. More over a post-training feature importance analysis conducted on the Random Forest regressor allowed a simplification and a refining of the model, leading to a faster training time and more accurate predictions. This paper is a first step in predicting and analyzing air traffic delays leveraging a real-time publicly available passenger-centered data source. The results of this study suggest a method to use passenger-centric data-sources both as an estimator of the current state of air traffic delays as well as an estimator of the short-term state of air traffic delays in the United States in real-time.

American Institute of Aeronautics and Astronautics