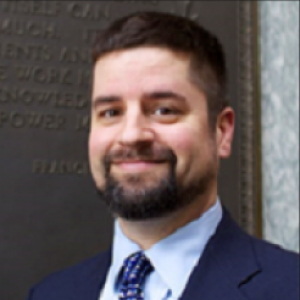 His latest projects involve how Connected and automated vehicles will impact safety and society and the barriers to adoption of this new technology.

“Our year-to-date trends are around 30 to 40 fatalities higher than they have been, probably in the past 20 to 30 years,” said Eric Jackson, director of the Connecticut Transportation Safety Research Center (CTSRC) at the University of Connecticut. Jackson said during the pandemic, with fewer cars on the road, speeds began to escalate into the 80 and 90 mile per hour range. Those higher speeds, according to motorists we spoke with Tuesday, still exist on some roadways.

The research codifies what has been reported by transportation officials and law enforcement immediately in the weeks that followed the early COVID-19 restrictions. By the beginning of May, 25 more people died in crashes in the state this year than last, according to Eric Jackson, executive director of the Connecticut Transportation Institute at the University of Connecticut. The figures, Jackson said, were 87 deaths through May 1 in 2020 and 62 deaths during the same period in 2019.

There are fewer cars on the roads during Connecticut’s stay-at-home order, but there are more deadly crashes, data show

Tempted by the open roads created by coronavirus stay-at-home rules, drivers are speeding and causing more deadly wrecks than in the past two years, UConn crash data show. As of May 1, 25 more people died in crashes in the state this year than last. Eighty-seven people have died in crashes in 2020, compared to 62 who died in the same time period last year, according to Eric Jackson, executive director of the Connecticut Transportation Institute at the University of Connecticut.

As pot proliferates, new concerns behind the wheel

Eric Jackson, the director of the research center said, “there’s very little research on impairment and marijuana and alcohol are not the same.” Jackson and his team are trying to push for the technology that would do the same type of thing that a breathalyzer does for alcohol detection -- but such devices don’t exist yet.

Driving their safety message with ‘Every Second Matters’ symposium

The strategy of the "Every Second Matters" Symposium is to drive home driving safety messages, especially when it comes to distracted driving. The event was a collaboration between the Travelers Institute and the Connecticut Transportation Safety Research Center at UConn.

According to Eric Jackson, the director of the transportation safety research center at UConn, the simulator will help educators, students and the public, better understand the increasing presence of autonomous vehicles. "There are substantial safety benefits that will come from automated self-driving cars," Jackson said. "And it's not just self driving cars, it's connected vehicles too."

Eric Jackson, a research professor at UConn’s School of Engineering and the director of the Connecticut Transportation Safety Research Center, reached out to the town of Mansfield about applying for the program, and interim Town Manager John Carrington said recently town staff is supportive of the idea. Jackson said UConn would be a good setting for the program, testing the technology in its shuttle system on campus. Jackson said he has meetings set up with university officials to discuss the program, and said he already has had talks with an autonomous vehicle company that is testing the technology at the University of Michigan. Jackson said that testing the technology at UConn would be a boon to the Connecticut Transportation Safety Research Center, which examines crash data in hopes of finding ways to reduzce the number of crashes and crash fatalities in the state. “Having that research here in a hands-on way would expand our research and really help us see the potential impact of this technology,” he said.

Connecticut May Use High Tech Tools to Stop Wrong-Way Drivers

Since many of the drivers in wrong-way crashes don't survive, it's difficult to determine where they got onto the highway going the wrong way. "Knowing exactly where to put those in is going to be the challenging part," Eric Jackson with the UConn Crash Data Repository, said. "To determine exactly where those hot spots are and those confusing interchanges where people are going the wrong way."

With the number of deaths totalling more than 50 in 2016, the state reached the highest number of pedestrian fatalities related to motor vehicle accidents since 1995, said Eric Jackson, director of the Connecticut Transportation Safety Research Center, which runs the crash data repository at UConn. Data is still being compiled and updated, Jackson said, but a search on the repository this week revealed that there were 54 pedestrian fatalities from motor vehicle crashes already reported for last year.

Analysis of a Method for Bias Reduction in Electronic Travel Surveys

The 2012 91st annual meeting of the Transportation Research Board  Washington, DC - 2012

The 2011 90th annual meeting of the Transportation Research Board  Washington, DC - 2011

Digital Preservation of a Highway Photolog Film Archive in Connecticut.

The 2012 91st annual meeting of the Transportation Research Board  Washington, DC - 2012

Traffic is down on American highways during the pandemic, but vehicle deaths are up – here’s how to stay safe on the road

Although there are fewer cars on America’s roads since the pandemic began, the number of fatal car crashes has increased. Early nationwide data supports this counterintuitive finding: Although daily trips from households fell by as much as 35% in 2020, preliminary traffic fatality count data for the first nine months of 2020 shows 28,190 people died in motor vehicle traffic crashes - a 4.6% increase compared with the same period in 2019. The same trend has been reported in countries outside the U.S., such as Australia, where less traffic has not produced fewer road deaths.

Analysis of Real-World Lead Vehicle Operation for the Integration of Modal Emissions and Traffic Simulation Models.

Journal of the Transportation Research Board

New models and data are needed in microscopic traffic simulation tools to allow effective use with newer modal tailpipe emissions models. Traffic simulation models offer the ability to simulate large, second-by-second vehicle operation data sets as input for emissions models. However, more data are needed to improve simulation of second-by-second vehicle speed. This research analyzes and models the vehicle dynamics of unconstrained drivers in real-world driving situations based on road geometry. Vehicle dynamics data were collected by using an instrumented vehicle driven by 22 volunteers over a 17-mi predetermined test route. The objective of this research was to analyze and model the nonrandom speed variations in unconstrained lead drivers. The results of this study suggest that horizontal and vertical curvatures have a significant impact on the second-by-second operation of an unconstrained lead vehicle. Furthermore, these nonrandom changes in speed are important considerations since they can produce considerable variations in the level of tailpipe emissions.

Transit buses represent a significant source of particulate exhaust emissions, especially in urban areas, but few previous studies have quantified these emissions by using real-world, onboard sampling while the vehicles operate in the transportation network. In this study, real-world particle number emissions for hybrid diesel–electric (HDE) and conventional diesel (CD) buses are examined for various vehicle operating conditions and road types in the Hartford, Connecticut, region. The results presented in this paper are based on analysis of the unique second-by-second Connecticut Transit on-road transit bus emissions and operations data set collected between January and November 2004. The modal analysis results indicate that hybrid buses operate differently than do conventional diesel buses. Although the distributions of vehicle specific power (VSP) values (in kw) were similar for the two bus types, the distributions of engine operation parameters (load and speed) were different. More important, VSP alone cannot be used to distinguish between vehicle types for modeling engine operation of, and possibly emissions from hybrid and conventional vehicles. Furthermore, modal analysis of ultrafine particle emissions indicates that in some situations the HDE buses do not outperform the CDs and may even produce higher emission rates than do the CD buses tested. Thus, there are routes and conditions in which transit authorities should avoid the use of HDE buses similar to those tested here when particle emissions are of concern. The observed high particle emissions on steep uphill grades for hybrids indicate that careful route selection for hybrid buses is warranted to optimize the environmental benefits of the hybrid vehicles.

An instrumented minivan on a 30-mi (48-km) test route was used to measure second-by-second vehicle operating characteristics as well as tailpipe particulate and gas emissions. The research objectives were (a) to quantify the variability of gas and particulate emissions between 12 drivers and (b) to measure the relative emissions levels on freeways, signalized arterials, rural two-lane arterials, and local roads. The results reaffirm that individual drivers significantly affect emissions levels. All emissions concentrations were also systematically related to road type. Furthermore, drivers could be grouped by emissions level, but these groupings differed by pollutant and by road type. More data are needed to elucidate driver–road type interactions and to characterize the regional driver pool for more robust microscale emissions models. The relative importance of driver type compared with the importance of other factors known to affect emissions needs to be quantified. Finally, two key issues were identified as affecting the accuracy of instantaneous emissions measurements: instrument response time effects on data alignment and accurate quantification of the full range of on-road exhaust flow rates.

This paper evaluates the ability of Global Positioning System (GPS) receivers to determine accurately the second-by-second operating mode of a vehicle in the real-world transportation network. GPS offers the ability to obtain second-by-second velocity directly and to obtain acceleration data indirectly from a vehicle traveling in the real-world traffic network. Although GPS has been used successfully in travel behavior and route choice surveys, the uncertainty in accuracy of velocity and acceleration data obtained from the GPS warrants further investigation to gain a better understanding of the range and spatial distribution of vehicle emissions. In this study, data from two GPS receivers and a Scan-Tool were collected over five repetitions of a 65-mi route. The results indicate that GPS receivers perform as well as the ScanTool when measuring velocity. Furthermore, the GPS receivers determined the 1-s operating mode of the vehicle successfully when measured against the ScanTool. These results will aid in the future development of vehicle emissions models and allow for an analysis of real-world emissions based on real-world operating mode data.

A large field-measured international roughness index (IRI) data set was collected in the summer and fall of 2001 on 650 highway kilometers with sections containing full-depth hot-mixed asphalt (HMA) and HMA over portland cement; the set was used to investigate the relationships between IRI, rutting, and pavement cracking. Parametric statistical analysis, linear regression, and neural network models were used with a large database of 65,530 observations (10-m intervals). The goal was to investigate the relationship between both rutting and cracking (estimated from photolog images obtained at the same time field data were collected) and IRI. Specifically, the objective was to determine if these relationships were consistent enough to allow IRI, the more easily measured quantity, to be used as a surrogate for the others or if the effort and resources to collect all three measures were necessary in pavement management programs. The results indicate that while statistically significant relationships exist between IRI and both cracking and rutting, these relationships are not strong enough for IRI to be used as a surrogate measure for pavement condition. The weak predictive relationships are further evidenced by the lack of success in training a neural network that could significantly outperform linear regression models. It was concluded that IRI, while appropriate for measuring rideability, was not appropriate for measuring cracking or rutting.