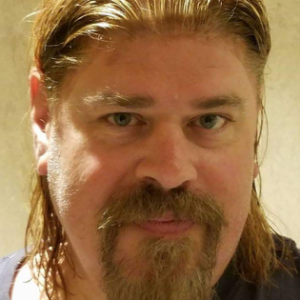 
Dr. Lorentzen is an expert on Charles Dickens and 19th-century British literature.

"In 'Great Expectations,' Dickens questions the construction of gender identity, forcing us toward a revision of how we define masculinity, and what it takes to be a gentleman in a society that perpetuates male violence, possessiveness, and control as its distinguishing features," Dr. Lorentzen wrote in an op-ed in tribute to Dickens' 200th birthday. "In the same novel, and elsewhere in 'Oliver Twist' and 'Bleak House,' he cogently explores the pathology of domestic abuse, and the societal forces that enable violence against women."

Dr. Lorentzen has published articles in numerous professional journals, including Dickens Studies Annual, The Review of Education, Pedagogy and Cultural Studies, Victorian Newsletter, and The Virginia Woolf Miscellany. He has presented scholarly papers at more than two dozen national and international conferences.

His current research explores the rise of mass literacy in 19th century England and the ways in which pedagogical institutions often marginalized, rather than empowered, at-risk readers such as women, the working classes, and colonial subjects.

Awarded by Pennsylvania State University to recognize graduate student teaching assistants for superior instruction in the areas of physical science and engineering, life sciences, social and behavioral sciences, and the arts and humanities.

Is Teaching Sherlock Holmes as an Undergraduate Literature Course Too 'Elementary?'

Teaching Dickens and Cultural Studies in the 21st Century

"Only Connect": Doing Dickens, Cultural Studies, and Anti-Disciplinarity In the University Literature Classroom

In "Writing against the Curriculum: Anti-Disciplinarity in the Writing and Cultural Studies Classroom," edited by Randi Gray Kristensen and Ryan M. Claycomb.

Dickens at 200: Still relevant after all these years

As we approach the bicentennial of Charles Dickens' birth on Tuesday, Feb. 7, the most fitting tribute we can offer to the man, who first wrote and became famous under the pen name "Boz," is to examine the ways in which his work still speaks to our lives. As professor of 19th-century British literature, I have the daunting task of convincing undergraduates that reading Dickens' novels, often approaching a thousand pages long, will be a worthwhile endeavor from which they will glean valuable insight about their own worlds. Although they may be skeptical at first, students soon recognize the multitude of ways that Dickens still helps us to negotiate our own times as well as his. I would like to offer a few of these Dickensian epiphanies, a small fraction of the connections, as brief memorial to his enduring influence.

Reading the Institution: Charlotte Bronte’s Visual Literacy and Sites/Sights of Resistance in Shirley

In "Gender and Victorian Reform," edited by Anita Rose.

Obligations of Home: Colonialism, Contamination, and Revolt in Bleak House

Critics have long recognized, although they have rarely agreed upon, Dickens' treatment of Victorian colonialism in Bleak House. Scholars have also identified the multiple variations of disease and filth in the novel. This essay explores the crucial connection between colonialism and contamination in the novel, and the ways in which the infection in Bleak House signifies political revolt. Furthermore, the dis-ease of revolution in the text leads to the ultimate contamination of the text itself, as the infection of revolt spreads through the narrative like a pestilence. By examining how these three focal points in the novel coalesce, the essay presents a more comprehensive view of Dickens' social criticism of the early 1850s and specifically situates Bleak House as his most sustained polemic against colonialism.

Why the Novel (Still) Matters: Doing Student-Centered Cultural Studies in the Literature Classroom

In this essay, the author attempts to demonstrate the efficacy and exigency of adopting a cultural studies methodology in the university literature classroom. Following the advice of E. M. Forster's Margaret Schlegel, he has put his trust in a pedagogical philosophy, and praxis, that on a number of levels attempts to "only connect." The primary connection that allows him to be successful in the classroom is the one he forges between the texts that they study and the real lives of students who read them.

The article explores the preservation of rural educational epistemologies learners as represented in the book "Far from the Madding Crowd," by Thomas Hardy. In the book, the rural learner population is in danger, frequently victimized by modern forms of education and put at risk by modern literacies, theoretical systems and pedagogical practices. The novel depicts the disparities between modern town thought and rural epistemologies because of the stable Weatherbury locale.