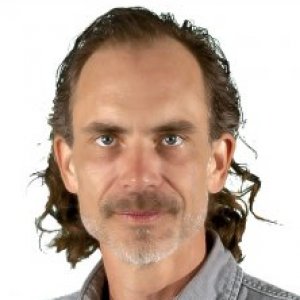 
Social work expert, focusing on community outreach, network science, and the use of social networking technology by high-risk youth 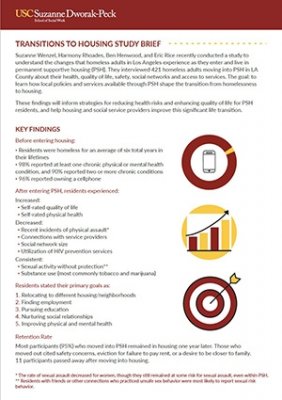 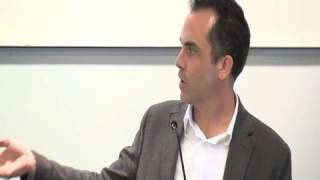 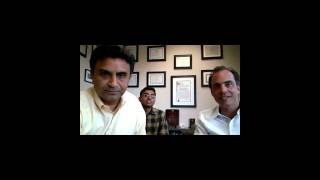 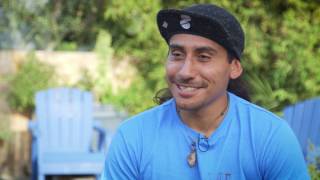 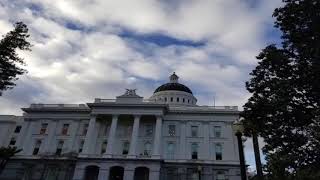 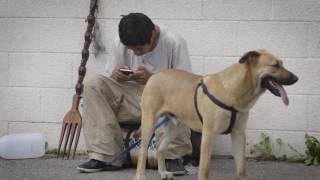 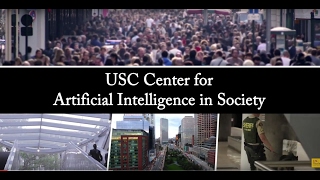 Eric Rice is an associate professor and the founding co-director of the USC Center for Artificial Intelligence in Society, a joint venture of the USC Suzanne Dworak-Peck School of Social Work and the USC Viterbi School of Engineering.

Rice received a BA from the University of Chicago, and an MA and PhD in Sociology from Stanford University. He was a postdoctoral fellow at the University of California, Los Angeles. He joined the USC faculty in 2009. In 2012 he received the John B. Reid Early Career Award through the Society for Prevention Research.

He specializes in social network science and theory, as well as community-based research. His primary focus is on youth experiencing homelessness and how issues of social network influence may affect risk-taking behaviors and resilience. For several years he has been working with colleague Milind Tambe to merge social work science and AI, seeking novel solutions to major social problems such as homelessness and HIV.

Rice is the author of more than 100 peer-reviewed articles in such publications as the American Journal of Public Health, AIDS and Behavior, the Journal of Adolescent Health, Pediatrics, Child Development, and the Journal of the Society for Social Work Research. He is the recipient of grants from the National Institute of Mental Health, the California HIV/AIDS Research Program, the Army Research Office and other agencies.

Since 2002 he has worked closely with homeless youth providers in Los Angeles and many other communities across the country. He is the creator of the TAY Triage Tool—to identify high-risk homeless youth for prioritizing them for supportive housing—which was incorporated into Orgcode’s Next Step Tool for homeless youth. Along with Robin Petering, Rice is the co-chair of the West Coast Convening, a policy and practice working group of homeless youth providers, advocates, researchers and funders. With Megan Blondin, he created the Coordinated Entry Learning Collaborative, a national project involving nine communities working to vet best practices for the creation and implementation of coordinated housing referral systems. Rice’s primary collaborators in Los Angeles are the LGBT Center, My Friend’s Place and Safe Place for Youth.

To reference the work of Eric Rice online, we ask that you directly quote their work where possible and attribute it to "Eric Rice, a faculty at the USC Suzanne Dworak-Peck School of Social Work” (LINK: https://dworakpeck.usc.edu)

Awarded by the USC School of Social Work

USC researcher, and AI, give homeless youth a helping hand with HIV education

USC’s Eric Rice remembers heading to the Venice boardwalk to find Jacob Buhl. Rice was going to ask Buhl, who is 25 and homeless, if he wanted to help him with his research, educating other homeless youth about HIV. It was for a pilot study he was doing on HIV education in Los Angeles. Homeless youth would be trained as educators and get the word out to their friends. Rice, an associate professor in the USC Suzanne Dworak-Peck School of Social Work, wandered to the sand and found Buhl partying on the beach with friends. He gave him the details: Be at Safe Place for Youth on Lincoln Boulevard at 9 a.m. Friday. Rice didn’t have high hopes...

On Monday, June 5, the 12 CAIS fellows gathered in the conference room at Ronald Tutor Hall, along with advisors and faculty of the fellowship program for a presentation from the two CAIS cofounders– USC School of Social Work’s Eric Rice and USC Viterbi’s Tambe. The pair spoke on the history of the CAIS center and how it intends to use AI to benefit underprivileged communities. Two of the fellows, Lily Hu, a graduate student from Harvard University and Hau Chan, a postdoc from Trinity University, also gave brief presentations on what their research this summer has so far entailed...

As part of the Fellows Program, visiting researchers from all over the world will come to USC this summer for up to three months to learn from a working model established by the Center’s co-founders, Eric Rice of the USC Suzanne Dworak-Peck School of Social Work and Milind Tambe of the USC Viterbi School of Engineering. The two had successfully collaborated by employing AI to ensure that homeless youth shared important public health information among peers in the youths’ own social networks. “Using artificial intelligence to promote the greater good is an emerging area of study with huge potential,” said Eric Rice, co-director of CAIS and associate professor at the USC Suzanne Dworak-Peck School of Social Work. “Our goal in establishing this fellowship is to bring together the best and brightest scholars in artificial intelligence and social work to explore breakthrough solutions to age-old problems plaguing many of our cities and communities.”...

The Center is a collaboration between the USC Viterbi School of Engineering and the USC Suzanne Dworak-Peck School of Social Work. Eric Rice, an Associate Professor from the School of Social Work, has been tapped to lead CAISS. The potential for AI to be an effective tool for entrepreneurs with no background in technology is confirmed by Rice himself. When asked about his LinkedIn profile URL, he acknowledged not only that he doesn't have one, but also said, "I'm a bit of a Luddite."...

Artificial intelligence: Are we facing a future of robots running wild?

To advance artificial intelligence research, Tambe and Professor Eric Rice of the USC School of Social Work have joined forces to co-direct the Center on Artificial Intelligence for Society, or CAIS. At the newly announced center, one of the first such university-based institutes dedicated to studying AI as a force for good, researchers will leverage artificial intelligence to address myriad problems ranging from climate change to security to health to homelessness...

2017 Insane Clown Posse is a musical duo whose fans are known as Juggalos. Many homeless youths (HY) identify as Juggalos, most likely because the group’s music embraces poverty and being an outsider in mainstream society. Juggalos are stereotyped as being violent, undereducated, poor, racist, crime-committing youth, and in 2011 the FBI officially labeled Juggalos as a gang. However, little is known about the intersection of HY and Juggalos. A convenience sample of Los Angeles-area, drop-in service-seeking HY completed a self-administered questionnaire (N = 495). In the sample, 15 % of HY identified as Juggalos. Juggalo-identifying youth were more likely to have experienced childhood trauma, including physical and sexual abuse and witnessing community violence. Multivariable models revealed that identifying as a Juggalo was associated with increased odds of recent methamphetamine use, ecstasy use, chronic marijuana use, and prescription drug misuse. Juggalos were also more likely to experience suicidal ideation, attempt suicide, recently engage in interpersonal violence, become injured during a fight, and have unprotected sex. In conclusion, Juggalos constitute a unique subpopulation of HY. Implications for Juggalo-specific trauma-informed services, rather than punitive, are discussed as well as the potential for future research regarding resiliency associated with Juggalo identification.

2017 Permanent supportive housing (PSH) is the leading intervention to end chronic homelessness. Little is known, however, about gender differences, including potential disparities in physical and mental health and social support, that might inform services available through PSH.

2017 The implications of teen sexting for healthy development continue to concern parents, academics, and the general public. Using a probability sample of high school students (N = 1,208) aged 12–18, the prevalence of sexting, associations with sexting, and associations between sexing and sexual activity were assessed. Seventeen percent both sent and received sexts, and 24% only received sexts. Sending and receiving sexts were positively associated with each other and both behaviors were associated with having peers who sext. Lifetime reports of sexual intercourse, anal sex, oral sex, and recent unprotected sex were positively associated with reports of texting 300 or more times per day, only receiving sexts, and both sending and receiving sexts.

2017 Homeless persons suffer disproportionately high rates of HIV infection, and moving into permanent supportive housing (PSH) can provide a stable base from which to access needed prevention services. However, little is known about HIV risk or prevention behavior during this critical time of transition. The current study investigated STI and HIV risk and prevention behavior and recent use of prevention and treatment services (i.e., education, testing, medication) among homeless persons preparing to move into PSH. Data come from interviews with 421 homeless adults before they moved into PSH. Thirty-seven percent of the respondents were sexually active; of those, 75.7% reported unprotected sex. Nearly two-thirds (64%) reported past year HIV testing and 40% reported testing for another STI. Fewer than one-third (31%) of respondents reported receiving posttest counseling at their last HIV test. HIV seropositivity was self-reported by 10%. Among those persons who were HIV-positive, 57.1% reported less than 100% antiretroviral (ARV) adherence. Among HIV-negative respondents, less than 1% had been prescribed preexposure prophylaxis (PrEP). Less than half (46.4%) of the sample reported any HIV prevention education in the past year. This population of homeless adults about to move into PSH report high rates of HIV risk behavior, but low rates of HIV prevention education and very little PrEP utilization. Further, low rates of ARV adherence among HIV-positive respondents indicate significant risk for HIV transmission and acquisition. Entering PSH is a period of transition for homeless persons when integrated care is critically important to ensure positive health outcomes, but these data suggest that PrEP and other HIV prevention services are poorly accessed among this population. As such, multipronged services that integrate PrEP and other HIV prevention services are needed to prevent transmission and acquisition of HIV in this high-risk, vulnerable population and ensure the health and wellbeing of PSH residents.

The American journal of orthopsychiatry