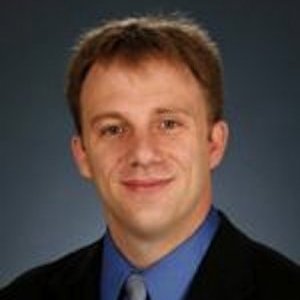 “I am not saying my illness is totally responsible for my drug addiction,” Jones said, “but I know that when I started on opiates it was to address the pain I was dealing with from Crohn’s. But I get the treatment now with Medicaid, and if I wasn’t getting the medical treatment now, I’d have a hard time staying sober.” Experts say Jones is among those who will be hardest hit by the Medicaid cuts Republicans want to impose on the country. A study by Eric Seiber, a professor at the College of Public Health at Ohio State University, found those receiving drug-addiction treatment through Medicaid in Ohio, Kentucky, and West Virginia are disproportionately white, middle-aged, male, and with a high school diploma or less education. In other words, Trump supporters.

About 95% of Medicaid expansion beneficiaries in Ohio would have no insurance option available if repealing the Affordable Care Act eliminates Medicaid expansion, according to a new study. The report, published in the American Journal of Public Health, found the overwhelming majority of newly enrolled Medicaid members in the state qualified because they didn't have private health insurance, lost their private insurance due to unemployment, or weren't eligible for their employer's health plan. "Many of these people have nothing else to turn to," said Eric Seiber, lead author and associate professor of health services management and policy at Ohio State University, in a statement. "Their choice is Medicaid or medical bankruptcy."

"Insurance sold now is a contract valid for a full year, so anyone who buys now will have coverage next year," noted Eric Seiber. He is an associate professor of health services management and policy at Ohio State University.

Sharp Rise in Obamacare Premiums for 2017

"The marketplace was an experiment, and it doesn't seem to be working," said Eric Seiber, associate professor of health services management and policy at Ohio State University.

"If very few of my low income workers are eligible" for Medicaid after the program is expanded, "then why would I close the plan?" said Eric Seiber, an assistant professor of health services management and policy at Ohio State University and co-author of a paper on crowding out in Ohio.

COLUMBUS, Ohio – Almost everyone covered through Ohio’s Medicaid expansion would have no other viable insurance option should the Affordable Care Act be repealed, a new study has found. Law and public health researchers from The Ohio State University determined that 95 percent of newly enrolled beneficiaries would be without a plausible pathway to coverage. The research appears online in the American Journal of Public Health. “Many of these people have nothing else to turn to,” said Eric Seiber, lead author and associate professor of health services management and policy in Ohio State’s College of Public Health.

Study: Companies Pay Almost $6,000 Extra Per Year for Each Employee Who Smokes

A new study suggests that U.S. businesses pay almost $6,000 per year extra for each employee who smokes compared to the cost to employ a person who has never smoked cigarettes. Researchers say the study is the first to take a comprehensive look at the financial burden for companies that employ smokers...