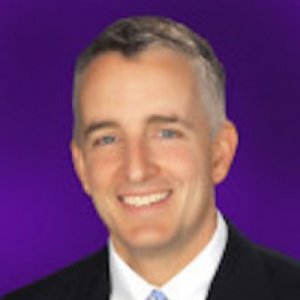 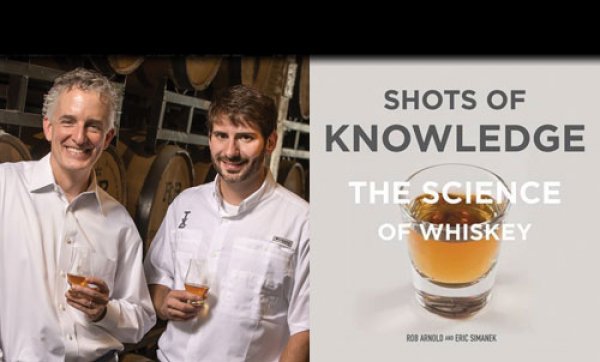 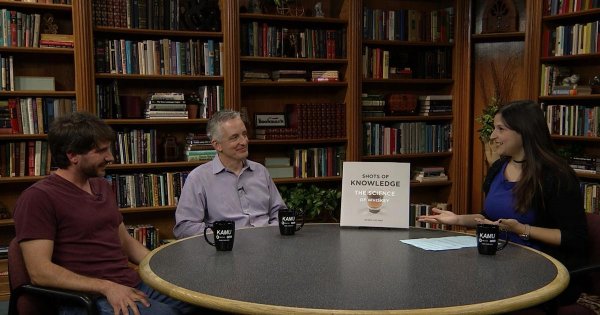 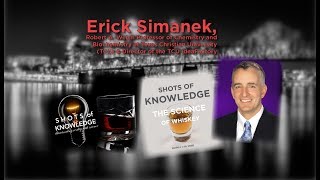 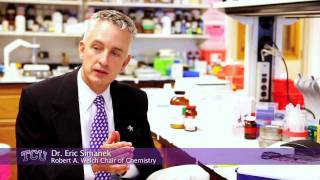 Simanek was born in Illinois surrounded by fields of corn that was intended for feed or alcohol. He studied biology and chemistry at the University of Illinois, taking a degree in the latter. He completed his Ph.D. under the direction of George Whitesides at Harvard before moving to the labs of Chi-Huey Wong at Scripps.

Simanek started his independent career at Texas A&M University, where he rose through the ranks before moving to Texas Christian University as the Robert A. Welch Chair. He currently serves as chair of the department as well.

His research focuses on using organic chemistry to create molecules that could positively impact human health. Areas of interest include cancer treatment, gene therapy and more recently, the design of novel drugs. Agencies that have supported his research include the National Institutes of Health, the National Science Foundation, the USDA, the FDA and DARPA.

In collaboration with researchers at UTSW, we have shown that our tree-shaped polymers can deliver drugs that 'cure' human prostate cancer in mice at doses equivalent to that of the clinical standard of care.

We have succeeded in making a single molecule, a polymer that is branched like a tree, that is as big as the viruses that cause the common cold. Achieving such dimensions, 30 nanometers across, are feats for chemistry.

The TCU IdeaFactory was created to allow students to pursue dreams of social action and/or entrepreneurship outside the scope of classes. Dr. Simanek was the founding director and now has transitioned to chair the advisory board.

Dr. Simanek creates and teaches interdisciplinary courses including this one.

Dr. Nina Martin included Dr. Simanek on her course to engage students in research to determine how much her movement intervention improved the lives of people living with CP.

Dr. Simanek's course entitled "Whiskey: Science & History" is explained in the Op-Ed piece for the Washington Post. For 15 weeks, I meet twice a week with a dozen students to talk about whiskey. We grind grain and mash grist, ferment it to yield alcohol, practice distillation, and examine bourbons, Scotches and other whiskeys. The course requires them to distinguish a Manhattan, Sazerac and Old Fashioned. But after about three weeks, students realize the class is not really about whiskey. Their first clue is discussion of the Big Bang...

Not So Neat: Why You Should Add Water to Your Whiskey

Dr. Simanek appears as an expert for writers on whiskey including this piece describing the work of a Swedish group and the use of computer modeling to explain what happens when a few drops of water are added to whiskey.

In Memoriam: 'Lucky' The Mystical Albino Squirrel At The University Of North Texas, Dies

Five stories that have North Texas talking...including the recognition of Dr. Simanek's book on the science of whiskey co-author with Rob Arnold of F&R Distilling (makers of TX).

The Science & History of Whiskey  Please see ericsimanek.com for a current list

Like chefs in a molecular kitchen, we are exploring new ways to design drugs to address current problems in human health including the treatment of cancer and neurodegenerative diseases as well as looking for the next generation of antibiotics.

A range of peer reviewed journals

The Journal of Physiscal Chemistry C

2017 We present basic spectroscopic studies of 5 triazine dendrimers ranging from generations one through nine, G1, G3, G5, G7, and G9, based on the intrinsic fluorescence of these molecules. The extinction spectra of each generation can be separated into two components; the absorption spectra from triazine chromophores and Rayleigh scattering by dendrimer particles. Rayleigh scattering into the UV spectral range is significant and may contribute more than 50% to the measured light attenuation (extinction) for larger dendrimer generations. Deviations from the Rayleigh model at long wavelengths (where the triazine chromophore does not absorb) are clear indications of dendrimer aggregation. These larger particles can be eliminated by dilution and sonication. Importantly, this model system represents a comprehensive case study where the intrinsic fluorescence of the dendrimer when combined with insights from molecular dynamics (MD) simulations can be utilized to probe molecular conformations and dynamics. Experimental results from fluorescence lifetimes, time-resolved anisotropies, and diffusional quenching indicate an increasingly compact core as size increases from G1 to G5. This trend is reversed for G7 and G9 generations, which present more extended, and porous structures, less dense cores, and a denser peripheries. Simulations corroborate this picture and better anchor intuition of the behavior of these molecules.

Nanoparticle Effects on Human Platelets in Vitro: A Comparison between PAMAM and Triazine Dendrimers

For many years, considered the comprehensive review of molecules designed to facilitate gene delivery.