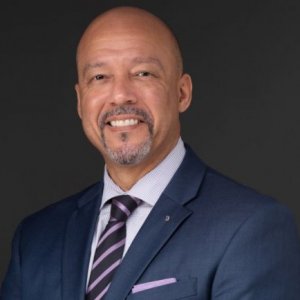 In 2018, Judge Taylor was elected Assistant Presiding Judge of the Los Angeles Superior Court, overseeing all trial courts in Los Angeles County. He was appointed to the Inglewood Municipal Court in 1998, where he served as Presiding Judge. He was subsequently elevated to the Superior Court, and was appointed Supervising Judge of the Southwest District. Over the years, Judge Taylor has served on numerous court committees – including the Executive Committee, Legislative, Civil Grand Jury, and Bench-Bar Outreach.

Judge Taylor is the only person to be elected twice to serve as President of the California Judges Association (“CJA”) (2003 and 2016). While president, he served on the Statewide Judicial Council. The Chief Justice appointed Eric to the Judicial Council’s Access and Fairness Committee from 2000-3. Judge Taylor helped to revitalize CJA, overhauling its publications, increasing its presence in Sacramento, and traveling to over 25 counties to increase and solidify membership and to give judges a strong voice throughout the State. He also chaired CJA’s Public Information and Access Committee, and serves on the editorial board of its main publication, “The Bench.”

Prior to the bench, Judge Taylor worked as a litigator as a Deputy County Counsel for Los Angeles County. He also practiced as a litigation associate at Sonnenschein, Nath and Rosenthal, and at Pettit and Martin. He also served as an extern to the California Supreme Court’s Justice Allen E. Broussard.

Judge Taylor holds a J.D. from the University of Virginia School of Law, and a B.A. from Dartmouth College. He studied Spanish Literature at the Universities of Granada and Salamanca, Spain. He was an A Better Chance scholar at the Cate Preparatory School, in Carpentaria.

He’s serves as a trustee to Cate School and recently completed a 4 year term representing Los Angeles on the Dartmouth Alumni Council and the College Trustee Nominations Committee. He is a former trustee to the Westside Neighborhood School and the Coalition for At Risk Youth.