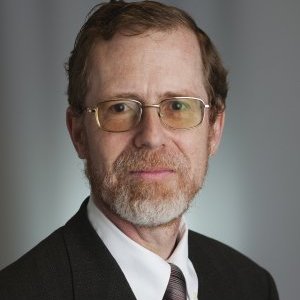 
Eric B. Rasmusen has published in industrial organization, applied game theory, and law and economics. 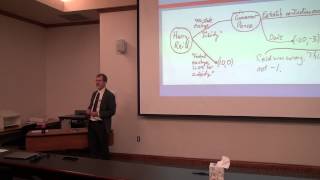 Eric Rasmusen grew up in Urbana, Illinois. He received his B.A. in economics from Yale in 1980 and his Ph.D. in economics from MIT in 1984. He started at UCLA’s Anderson School of Management and since 1992 he has been at Indiana University’s Kelley School of Business, where he is the Dan and Catherine M. Dalton Professor of Business Economics and Public Policy. He has held visiting positions at the University of Chicago, Harvard Law School, Yale Law School, Nuffield College Oxford, and the University of Tokyo. He has published in industrial organization, applied game theory, and law and economics, and is the author of Games and Information: An Introduction to Game Theory.

Another case is before the U.S. District Court for the Southern District of New York and alleges that Citigroup improperly deducted net operating losses from its taxable income in relation to the sale of stock to the Treasury Department under the Troubled Asset Relief Program (TARP). The qui tam plaintiff in the case is Eric Rasmusen, a professor of economics and public policy at the Indiana University Kelley School of Business (New York ex rel. Rasmusen v. Citigroup, Inc., S.D.N.Y., No. 1:15-cv-07826)...

Professor/whistleblower sues Citigroup for $800 million, plans to donate to charity

Eric Rasmusen has been a professor of business economics and public policy at the Indiana University Kelley School of Business since 2005. He filed suit against Citigroup Sept. 2 in the Supreme Court of New York, New York County claiming violation of the New York False Claims Act and the State Finance Law.

“My ultimate motivations are both justice, and the money that I’ll get, which I will be donating to charity,” Rasmusen said. “I already give away over half my taxable income.”...

In a lawsuit transferred to Federal District Court in Manhattan on Oct. 2, Eric B. Rasmusen, a professor of business economics and public policy at the Kelley School of Business at Indiana University, challenged the validity of the unusual federal tax break for the bank’s New York State returns. His claim, originally filed under seal in New York State Supreme Court in 2013, seeks treble damages, or $2.4 billion, under the False Claims Act...

Home of the unbrave

All this seems to help explain the putative difference between America and its European peers. But does this difference really exist? According to a study by Mark Ramseyer of Harvard Law School and Eric B. Rasmusen at Indiana University's Kelley School of Business, "Americans do not file an unusually high number of law suits. They do not employ large numbers of judges or lawyers. They do not pay more than people in comparable countries to enforce contracts. And they do not pay unusually high prices for insurance against routine torts"...

Leveraging of Reputation through Umbrella Branding: The Implications for Market Structure Journal of Economics & Management Strategy

The Klein–Leffler model explains how fear of reputation loss can induce firms to produce high quality experience goods. This paper shows that reputation can be leveraged across products via umbrella branding, but only by a firm with a monopoly on at least one product.

Understanding Shrinkage Estimators: From Zero to Oracle to James-Stein Kelley School of Business

Lowering the bar to raise the bar: Licensing difficulty and attorney quality in Japan The Journal of Japanese Studies

By easing the difficulty of the Japanese bar-exam equivalent, recent changes increased the quality of young lawyers. The result is counterintuitive, but a relaxation in a licensing standard can have this effect if it lowers the costs to taking a test enough to increase the number and quality of the people willing to go to the trouble of sitting for it. We explore the theoretical circumstances under which this phenomenon can occur and discuss the evidence that this is indeed what happened in Japan.

Exclusive Dealing: Before, Bork, and Beyond Journal of Law and Economics

Antitrust scholars have come to accept the basic ideas about exclusive dealing that Bork articulated in The Antitrust Paradox. Indeed, they have even extended his list of reasons why exclusive dealing can promote economic efficiency.

Maximization Is Fine—But Based on What Assumptions? Econ Journal Watch

The Prologue to this issue discusses how the flatness of economics leaves out aspects of reality that do not fit neatly into its formulations. I agree that much is left out, but I am not so sure methodology is to blame.