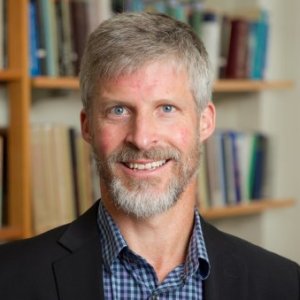 
Wilson is a leading expert in the relationships between literature and psychology.

As a leading expert in the relationships between literature and psychology, Eric G. Wilson embraces what many fear: melancholy, mental illness, and controversy. A distinguished Romantic scholar and best-selling author, Wilson chronicles his struggle and ultimate embrace of bipolar disorder in the wake of his daughter’s birth, challenges America’s obsessions with superficial happiness, and explores William Blake’s vision of creativity and the practices it implies.

Well-versed on subjects ranging from film and religion to humanism and technology, Wilson has appeared on NBC’s Today show, NPR and BBC, and his work has been featured in The New York Times, Wall Street Journal, Newsweek and Los Angeles Times. “Everyone Loves a Good Train Wreck” – which explores the many forms of morbid curiosity and argues that macabre fascination is essential for a good life — was released in the spring of 2012. He is currently blogging on the topic for Psychology Today.

His most recent release, “Keeping it Fake,” Wilson draws on the science, philosophy and social pressures that shape our inauthentic lives arguing that people regularly create less-than-authentic identities, whether it is through Facebook profiles, plastic surgeries, or tuning into a news channel that simply verifies our opinions. 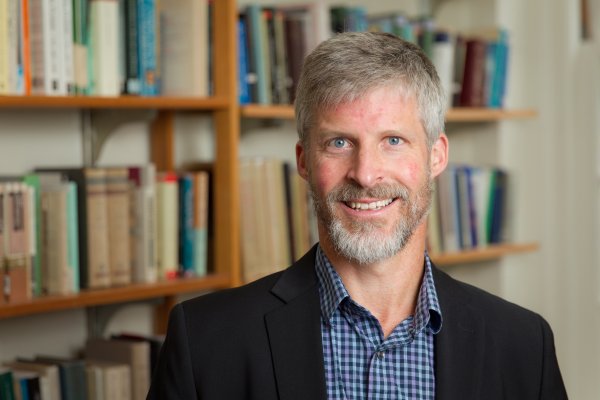 When death is a fascination

Doctors handle the gore, morticians prettify bodies. Eric Wilson argues that death is not something we regularly encounter anymore, adding an extra layer of mystery and intrigue. In his book, Wilson quotes French historian Philippe Aries: “When death arrives, it is regarded as an accident, a sign of hopelessness and clumsiness that must be put out of mind.”

Over the phone, Wilson explains that he was drawn to writing about why it’s so hard for us to look away from gore because he, himself, felt an attraction to it. “I’ve had an abiding interest in the melancholy,” he says. “I wanted to understand the complexity of that.”

Travel disasters bring out the best, the worst ...and the cannibalism

Indeed you could think of Odysseus' long journey home in The Odyssey as just one travel disaster after another, says Eric Wilson, author of Everyone Loves a Train Wreck.

Q&A: Author Eric Wilson on how to create an authentic identity in an increasingly fake world

In his new book, “Keep It Fake: Inventing an Authentic Life,” Wilson argues a person’s individual identity is a work in progress, and it’s harder than ever to craft an individual sense of self with the rise of social media and a 24-hour news cycle...

Toward the end of his terrific new philosophical investigation, “Keep It Fake: Inventing an Authentic Life,” Eric G. Wilson admits that, as with many of us, learning how to be a good dad was something he had a tough time figuring out. On the cusp of fatherhood he was working too much, and drinking too much — sound familiar? — and battling depression. But he had the good sense and good luck to find an excellent psychiatrist...

I am the boy whose first word was "ball." I am six and sitting at dinner with my parents and two-year-old brother. We are eating chicken-and-cream-of-mushroom casserole, Del Monte green beans, and Brown' n Serve dinner rolls. On the Zenith in the other room, Cronkite drones "And that's the way it was." The overhead bulbs glare on the pine-green plates and the charred candle-wicks we light only on steak nights...

The Gift of Financial Insecurity. Chronicle of Higher Education

In 1864, when Americans were enduring the daily miseries of the Civil War, Emily Dickinson, perhaps with the nationwide crisis in mind, wrote" A nearness to Tremendousness--/An Agony procures." The author suggests that perhaps Dickinson's poetry may be applied to ...

The Dark Art The Georgia Review

When I was a young teenager, I longed most to spend my days, especially in summer, lolling about in my dark bedroom. My blinds dimming the morning sun to a gloomy beam, I would lie on my floor and stare for hours at the stains on my ceiling-a handprint that blurred into a ...

During the Romantic period, writers on both sides of the Atlantic explored the sleepwalker as a merger of holiness and horror. Emerging when scientific thinkers for the first time were connecting spirit to electricity and magnetism, the somnambulist became to certain ...

The Melancholy Android On the Psychology of Sacred Machines

I would most like to thank Pranab Das, who suggested to me the primary distinction of this book: between the android as a realization of spiritual potential and as a violation of natural law. I must again offer my deepest appreciation for the intellectual presence of Phil ...

Moviegoing and Golem-Making: The Case of Blade Runner Journal of Film and Video

To go to a film in a certain mood is to yearn for Eden, the world redeemed beyond decay and the self restored to a grace. Viewed in this light, the exquisite forms on the screen- a grant or joy- prove realizations of the potential for truth and beauty and goodness that most of us possess but fail to actualize...