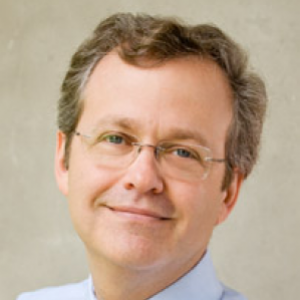 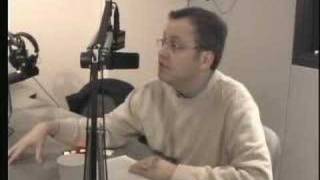 After earning his Phi Beta Kappa key from Brown University and serving as Current Topics Editor for the Yale Law and Policy Review while at Yale, Muller clerked for United States District Judge H. Lee Sarokin in Newark, New Jersey from 1987 to 1988. He then practiced in the litigation department of a private law firm in Manhattan from 1988 to 1990, before joining the United States Attorney's Office in Newark, where he served as an Assistant U.S. Attorney in the Criminal Appeals Division from 1990 to 1994.

After several years of adjunct teaching at Seton Hall Law School while still in government practice, Muller moved to the University of Wyoming College of Law in 1994 to begin full-time teaching, specializing in criminal law and procedure and constitutional law. In 1997, the graduating class named him the Outstanding Faculty Member in the College of Law.

Muller joined the UNC faculty in the fall of 1998. He has published articles in the Yale Law Journal, the Harvard Law Review, and the University of Chicago Law Review, among many other academic journals. His book "Free to Die for their Country: The Story of the Japanese American Draft Resisters of World War II," was published in August of 2001 by the University of Chicago Press, and was named one of the Washington Post Book World's Top Nonfiction Titles of 2001. His second book, "American Inquisition: The Hunt for Japanese American Disloyalty in World War II," was published by the University of North Carolina Press in October of 2007. His most recent book, "Colors of Confinement: Rare Kodachrome Photographs of Japanese American Incarceration in World War II", published by the University of North Carolina Press in association with the Center for Documentary Studies at Duke University, was profiled in the New York Times in June of 2012. It won the Joan Patterson Kerr Book Award from the Western History Association in 2013.

From 2008 through 2011, Muller served at the law school as Associate Dean for Faculty Development. In both 2010 and 2011, he received the Frederick B. McCall Award for Teaching Excellence, voted by the graduating classes.

From January of 2012 through December of 2015, Muller served as Director of the Center for Faculty Excellence at the University of North Carolina at Chapel Hill, the campus's faculty development center.

Law and the Holocaust

Eric Muller of the UNC School of Law said, “It’s sort of a familiar thing that we go through in American society in which there is so sort of frightening or threatening behavior that happens out there in the world, like Pearl Harbor or 9/11 or the attack on Paris and we react with fear.” Muller said there are systems in place to screen refugees and that so far they’ve been shown to work well...

UNC debates what to do with Saunders Hall, named for KKK leader

Eric Muller, a law professor, said he hoped faculty and students at all campuses would engage the UNC system board in a conversation about the qualities needed in Ross’ successor. “It’s challenging to talk about the process by which a new leader will be selected and the values that that new leader should represent, when the prior leader has been in effect dragged off stage moments before, without an explanation,” Muller said...

Controversy over the use of the term "concentration camp" erupted in the late 1990s when an exhibition about the camps for Japanese Americans was slated to open at the Ellis Island Immigration Museum in New York. The exhibition, created by the Japanese American National Museum in Los Angeles, was entitled “America’s Concentration Camps: Remembering the Japanese-American Experience.” Some American Jewish groups, most prominently the American Jewish Committee, objected to the title. They argued that using the term “concentration camp” to describe places like Heart Mountain diminished the suffering of those (mostly Jews) who lived and died in the Nazi camps in Europe. Eventually a compromise was negotiated: the exhibition would retain its title but feature an explanatory panel disclaiming any attempt to compare the American camps to those in Europe.

Muller's most recent book, "Colors of Confinement: Rare Kodachrome Photographs of Japanese American Incarceration in World War II", published by the University of North Carolina Press in association with the Center for Documentary Studies at Duke University, was profiled in the New York Times in June of 2012. It won the Joan Patterson Kerr Book Award from the Western History Association in 2013. In 1942, Bill Manbo (1908-1992) and his family were forced from their Hollywood home into the Japanese American internment camp at Heart Mountain in Wyoming. While there, Manbo documented both the bleakness and beauty of his surroundings, using Kodachrome film, a technology then just seven years old, to capture community celebrations and to record his family's struggle to maintain a normal life under the harsh conditions of racial imprisonment. Colors of Confinement showcases sixty-five stunning images from this extremely rare collection of color photographs, presented along with three interpretive essays by leading scholars and a reflective, personal essay by a former Heart Mountain internee. The subjects of these haunting photos are the routine fare of an amateur photographer: parades, cultural events, people at play, Manbo's son. But the images are set against the backdrop of the barbed-wire enclosure surrounding the Heart Mountain Relocation Center and the dramatic expanse of Wyoming sky and landscape. The accompanying essays illuminate these scenes as they trace a tumultuous history unfolding just beyond the camera's lens, giving readers insight into Japanese American cultural life and the stark realities of life in the camps. 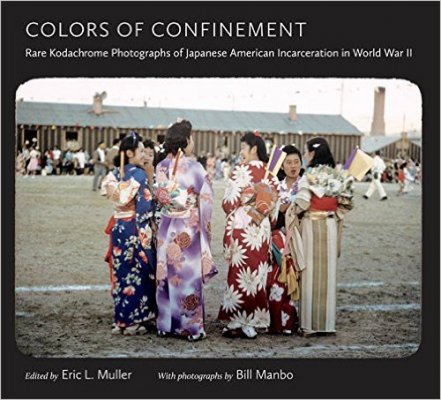 The Hunt for Japanese American Disloyalty in World War II

When the U.S. government forced 70,000 American citizens of Japanese ancestry into internment camps in 1942, it created administrative tribunals to pass judgment on who was loyal and who was disloyal. In American Inquisition, Eric Muller relates the untold story of exactly how military and civilian bureaucrats judged these tens of thousands of American citizens during wartime.

Free to Die for their Country (Book)

Muller's book "Free to Die for their Country: The Story of the Japanese American Draft Resisters of World War II," was published in August of 2001 by the University of Chicago Press, and was named one of the Washington Post Book World's Top Nonfiction Titles of 2001. In the spring of 1942, the federal government forced West Coast Japanese Americans into detainment camps on suspicion of disloyalty. Two years later, the government demanded even more, drafting them into the same military that had been guarding them as subversives. Most of these Americans complied, but Free to Die for Their Country is the first book to tell the powerful story of those who refused. Based on years of research and personal interviews, Eric L. Muller re-creates the emotions and events that followed the arrival of those draft notices, revealing a dark and complex chapter of America's history. 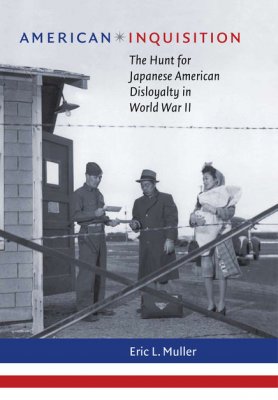 Of Nazis, Americans, and Educating Against Catastrophe

2012 This article, part of a symposium commemorating the 70th anniversary of a speech Justice Robert Jackson delivered after returning from the Nuremberg trials, explores the role of legal education in preventing mass violations of human and civil rights. It compares the ...

Hirabayashi and the Invasion Evasion

2010 This Article presents newly discovered archival evidence demonstrating that government lawyers told a crucial lie to the United States Supreme Court in the case of Hirabayashi v. United States, 320 U.S. 81 (1943), which upheld the constitutionality of a racial curfew imposed on Japanese Americans in World War II.

Fixing a Hole: How the Criminal Law Can Bolster Reparations Theory

The Hobgoblin of Little Minds? Our Foolish Law of Inconsistent Verdicts

1998 What should a court do when a single criminal jury reaches logically irreconcilable verdicts--for example, convicting one defendant of conspiracy but acquitting her sole alleged coconspirator? The Supreme Court has unanimously decreed that a court should do nothing: it should leave the verdicts undisturbed.

1996 In Batson v. Kentucky and its progeny, the Supreme Court has done poorly at explaining how discriminatory peremptory challenges harm what has become the central value in the criminal justice system--the reliability of criminal verdicts as factually accurate pronouncements of guilt or innocence. Batson's defenders on the Court have insisted that race and gender are factually irrelevant to a juror's likely viewpoint, and have thereby foreclosed any chance that jury discrimination might have any impact at all on the reliability of verdicts