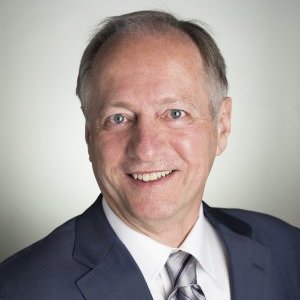 Throughout his teaching career, Professor Richards has published extensively in both law and business law journals. His research has focused on antitrust law, constitutional law, and international trade. He also has served as an editor for the American Business Law Journal.

Professor Richards has taught at the undergraduate, graduate, and executive level both in the United States and Europe. He has taught courses covering ethics, personal law, the legal environment of business, commercial law, and international trade law. During his career, he has authored or co-authored four text books covering both U.S. domestic law and international trade law. These texts are used at universities throughout the world.

During his career, Professor Richards has received over 30 university and national awards for his research and teaching. He currently serves as the Chair of Indiana University's Kelley Direct Public MBA program.

2015 In the American Business Law Journal.

2008 Award by the Kelley School of Business, Indiana University.

2005 Award by the Kelley School of Business, Indiana University.

2003 Award by the Kelley School of Business, Indiana University.

2002 Awarded by the Academy of Legal Studies in Business.

Paris, Panels, and Protectionism: Matching U.S. Rhetoric with Reality to Save the Planet

2016 U.S. rhetoric has not matched reality in the free trade or sustainability contexts, as may be seen by the ongoing debates surrounding a range of behaviors that violate international trade rules. The U.S. government’s failure to adhere to the rules that it was instrumental in crafting sets a particularly troubling precedent. These trade distortions reduce trust and respect among countries and undermine efforts to combat climate change.

Rhetoric versus Reality: US Resistance to Global Trade Rules and the Implications for Cybersecurity and Internet Governance

2015 This article examines two parallel issues of vital importance to the United States and to the rest of the worldfree trade and cybersecurity. In the free trade context, we argue that the US government has voiced lofty ideals in theory, only to ignore and sometimes openly flout its ...

2015 In December 2013, the UK government decided to expand the authority of one of its intelligence agencies, the Government Communications Headquarters (GCHQ), to aid in the screening of incoming telecom products from Huawei, a leading Chinese manufacturer of ...

Contracting from East to West: Bridging the cultural divide

2014 When contracting in a global environment, basic cultural differences increase the risk of misunderstandings. Culture generally provides the context for contract language and shapes the parties' most basic assumptions regarding their respective rights and ...