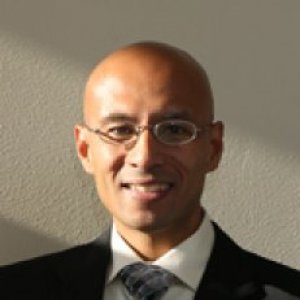 Dr. Blair joined Baylor University’s Electrical and Computer Engineering Department in August 2015 as an assistant professor. Dr. Blair also is a veteran of the U.S. Navy, serving as a submarine officer and as a military faculty member at the U.S. Naval Academy in Annapolis, Maryland.

QCA is a highly interdisciplinary field of research. Electrical engineers, computer engineers, computer scientists, physicists, and chemists all have made significant contributions to the research literature on QCA. QCA is a paradigm for transistor-less logic devices built from elementary devices called “cells.” Cells are structures having multiple quantum dots to localize mobile charge, and classical bits are encoded in the charge configuration of a cell. Cells couple locally to neighboring cells via the electric field, and arrays of cells are arranged to form logic devices. Cells may be implemented using mixed-valence molecules. Molecular devices offer ultra-high device densities, high-speed operation, and low power dissipation. See the video below for some examples of QCA circuitry at work. Devices like these could revolutionize the electronics industry. Dr. Blair’s work in QCA has focused on the theory and modeling of power dissipation, electron transfer, and quantum decoherence in molecular QCA. His work includes a demonstration of methods for reducing power density by avoiding the dissipation of bit energies; a calculation of the upper bound for power dissipation in molecular QCA clocking circuitry; and a demonstration that environmentally-driven quantum decoherence stabilizes bits on molecular QCA.

The Quantum Mechanics of Smell

Does quantum mechanics play a subtle role in the sense of smell? Sensory cells in our nasal cavity detect molecules that interact with olfactory receptor proteins on the surface of the cells, but it is not clear how the molecules activate the receptors. The straight-forward theory is that a molecule’s structure determines its scent. However, some challenging cases exist, such as the case of isotopomers. These are molecules that have the same chemical formula, except that some atoms have been replaced in one species by isotopes. Some behavioral studies suggest humans and fruit flies can discern a difference between certain families of isotopomers, despite the fact that isotopomers are nearly identical in structure and in electronic properties. It has been theorized that quantum mechanics plays a role in this process, but presently, all models in this theory are semi-classical: the odorant molecule is treated using a combination of quantum and classical physics. Such models will inevitably fail to faithfully capture possible quantum effects, which preliminary work suggests will be significant. Dr. Blair’s research team has a method for treating the dynamics using a fully-quantum model. Such models will likely lead to new insights unattainable using semi-classical models.

2019 The vibrational theory of olfaction was posited to explain subtle effects in the sense of smell inexplicable by models in which a molecular structure alone determines an odorant’s smell. Amazingly, behavioral and neurophysiological evidence suggests that humans and some insects can be trained to distinguish isotopologue molecules that are related by the substitution of isotopes for certain atoms, such as a hydrogen-to-deuterium substitution. How is it possible to smell a neutron? The physics of olfaction may explain this isotopomer effect. Inelastic electron transfer spectroscopy (IETS) has been proposed as a candidate mechanism for such subtle olfactory effects: the vibrational spectrum of an appropriately quantized odorant molecule may enhance a transfer rate in the discriminating electron transfer (ET) process. In contrast to other semiclassical or quantum-master-equation-based models of olfactory IETS, the model presented here explicitly treats the dynamics of a dominant odorant vibrational mode, which provides an indirect dissipative path from the electron to the thermal environment. A direct dissipative path to the environment is also included. Within this model, a calculation of the ET rate is developed, along with a calculation of power dissipation to the thermal environment. Under very weak direct dissipative coupling, spectroscopic behaviors of the indirect path are revealed, and the resulting ET rate exhibits resonant peaks at certain odorant frequencies. Resonant peaks in the ET rate also correlate to peaks in power dissipation. Spectroscopic behaviors are masked by strong direct dissipative coupling. Results support a rate-based discrimination between a preferred ligand and an isotopomer if indirect dissipative coupling dominates.

2018 We study quantum entanglement loss due to environmental interaction in a condensed matter system with a complex geometry relevant to recent proposals for computing with single electrons at the nanoscale. We consider a system consisting of two qubits, each realized by an electron in a double quantum dot, which are initially in an entangled Bell state.

2018 Mixed-valence molecules provide an implementation for a high-speed, energy-efficient paradigm for classical computing known as quantum-dot cellular automata (QCA). The primitive device in QCA is a cell, a structure with multiple quantum dots and a few mobile charges. A single mixed-valence molecule can function as a cell, with redox centers providing quantum dots. The charge configuration of a molecule encodes binary information, and device switching occurs via intramolecular electron transfer between dots. Arrays of molecular cells adsorbed onto a substrate form QCA logic. Individual cells in the array are coupled locally via the electrostatic electric field. This device networking enables general-purpose computing. Here, a quantum model of a two-dot molecule is built in which the two-state electronic system is coupled to the dominant nuclear vibrational mode via a reorganization energy.