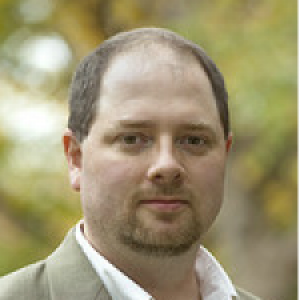 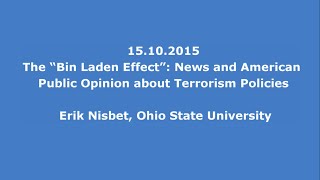 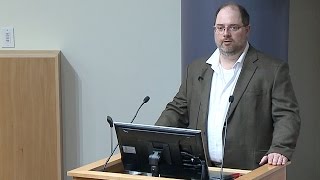 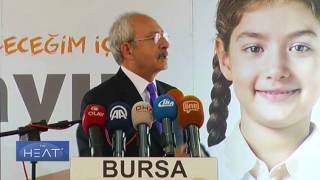 Erik C. Nisbet is director of the Global Communications and Politics Lab and an associate professor in the School of Communication with courtesy appointments in the Department of Political Science and the School of Environment & Natural Resources. Erik is also faculty associate at the Mershon Center for International Security Studies and co-principal investigator on its Comparative National Elections Project. He is on the editorial board of the International Journal of Public Opinion Research.

Nisbet has co-authored numerous reports such as "Data Driven Public Diplomacy: Progress Toward Measuring the Impact of Public Diplomacy and International Broadcasting Activities," published by the U.S. Advisory Commission on Public Diplomacy. He also recently co-authored a series of reports on attitudes toward Internet freedom in Russia, Turkey, and Pakistan. Beyond his teaching at Ohio State, Erik regularly teaches workshops on public diplomacy evaluation and research for the USC Center for Public Diplomacy.

Published Article of the Year (professional)

Published Article of the Year (professional)

Is internet freedom a tool for democracy or authoritarianism?

The irony of internet freedom was on full display shortly after midnight July 16 in Turkey when President Erdogan used FaceTime and independent TV news to call for public resistance against the military coup that aimed to depose him.

In response, thousands of citizens took to the streets and aided the government in beating back the coup. The military plotters had taken over state TV. In this digital age they apparently didn’t realize television was no longer sufficient to ensure control over the message.

This story may appear like a triumphant example of the internet promoting democracy over authoritarianism.

The tragedy of Turkish democracy in five acts

The failed July 15 military coup in Turkey was a long time in the making. Its aftermath is the final act in what may be viewed as the devolution of Turkish democracy into an authoritarian state.

Turkey is a country where citizens’ demand for democracy has steadily grown over the last 15 years. A long period of competitive parliamentary elections and political liberalization created hope that democracy had become enshrined in Turkey’s political culture.

Everyday citizens embracing democratic governance as the only legitimate form of government are required for any democracy to be successful. When citizens do not demand democracy, preferring a strong authoritarian leader as in Russia, there is little hope for democracy to flourish.

How Russia is building a psychological firewall against the West

President Vladimir Putin of Russia may fear that the internet is a CIA project, but unfortunately he is not alone.

In fact, our research concludes, the Russian public’s distrust of Western sources and dissident information on the internet creates a “perceptual filter” that bolsters Putin’s foreign and domestic policies.

Political Communication Patterns within the 2016 Russian Parliamentary Campaign and Consequences for Opinion Formation about Foreign Policy.

The Role of Social Media in Comparative Elections: Turkey and Brazil

While events like the Arab Spring brought hope that the internet could inspire the growth of democracy in authoritarian countries, a new study offers a reality check.

Researchers studying Russian and Ukrainian internet users found that their demand for democratic reforms in their countries depended on what they were doing when they connected to the web.

Those who were on the internet primarily to get news and share political opinions with others were most likely to demand more democracy in their countries.

Those who visited the web mostly for entertainment purposes – such as watching cat videos – were less likely to say they wanted more democracy in their countries and believed they had more democracy than they actually did.

While it’s not surprising that people who use the internet mostly for entertainment aren’t tuned into politics, this study shows something more than that, said Erik Nisbet, co-author of the study and associate professor of communication at The Ohio State University.

“In our study, people who used the internet for entertainment actually thought they had more democracy than they did. That means they actually showed more support for the authoritarian leaders in their country,” Nisbet said.

Both liberals, conservatives can have science bias The Ohio State University

New research suggests that liberals, as well as conservatives, can be biased against science that doesn’t align with their political views.

The study found that people from both the left and right expressed less trust in science when they were presented with facts that challenged specific politicized issues.

For conservatives, climate change and evolution were the issues that led them to lose some trust in science. For liberals, it was hydraulic fracturing (fracking) and nuclear power.

“Liberals are also capable of processing scientific information in a biased manner,” said Erik Nisbet, co-author of the study and associate professor of communication and political science at The Ohio State University.

“They aren’t inherently superior to conservatives.”

Some open-minded people can be swayed to support government intervention on climate change – but only if they are presented with both the benefits and the costs, a new study suggests.

Researchers found that those who were open-minded didn’t change their view if they heard arguments for only one side of the issue.

People who are relatively more closed-minded did not change their mind regardless of the messages they received, or what their original views were. There was also no evidence of open-minded people becoming less supportive of government intervention, no matter if they heard both sides of the argument or only one.

“Climate change is such a polarizing issue that has received so much attention, so it is very difficult to influence people to change their opinion,” said Erik Nisbet, co-author of the study and assistant professor of communication at The Ohio State University.

“But our results suggest there are ways to approach the issue that may have some impact, at least for a segment of the public.”

Although use of the internet has been credited with helping spur democratic revolutions in the Arab world and elsewhere, a new multinational study suggests the internet is most likely to play a role only in specific situations.

Researchers at Ohio State University found that the internet spurs pro-democratic attitudes most in countries that already have introduced some reforms in that direction.

“Instead of the internet promoting fundamental political change, it seems to reinforce political change in countries that already have at least some level of democratic freedoms,” said Erik Nisbet, lead author of the study and assistant professor of communication at Ohio State University.

“Internet use is a less effective means to mobilize citizens for democracy in extremely authoritarian countries.”

In addition, demand for democracy is highest in a country when more people are connected to the internet and, most importantly, when they spend more time online.