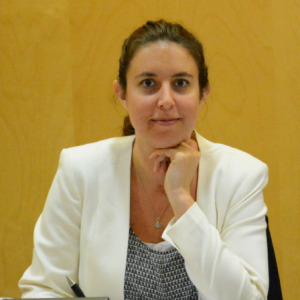 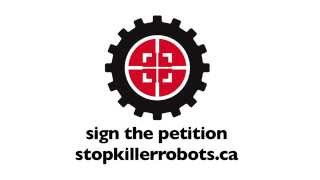 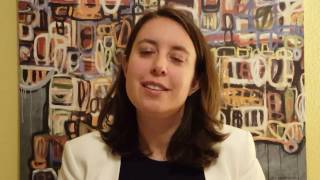 Erin Hunt is the Program Manager at Mines Action Canada. She has been working in humanitarian disarmament in various capacities since 2006 and doing public education on the Ottawa Treaty banning landmines since 2003.

Erin has a master’s degree in Human Security and Peacebuilding from Royal Roads University.

Assistance to victims of armed conflict

How Canada can eliminate lethal barriers to development

Efforts towards the sustainable development goals often overlook the impact of landmines and other explosive remnants of war. There is an effective, made-in-Canada solution to this problem: the 1997 Ottawa Treaty banning landmines.

Why ‘killer robots’ are neither feminist nor ethical

Autonomous weapons do not align with Canada’s current approach to foreign policy — and, as a new survey shows, Canadians’ opposition to their use is on the rise. Is it time for an outright ban?

Bombs are being sent to Trump critics, Saudi Arabia's deal with General Dynamics, and examining human rights in Saudi Arabia

As the International Campaign to Abolish Nuclear Weapons passes the Nobel torch to the 2018 winners, Erin Hunt reflects on the value of the prize and on the strength of global solidarity movements.

For the first time in years, nuclear weapons are consistently front page news. The “will they, won’t they” of a meeting between American President Donald Trump and Kim Jong Un of the Democratic People’s Republic of Korea (DPRK) dominated the news cycle for weeks. Nuclear politics is back in a big way with intemperate tweets, cancelled non-proliferation agreements, summits and nuclear tests. Not since the Cold War has the threat of nuclear weapons been this obvious. Underlying this return to this politics of death is a simple fact – the risk of an intentional or accidental nuclear war has been threatening our lives and planet every day since 1945. We have never stepped out from under JFK’s nuclear sword of Damocles.

US Reacts to Russia Nukes Announcement

As UN General Assembly kicks off, all eyes on Canada’s disarmament stance

Justin Trudeau heads to New York next week, just as a ground-breaking treaty opens for signature. As Erin Hunt asks, can he turn around Canada’s deteriorating reputation as a leader on disarmament?

By sitting out nuclear weapons meeting, Canada backtracks on its commitment to peace

Whether due to U.S. pressure or a lack of political courage — or both — Canada is expected to be absent from next week's negotiations in New York. Erin Hunt looks at the motives behind the move, and the message it sends.

Interviewed for story on Canadian investment in cluster munitions and the humanitarian impact of these weapons.

Munitions researcher on ‘rain of steel’: Monitoring cluster bombs in Syria and the human toll, part one

Two part interview on the use of cluster munitions in Syria.

Part two of a two part interview on humanitarian impact of cluster munition use in Syria.

Television interview on the cluster munition problem in Laos and Canada's legislation implementing the Convention on Cluster Munitions.

Co-written op-ed on legislation to implement the Convention on Cluster Munitions which was being debated in the House of Commons at the time.

Ethics in Tech Event For The 75th Anniversary of Hiroshima  https://www.youtube.com/watch?v=Ghm1JtTHK1Y

The AI Arms Race Should We Be Worried? (http://www.cpac.ca/en/programs/public-record/episodes/61295742?fbclid=IwAR1GrNN5PnBjVkNCLZlY-jrnUY2fVe3iRuHLEGmUkI2QxD1QlZHKVwR_iWc)  Ottawa, ON

6th Meeting of States Parties to the Convention on Cluster Munitions  Geneva, Switzerland