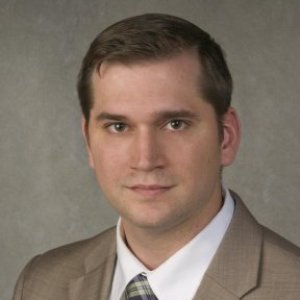 
Ernest O'Boyle is an expert in the field of individual differences, counterproductive work behavior, research methods and ethics. 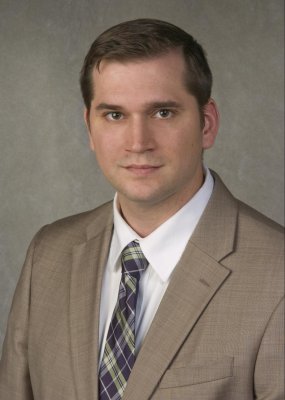 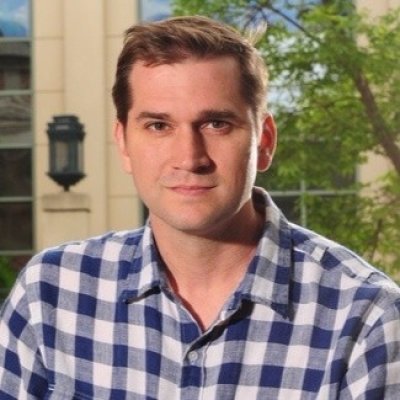 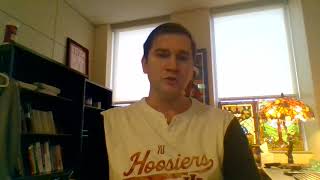 Ernest H. O’Boyle earned his doctorate in 2010 from Virginia Commonwealth University. He is the Dale M. Coleman Chair of Management in the Kelley School of Business at Indiana University. His research interests include star performance, counterproductive work behavior, research methods, and ethical issues surrounding publication practices. He has more than 50 peer-reviewed journal publications in such outlets as Academy of Management Journal, Journal of Applied Psychology, Journal of Management, Organizational Research Methods, and Personnel Psychology. His work has been featured in the Wall Street Journal, Bloomberg Businessweek, National Public Radio’s Morning Edition, and in the NYT bestselling book, Work Rules! He is the recipient of the Academy of Management Early Career Awards for both the Research Methods Division and Human Resources Division. O’Boyle sits on the editorial boards of Personnel Psychology and Journal of Applied Psychology, and is a former associate editor at Journal of Management and current associate editor for Open Science Framework's SCORE project.

Personnel Psychology Best Article Award Winner for “The Best and the Rest: Revisiting the Norm of Normality.”

Why So Many Choose to Not Believe Scientific Research & Evidence

Confused About Successful Jerks? Get to Know the Dark Triad

A 2012 meta-analysis of studies of the Dark Triad (DT) by Ernest O’Boyle and colleagues at the School of Business and Economics at Longwood University in Virginia examined their implications for job performance and counterproductive work behavior (CWB) in 245 studies published between 1951 and 2011 (N=43,907). They found that “reductions in the quality of job performance were consistently associated with increases in Machiavellianism and psychopathy and that CWB was associated with increases in all three components of the DT”...

Put Away The Bell Curve: Most Of Us Aren't 'Average'

In 186 out of 198 groups ranging from physics professors and Grammy nominees to cricketers and swimming champions, researchers Ernest O'Boyle Jr., of Longwood University's College of Business and Economics, and Herman Aguinis at Indiana University's Kelley School of Business found that a sizable number in the group were superstars....

The best and the rest: Revisiting the norm of normality of individual performance

2012 We revisit a long‐held assumption in human resource management, organizational behavior, and industrial and organizational psychology that individual performance follows a Gaussian (normal) distribution. We conducted 5 studies involving 198 samples including 633,263 researchers, entertainers, politicians, and amateur and professional athletes. Results are remarkably consistent across industries, types of jobs, types of performance measures, and time frames and indicate that individual performance is not normally distributed—instead, it follows a Paretian (power law) distribution. Assuming normality of individual performance can lead to misspecified theories and misleading practices. Thus, our results have implications for all theories and applications that directly or indirectly address the performance of individual workers including performance measurement and management, utility analysis in preemployment testing and training and development, personnel selection, leadership, and the prediction of performance, among others.

The relation between emotional intelligence and job performance: A meta‐analysis

2011 This meta‐analysis builds upon a previous meta‐analysis by (1) including 65 per cent more studies that have over twice the sample size to estimate the relationships between emotional intelligence (EI) and job performance; (2) using more current meta‐analytical studies for estimates of relationships among personality variables and for cognitive ability and job performance; (3) using the three‐stream approach for classifying EI research; (4) performing tests for differences among streams of EI research and their relationships with personality and cognitive intelligence; (5) using latest statistical procedures such as dominance analysis; and (6) testing for publication bias. We classified EI studies into three streams: (1) ability‐based models that use objective test items; (2) self‐report or peer‐report measures based on the four‐branch model of EI; and (3) “mixed models” of emotional competencies. The three streams have corrected correlations ranging from 0.24 to 0.30 with job performance. The three streams correlated differently with cognitive ability and with neuroticism, extraversion, openness, agreeableness, and conscientiousness. Streams 2 and 3 have the largest incremental validity beyond cognitive ability and the Five Factor Model (FFM). Dominance analysis demonstrated that all three streams of EI exhibited substantial relative importance in the presence of FFM and intelligence when predicting job performance. Publication bias had negligible influence on observed effect sizes.

Emergence of Resonances in Neural Systems: The Interplay between Adaptive Threshold and Short-Term Synaptic Plasticity

2011 In this work we study the detection of weak stimuli by spiking (integrate-and-fire) neurons in the presence of certain level of noisy background neural activity. Our study has focused in the realistic assumption that the synapses in the network present activity-dependent processes, such as short-term synaptic depression and facilitation. Employing mean-field techniques as well as numerical simulations, we found that there are two possible noise levels which optimize signal transmission. This new finding is in contrast with the classical theory of stochastic resonance which is able to predict only one optimal level of noise. We found that the complex interplay between adaptive neuron threshold and activity-dependent synaptic mechanisms is responsible for this new phenomenology. Our main results are confirmed by employing a more realistic FitzHugh-Nagumo neuron model, which displays threshold variability, as well as by considering more realistic stochastic synaptic models and realistic signals such as poissonian spike trains.

2008 This paper first reviews the various measurement model options for linking latent variables to indicators that are available to human resource management (HRM) researchers. A special emphasis is placed on the option of parcels, created by combining subsets of items to form indicators. Next, a review is presented of 27 articles from the major HRM journals that have used parcels, with a focus on conceptual/theoretical and empirical issues. Recommendations for HRM researchers for improved use of parcels are also provided.

The role of synaptic facilitation in spike coincidence detection

2007 Using a realistic model of activity dependent dynamical synapse, which includes both depressing and facilitating mechanisms, we study the conditions in which a postsynaptic neuron efficiently detects temporal coincidences of spikes which arrive from N different presynaptic neurons at certain frequency f. A numerical and analytical treatment of that system shows that: (1) facilitation enhances the detection of correlated signals arriving from a subset of presynaptic excitatory neurons, and (2) the presence of facilitation yields to a better detection of firing rate changes in the presynaptic activity. We also observed that facilitation determines the existence of an optimal input frequency which allows the best performance for a wide (maximum) range of the neuron firing threshold. This optimal frequency can be controlled by means of facilitation parameters. Finally, we show that these results are robust even for very noisy signals and in the presence of synaptic fluctuations produced by the stochastic release of neurotransmitters.