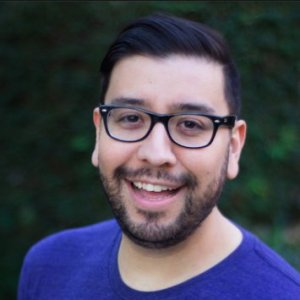 Ernie Bustamante is a writer, comedian, and connoisseur of nachos. He is currently writing for an untitled Latinx animated series. His work explores the intersection of race, politics, and comedy.

Ernie began his career as a writer’s assistant on the legal comedy-drama “Boston Legal” (ABC). Since then, he has written for multi-camera, single-camera, and animated comedies on broadcast, cable, and streaming networks. He has also sold pilots and movies to ABC, FOX, Freeform, and Nickelodeon, among others. He is a proud WGA member and previously served as Vice Chair of the WGA Latino Writer's Committee.

He is the creator and showrunner of the award-winning digital series “Border Patrol” -- a comedic satire about a group of Latino Border Patrol agents working on the US-Mexican border, where the biggest dangers they face are the problems they create. The series has been featured at numerous film festivals (HollyWeb Festival, Portland Comedy Festival, Austin Comedy Short Festival, among others) and won “Best Narrative Short” at the Arizona Underground Film Festival.

As a comedian, Ernie hosts “The Latino Vote” — a late night talk show, featuring Latinx comedians and guests who discuss current events in politics and media. In 2019, the show was recognized for its social justice impact by the Yes, And...Laughter Lab -- a partnership between American University and Comedy Central.

Ernie trained in sketch comedy at UCB Theatre and iO West. He is also an alumni of the ABC/Disney Writing Program and the Montreal Just For Laughs Festival.

Prior to LMU, Ernie was an Assistant Professor of Theatre at Columbia College Chicago, where he taught courses in the Comedy Writing and Performance program. He also taught screenwriting at National University. He received his BA in political science from Stanford University and MFA in screenwriting from UCLA.

After the 2016 election, comedian Ernie Bustamante noticed a lack of Latinx voices on cable news and late night TV. So, the politically-active performer started his own live show.