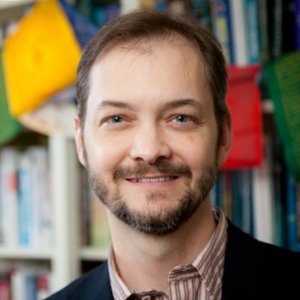 
Fulp is an expert in cyber security and computer networks.

Errin Fulp is an expert in cyber security and computer networks. As cyber attacks become an increasing concern to national security and personal privacy, Fulp has focused his research on issues related to the next generation of high-speed and QoS-enabled networks and prediction methods for critical computer failures.

Recently, his research group developed a genetically inspired algorithm that leverages the concept of “survival of the fittest” to fighting the continual evolution of viruses, worms and malware. Fulp’s team aims to improve defense mechanisms of computing infrastructures with minimal human interaction by developing the first-ever automated computer configurations that adjust as quickly as the threats.

In an ongoing project with scientists at Pacific Northwest National Laboratory (PNNL), Fulp is training an army of “digital ants” to turn loose into the power grid to seek out computer viruses trying to wreak havoc on the system. The project has received national attention, leading one of the graduate students under Fulp’s mentorship to be named one of the “nation’s top new inventors” by Inventor’s Digest magazine.

And in a National Science Foundation (NSF) sponsored research project, Fulp and William Turkett, an assistant professor of computer science, are investigating how the usage and intent of Internet users can be discerned based on interaction patterns. The method is inspired by techniques initially developed for bioinformatics, and can be used to better manage network resources and enforce network security policies.

Fulp is also currently leading an interdisciplinary group of faculty in creating an academic center dedicated to the study and teaching of bio-inspiration and biomimicry, a discipline that applies nature’s design principles to develop innovative new ways of thinking.

Determining Network Usage and Intent Based on Interaction Patterns 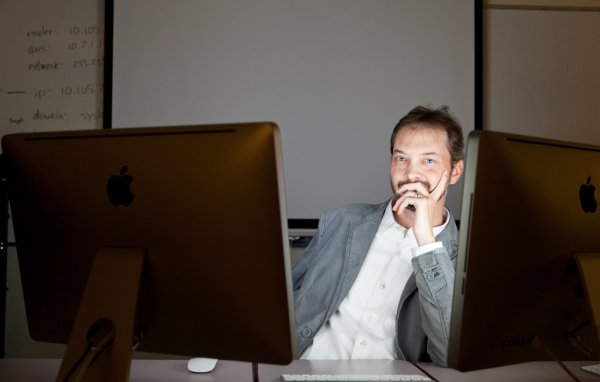 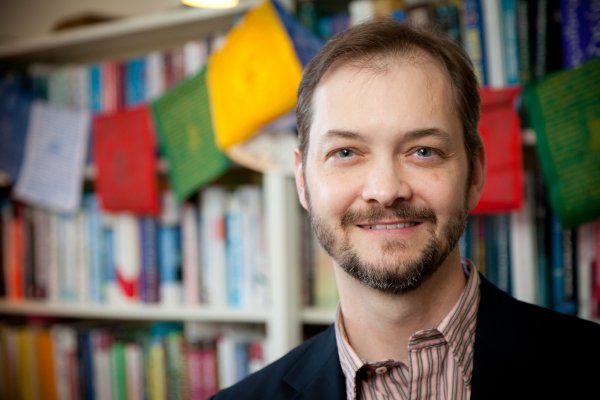 Popular Mechanics makes 110 predictions for the next 110 years

Digital "ants" will protect the U.S. power grid from cyber attacks. Programmed to wander networks in search of threats, the high-tech sleuths in this software, developed by Wake Forest University security expert Errin Fulp, leave behind a digital trail modeled after the scent streams of their real-life cousins. When a digital ant designed to perform a task spots a problem, others rush to the location to do their own analysis. If operators see a swarm, they know there's trouble...

This type of "swarming intelligence", say researchers, is at the heart of the software under development and, claims Errin Fulp, the university's professor of computer science, has the ability to monitor an electrical power grid, looking of all types of malware.

If the approach proves successful in safeguarding the power grid, Fulp's team say it could have wide-ranging applications on protecting anything connected to SCADA (Supervisory Control and Data Acquisition) networks, the computer systems that control everything from water and sewer management systems to mass transit systems to manufacturing systems...

"Our agents use an ant model for movement, feeding, spawning, and dying," Prof. Errin Fulp, who led the team's research efforts, explained to us in an e-mail. "ACO algorithms do the same, but an important difference is that our agents aren't working to achieve a one-time goal. Instead, for our system, the goal is more dynamic, the agents continually move looking for food, which they are given if they find evidence of a security event. Of course they can die if they are not successful."...

Mitigating the impact of computer failure is possible if accurate failure predictions are provided. Resources, applications, and services can be scheduled around predicted failure and limit the impact. Such strategies are especially important for multi-computer ...

Firewalls enforce a security policy by inspecting and filtering traffic arriving or departing from a secure network. This is typically done by comparing an arriving packet to a list of rules and performing the matching rule action, which is accept or deny. ...

Network applications require certain individual performance guarantees that can be provided if enough network resources are available. Consequently, contention for the limited network resources may occur. For this reason, networks use flow control to manage ...

Network multimedia applications require certain performance guarantees that can be provided through proper resource allocation. Allocation techniques are needed to provide these guarantees as efficiently as possible since resources are limited. This paper presents an allocation method called Dynamic Search Algorithm (DSA+)...