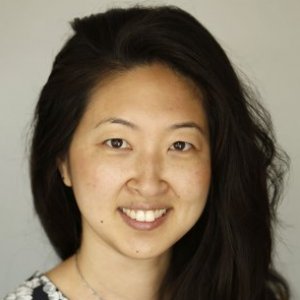 
Esther Lim is an expert in advocacy and reformation of the criminal justice system.

For more than 15 years, she has focused her career on advocacy and reformation of the criminal justice system. As director of the Jails Project for the American Civil Liberties Union of Southern California, she works to defend the civil rights of incarcerated individuals in Los Angeles and Santa Barbara. She monitors the conditions of confinement, overcrowding and excessive use of force on inmates; she has testified in open court and has worked with federal agencies regarding incidents she personally witnessed; and she has been interviewed multiple times by national media organizations. In addition to her jails work, she is also deputy director for the ACLU SoCal’s Advocacy Department, responsible for many administrative and management duties to ensure a more effective and efficient focus on the affiliate’s integrated advocacy approaches to the work.

She sits on the Santa Barbara County Sheriff’s Office’s Community Advisory Committee, the Los Angeles County Sheriff’s Department’s gender-responsive advisory board and the Los Angeles Police Department’s Custody Services Division’s Community-Police Advisory Board. Previously, she served on the Corrections Standards Authority’s (now known as the Board of State and Community Corrections) Executive Steering Committee for the California Department of Corrections and Rehabilitation.

Lim serves as president of the USC Suzanne Dworak-Peck School of Social Work’s Alumni Leadership Council and is a fellow of the Network of Korean-American Leaders. She has also been credited as an associate producer and consultant for several independent movie studios and production companies, providing script and character assessments for directors, producers and actors.

“How long did it take for deputies to intervene while Pham was being killed? Usually if there is a fight going on in the jails, it gets fairly loud in there,” said Esther Lim, director of the ACLU of Southern California’s Jails Project and an author of the report. (...)

“They’re literally scarfing food down,” said Esther Lim, a jails advocate with the ACLU who worked on the report. (...)

Esther Lim, director of the Jails Project at the ACLU of Southern California, called McDonnell’s initial reaction “a little passive.” (...)