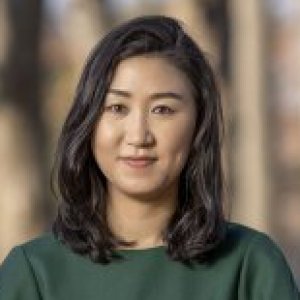 
Expert in American public opinion, political communication and political psychology, with a focus on economic mobility and inequality.

Eunji Kim is an assistant professor of political science and a Carter Family Dean’s Faculty Fellow, studying how the perception of economic mobility and the American Dream has been shaped by a changing media landscape. This research aims to look more closely at the way everyday decisions like what to watch on television affects political beliefs. Her work - informed by data science and analytics - provides unimpeachable evidence of trends that are changing the world.

Kim's book project explains why many Americans believe in the prospect of upward economic mobility despite growing wealth disparities. Her work has been published or forthcoming in the International Organization, Research & Politics and Quarterly Journal of Political Science.

Assistant professor of political science at Vanderbilt University Eunji Kim told Changing America that Jenner does not have the celebrity status of a President Trump or Gov. Arnold Schwarzenegger to persuade voters in a hypothetical recall election. "The fact that she is a Republican, and there are many Republican candidates that will be running for California governor, it will be hard for her to compete," Kim said.

Caitlyn Jenner is no Arnold Schwarzenegger. And she's no threat to Newsom

While there is a history of Republican entertainers who have won office, including Schwarzenegger, Trump and Ronald Reagan, Jenner’s type of celebrity doesn’t translate well into politics, said Eunji Kim, a professor of political science at Vanderbilt University who studies the intersection of pop culture and politics. Schwarzenegger was an action movie hero. Trump was portrayed as a “a strong leader” in his reality TV show, “The Apprentice,” Kim said. “I don’t think that’s true of Caitlyn Jenner” in reality shows like “Keeping Up With the Kardashians.”