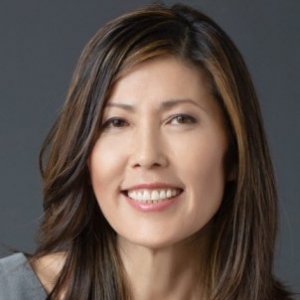 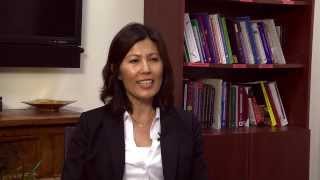 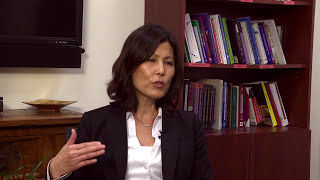 Dr. Pacifici received her Doctor of Pharmacy and PhD in Toxicology from University of Southern California. She conducted her graduate research in the laboratory of Dr. Alex Sevanian in the Institute for Toxicology at USC where she studied the mechanism of oxidative damage and repair in endothelial cell membrane.

After receiving her graduate degrees, Dr. Pacifici worked at Amgen and gained experience in conducting clinical research with a special focus on Asia Pacific and Latin America regions. She initially worked in the clinical development group managing U.S. investigational sites and central laboratories and then went on to work in the Asia Pacific/ Latin America group interfacing with local clinical and regulatory staff in Japan, People’s Republic of China, Taiwan, and Mexico. She represented regional clinical and regulatory views on therapeutic product development teams and led satellite task forces in order to align local efforts with U.S. activities.

In her current role, Dr. Pacifici is working to provide the next generation of regulatory scientists and pharmacy professionals with knowledge, tools, and skills to expedite the development and delivery of innovative, safe, and effective biomedical products.

Role of Phospholipase A2 in Membrane Remodeling

Research and Development in Emerging Markets

Although China's National Medical Products Administration (NMPA) did approve denosumab for the treatment of giant cell tumor of bone around the same time that the retraction was published, the drug was not approved for that purpose while the clinical trial was going on, said Eunjoo Pacifici, PharmD, PhDi, director of the International Center for Regulatory Science at the University of Southern California's School of Pharmacy.

Now in the era of rare drugs, more development needs to be done

Dr. Pacifici said, “In rare drugs, the reimbursement scheme is relatively unclear and there are no targets to compare, which allows for rapid market entry.” "I'm jumping into the rare drug business."

1994 The effects of lipid peroxidation on rabbit aortic endothelial cell phospholipid turnover was studied using linoleic acid hydroperoxide (LOOH). Following treatments with 20-40 microM LOOH, cells prelabeled with either arachidonic acid (20:4) or oleic acid (18:1) showed a movement of these fatty acids out of the phospholipids and into neutral lipid and free fatty acid pools. There was also a release of radioactive free fatty acids and phospholipids into the media, which was significantly increased as compared to cells maintained under standard culture conditions. Fatty acid uptake and distribution among phospholipid pools was also affected by LOOH treatment where incorporation of 20:4 and 18:1 into phosphatidylcholine (PC) decreased, while uptake into phosphatidylinositol (PI) increased after 1 h of incubation with 40 microM LOOH. These effects were also inhibited by vitamin E. In cells prelabeled with 20:4 or 18:1 under conditions where approximately 99% of the fatty acids were incorporated into neutral and phospholipid pools, LOOH treatment produced a decrease in radioactivity associated with PC, while the specific activity of PI increased. The extent of these changes was greater for 20:4 than 18:1, but in each case the effects were inhibited by vitamin E. The temporal pattern of uptake for labeled choline and inositol after LOOH treatments paralleled those found for fatty acid incorporation. These cell responses indicate that induction of lipid peroxidation produces rapid fatty acid release and phospholipid turnover involving repair as well as de novo synthesis. The implications of these effects on turnover of specific phospholipids and cell responses to oxidative stress are discussed.

1994 Peroxidation of endothelial cell phospholipids was examined following treatments with linoleic acid hydroperoxide. The treatment effects were analyzed over a range of toxicities and exposure intervals as determined by cell plating efficiencies and survival. Over the concentration ranges where lipid peroxidation was evident (20-40 microM treatments in complete medium), significant cytotoxicity was apparent after 1 h of exposure. The extent of toxicity was dependent on the time interval between the end of peroxide treatment and replating of cells. Maximum toxicity was found when cells were replated 1-3 h after treatment. When cells were replated 4 h after treatment a linear increase in cell survival was found as a function of replating time following peroxide exposure. Analysis of cell phospholipids by HPLC after 1 h of exposure to linoleic acid hydroperoxide revealed that peroxidation (evidenced by conjugated diene content) had taken place among a number of phospholipid species with the most marked increases in phosphatidylcholine. Analysis of the fatty acyl composition of phospholipids also showed that the proportions of polyunsaturated fatty acids were reduced relative to saturated fatty acids, indicating peroxidative damage to phospholipids. Pretreatment of cells with vitamin E prevented the peroxidation of all phospholipids and blocked the cytotoxic action of linoleic acid hydroperoxide. These findings indicate that an immediate cytotoxic action of lipid hydroperoxide is associated with peroxidation of membrane phospholipids. This cytotoxicity is a transient effect, and cells surviving the acute injury display a time-dependent increase in plating efficiency representing a period of repair.

Phospholipase A2 stimulation by methyl mercury in neuron culture

1994 In primary prelabeled cultures of cerebellar granule cells, methyl mercury (MeHg) induced a concentration- and time-dependent release of [3H]arachidonic acid. MeHg-induced [3H]arachidonate release was partially dependent on the extracellular Ca2+ concentration. MeHg at 10-20 microM also stimulated basal 45Ca2+ uptake after 20 min of incubation at 37 degrees C, and at 10 microM inhibited K+ depolarization-stimulated uptake. MeHg stimulated [3H]arachidonate uptake, but had no effect on the rate of phospholipid reacylation. Phospholipase A2 (PLA2) activation preceded cytotoxicity, but at higher concentrations of MeHg such dissociation was not evident. Inhibition of MeHg-induced PLA2 activation by 100 microM mepacrine failed to modify cytotoxicity. MeHg-induced lipoperoxidation, measured as the production of thiobarbituric acid-reacting products, was inhibited by alpha-tocopherol without inhibition of [3H]arachidonate release. The absence of alpha-tocopherol inhibition of MeHg-induced arachidonate release precludes a causal role for lipoperoxide-induced PLA2 activation in this system. Moreover, MeHg induced an increased susceptibility of unilamellar vesicles to exogenous PLA2 in the presence of low Ca2+ concentrations without evidence of lipid peroxidation. [3H]Arachidonate incorporation into granule neuron phospholipids was analyzed by isocratic HPLC analysis. Relatively high proportional incorporation was found in the combined phosphatidylcholine fractions and phosphatidylinositol. With MeHg, an increase in the relative specific activity of incorporation was found in the phosphatidylinositol fraction, indicating a preferential turnover in this phospholipid species in the presence of MeHg.