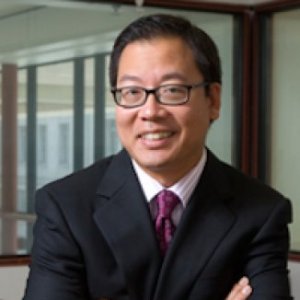 Professor Evan Lee graduated from University of California, Berkeley, A.B. (1982) and Yale Law School, J.D. (1985). After law school, he clerked for the Hon. William H. Orrick, Jr., United States District Judge for the Northern District of California in 1985 to 1986. The third-year class voted him “Outstanding Faculty Member of the Year” in 1997, 2002, and 2007. In 2006, the student body voted him “Professor of the Year,” and in 2005 he won the Rutter Group Award for Excellence in Teaching.

Every July, Professor Lee joins Professors Erwin Chemerinsky, Laurie Levenson, and Suzanna Sherry as faculty for the Federal Judicial Center’s “Supreme Court Term in Review,” a television program produced for federal district judges and their clerks to keep them abreast of the Supreme Court’s most recent decisions.

In 2015, Professor Lee published an article In the Hastings Constitutional Law Quarterly called "Why California's Second-Degree Felony-Murder Rule is Now Void for Vagueness." Multiple parties are now preparing to use the argument outlined in this article to challenge their convictions in the California Supreme Court. 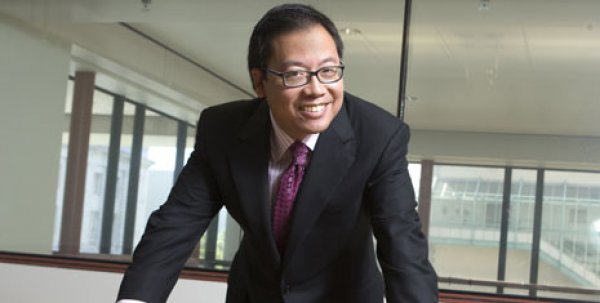 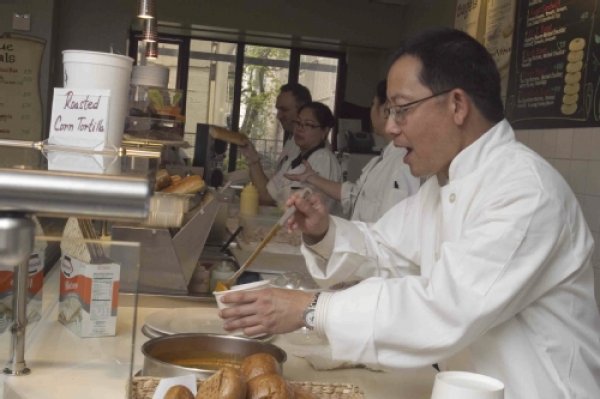 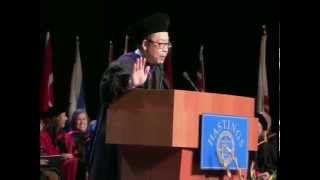 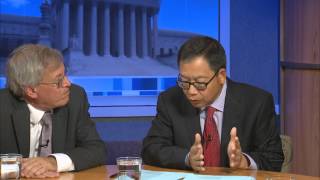 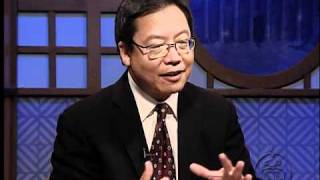 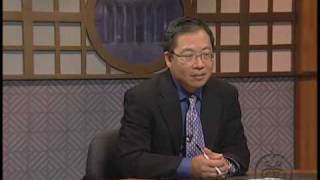 Awarded by the student body of UC Hastings College of the Law.

Award for Excellence in Teaching (professional)

Awarded by the Rutter Group.

Evan Lee, a professor at the University of California, Hastings College of the Law in San Francisco, said it is “moderately rare” for a judge to toss an indictment. Lee said prosecutors have “an immense amount of power to get grand juries to do what they want,” so judges are an important check against that power. “Judges feel like they have to take some ownership of it,” said Lee, who lives in Tiburon...

Evan Lee, a Hastings professor who lives in Tiburon, said he did not think prosecutors were irresponsible to bring the case, but neither did they have a duty to. “What makes it borderline is: I think Simon had good reason to be afraid,” he said. “It’s not every day that someone tails you all the way to your house and goes into your driveway. People like that can be pretty scary.”...

“I don’t think there’s any question that ideology influences decisions on the less-technical and more-political of legal decisions,” said Evan Lee, a professor at the University of California Hastings College of Law, citing Obamacare and abortion cases as examples. Although a judge’s nominating party influences only so much, he said, appointees don’t always turn out as presidents plan, and judges tend to have “idiosyncrasies” that emphasize certain rights or other aspects of jurisprudence...

van Lee, a professor at UC Hastings College of Law who specializes in constitutional and criminal law, said there is nothing simple about federal exemption in the case of foie gras. "So far, there is nothing I can find that makes it explicit," he said. "There's no doubt there is something magical about being on federal land. But you still need Congress to sprinkle its fairy dust." And Lee is not sure Congress is going to want to butt heads with the state in the foie gras fight...

Because of changes in sentencing laws, it is unclear how long Naso might have served in prison had he been charged with rape and convicted in the early 1960s, said Evan Lee, a law professor at the University of California, Hastings who has been following the Naso case...

In the last decade, federal prison populations and deportations have both soared to record numbers. The principal cause of these sharp increases has been the leveraging of prior criminal convictions – mostly state convictions – into federal sentencing enhancements and deportations. These increases are controversial on political and policy grounds. Indeed, the political controversy has overshadowed the fact that the Nation’s Article III and immigration courts have struggled with an exquisitely difficult set of technical problems in determining which state criminal convictions should qualify for federal sentencing enhancements and/or deportation. The crux of the problem is that the underlying crime can be viewed in a fact-sensitive manner – which usually benefits the government – or in an abstract, “categorical” manner – which usually benefits the individual. In two recent decisions, Descamps v. United States and Moncrieffe v. Holder, the U.S. Supreme Court has squarely sided with a categorical approach. Yet the implementation of a categorical approach faces three huge challenges: first, it cuts against the widely shared intuition that just punishment should turn on the facts of the case in question; second, it presupposes that federal courts will always be able to ascertain the essential elements of state offenses; and third, a categorical approach resists application to a significant number of existing federal statutes. This Article sketches out a coherent framework for administering a categorical approach across both federal sentencing and immigration, in the process reconciling seemingly inconsistent Supreme Court decisions and suggesting how several circuit splits should be resolved.

Which Felonies Pose a 'Serious Potential Risk of Injury' for Federal Sentencing Purposes?

Both the federal Armed Career Criminal Act and Sentencing Guidelines provide greatly enhanced punishment for defendants previously convicted of felonies that present a "serious potential risk of injury." The Supreme Court has by its own admission struggled to develop a formula for ascertaining which felonies meet this description. Most of the Justices agree that empirical data could be probative of the degree to which various offenses present risk of injury, but no existing study compares frequency of injury across a wide range of offenses. This Article tabulates injury data from a single source, the National Incident-Based Reporting System (NIBRS), with respect to 42 crimes, and makes some recommendations.

The Bivens cause of action has long been regarded as presumptively available in any case where a federal official has violated one's constitutional rights. Although Bivens itself recognized limited exceptions, and although those exceptions have multiplied and expanded over the years, the presumption remained in place. In the last five years, however, the presumption has disappeared; the courts are to make ad hoc judgments about whether to make damages available on policy grounds. Moreover, the War on Terror has made its own categorical inroads on the Bivens remedy. Recognizing that the separation of powers and national security arguments have force, this Essay argues that the Supreme Court has nonetheless lost its perspective on the doctrine.

For the last forty years, the Supreme Court has insisted that the standing doctrine’s requirements of imminent injury-in-fact, causation, and redressability are mandated by Article III of the Constitution. During that same time, however, the federal courts have consistently permitted Congress to relax or altogether eliminate those requirements in many “procedural rights” cases — ones in which a federal statute creates a right to have government follow a particular procedure, including to provide judicial review of agency decisions. This Article asks how best to rationalize this contradiction. After examining several possibilities, we conclude that the best course is to recognize openly that the Case or Controversy Clause of Article III means different things in different types of litigation. In one “tier” — cases where Congress has made it clear that it has created procedural rights that may be vindicated in court without meeting the usual injury, causation, and redressability requirements — the plaintiff should merely be required to show that he or she falls within the “zone of interests” the statute aims to protect. In all other cases — the other “tier”—existing Article III standing requirements would apply.

The Trouble with City of Boerne, and Why It Matters for the Voting Rights Act As Well

The Supreme Court's test for the constitutionality of state action and its test for the constitutionality of congressional legislation enforcing the Fourteenth Amendment are out of synch with one another. When a plaintiff challenges state action under the Fourteenth Amendment, the degree of scrutiny varies with the type of claim. Racial classifications, for example, are examined under "strict" scrutiny. Most classifications, such as disability, age, or socioeconomic status, are examined on a "rational basis." When Congress acts pursuant to its Section 5 powers under the Fourteenth Amendment to protect rights, however, the Court has no corresponding spectrum of degrees of scrutiny. In this paper I argue that the Court should adopt the "mirror image" spectrum of scrutiny for congressional enactments pursuant to its Section 5 powers. For example, if Congress seeks to protect people from age discrimination or discrimination based on disability by permitting individuals to sue states without their consent in federal court, the plaintiff should have to show that he or she actually suffered a constitutional violation in the case at bar. If Congress seeks to protect people from race discrimination, the plaintiff should have to show only that there is a rational, "means-end" relationship between the congressional remedy and the targeted discrimination. Applying this test to the Fifteenth Amendment, which prohibits race discrimination in voting, the courts should apply rational, "means-end" scrutiny to statutes such as the Voting Rights Act, including the preclearance condition that is likely to come before the Supreme Court in the near future.