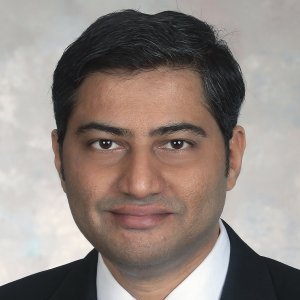 
Dr. Faisal Shaikh's areas of expertise include chemical engineering, biotechnology and microfluidics (lab on a chip).

Dr. Faisal Shaikh is the biomolecular engineering program director in Milwaukee School of Engineering’s Physics and Chemistry Department. He joined the faculty in 2010 and has developed a significant number of the core chemical engineering courses, albeit with a focus on biology. He has championed several of the program’s industry-academia partnerships for senior design projects.

2019-2020 This award was initiated to recognize the vision of Karl O. Werwath and the contribution of MSOE faculty and staff who have fostered the advancement of applied scientific knowledge.

In-class anonymous student feedback and interactivity at the speed of light!

Gordon Conference on the Physics and Chemistry of Microfluids  Waterville Valley, NH

DNA analysis on Lab on a chips

A review of biodiesel production from microalgae

2017 As the search for alternatives to fossil fuels continues, microalgae have emerged as a promising renewable feedstock for biodiesel. Many species contain high lipid concentrations and require simple cultivation—including reduced freshwater and land area needs—compared to traditional crops used for biofuels. Recently, technological advancements have brought microalgae biodiesel closer to becoming economically feasible through increased efficiency of the cultivation, harvesting, pretreatment, lipid extraction, and transesterification subsystems. The metabolism of microalgae can be favorably manipulated to increase lipid productivity through environmental stressors, and “green” techniques such as using flue gas as a carbon source and wastewater as a media replacement can lower the environmental impact of biodiesel production. Through life cycle assessment and the creation of process models, valuable insights have been made into the energy and material sinks of the manufacturing process, helping to identify methods to successfully scale up microalgae biodiesel production. Several companies are already exploring the microalgae industry, offsetting operating costs through isolation of co-products and careful unit operation selection. With numerous examples drawn from industry and the literature, this review provides a practical approach for creating a microalgae biodiesel facility.

2011 Visible to the naked eye: An interplay between microscale electrophoresis and electrochemistry was exploited to simultaneously confine macromolecular encapsulants near an electrode surface while inflating them with gases evolved from the electrochemical reactions localized there. The compacted film can be seen under ordinary white light even when samples are unlabeled thus enabling a label‐free technique for the detection of a variety of macromolecules including DNA, proteins, and cyclodextrans.

Micro and Nano Technologies in Bioanalysis

2009 Focusing methods are a key component in many miniaturized DNA analysis systems because they enable dilute samples to be concentrated to detectable levels while being simultaneously confined within a specified volume inside the microchannel. In this chapter, we describe a focusing method based on a device design incorporating arrays of addressable on-chip microfabricated electrodes that can locally increase the concentration of DNA in solution by electrophoretically sweeping it along the length of a microchannel. By applying a low voltage (1–2 V) between successive pairs of neighboring electrodes, the intrinsically negatively charged DNA fragments are induced to migrate toward and collect at each anode, thereby allowing the quantity of accumulated DNA to be precisely metered. We have characterized the kinetics of this process, and found the response to be robust over a range of different sample compositions and buffer environments.