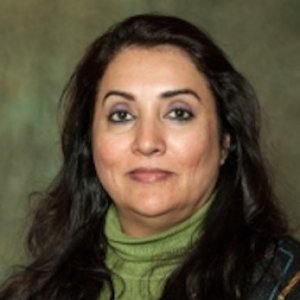 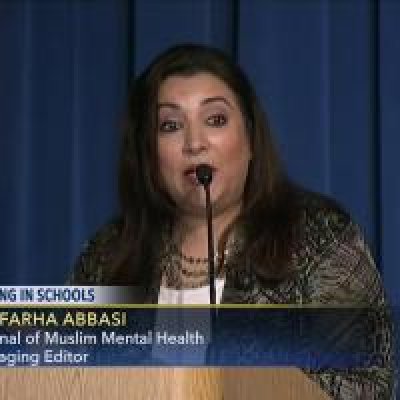 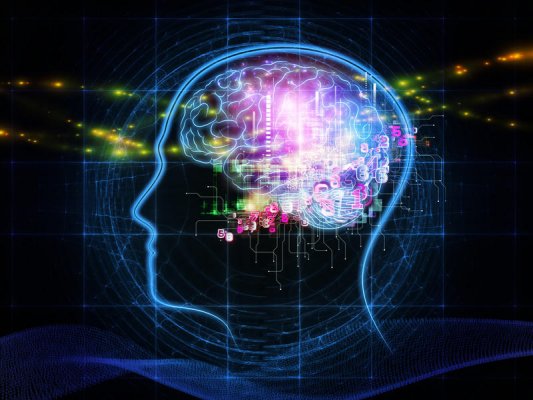 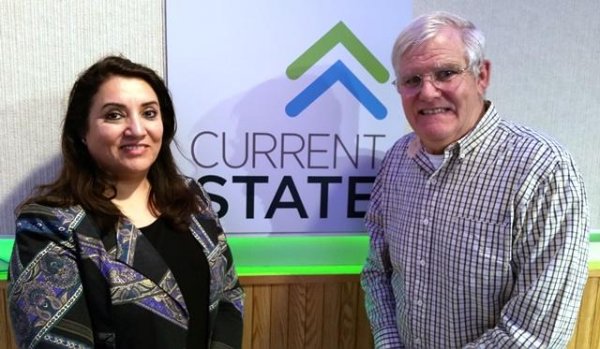 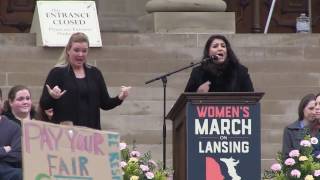 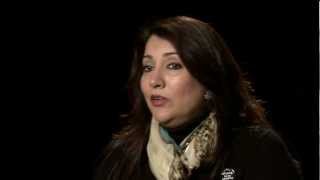 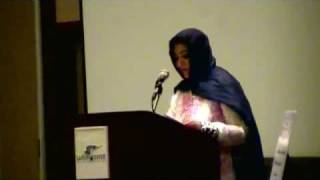 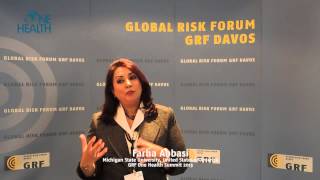 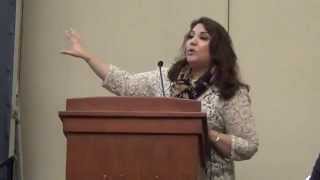 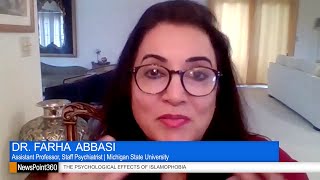 Farha Abbasi is an assistant professor in the Department of Psychiatry at Michigan State University and staff psychiatrist at MSU's student health center. She can speak to a range of topics including the psychological effects and implications around suicide, terrorism, bullying and harassment.

Abbasi emigrated from Pakistan and settled in the United States in 2000 with her husband and three daughters. In January of 2009, she was awarded the American Psychiatric Association SAMSHA Minority Fellowship. She used the grant money to create awareness about cultural competency, to redefine it as not just tolerance for others but rather acceptance.

Her areas of interest are cultural psychiatry and teaching medical students how to provide culturally appropriate care to Muslim patients. She works directly with the Muslim American community to encourage integration rather than isolation from main stream society. Abbasi recently received the Pioneer Award from the Michigan All Pakistan Physicians of North America.

In addition to her efforts to build bridges between cultures, Abbasi’s work as a psychiatrist has led her to publicly address the barriers that stigmatize and silence mental health issues within the Islamic community. She has established the Muslim Mental Health Conference and is the managing editor for the Journal of Muslim Mental Health.

The Minority Fellowships Program (MFP) is one of the oldest most respected and admired resident fellowships in the APA. The MFP endeavors to eliminate racial and ethnic disparities in mental health and substance use care by providing specialized training to psychiatry residents and medical students interested in serving minority communities. Emphasis is placed on special mentoring and career enrichment programs at the APA Annual and IPS Meetings and throughout the year.

Youth suicide rates were escalating pre-pandemic. Here's how to keep the coronavirus crisis from making it worse.

Dr. Farha Abbasi, an assistant professor of psychiatry at Michigan State University, tells Yahoo Life that she's particularly concerned about the “chaos” young people have endured. “They've seen wars, economic meltdowns, and now, of course a global pandemic,” she says. “There was a time when you would say that high school and graduation was enough, and now you're telling them that, even if you go to college or professional school, the job market is shrinking. It's a lot.” The pandemic has also caused “ongoing trauma” in youths, Abbasi says. “There's this whole complex grief going on, and [no one knows] when and how it's going to end,” she says.

Empathy, empowerment, engagement: How to talk about suicide with loved ones

The world is still reeling from the recent deaths of designer Kate Spade and chef and writer Anthony Bourdain. These tragedies have drawn the country's attention as rates of suicide continue to climb. In the United States, suicide rates have risen each year for the past two decades. The Centers for Disease Control and Prevention reports that between 1999 and 2016, there were 25 states that experienced a more than 30 percent increase in suicide rates. So what can you do if you know someone who is thinking of suicide? Dr. Farha Abbasi is a professor of psychiatry at Michigan State University. Stateside sat down to speak with Abbasi about ways you can help.

In these divided times, psychological trauma takes many forms

Trauma comes in many forms: from refugees who were forced to walk over dead bodies as a child on the way to school in a war-torn country, to survivors of sexual assault, to the spiritual trauma many feel living in a nation that is divided and bitter. Dr. Farha Abbasi, an assistant professor of psychiatry at Michigan State University, joined Stateside to talk about her definition of trauma, what can cause it and how to treat it. "Trauma is acute, or chronic adverse experience that really impacts your mind to a point that you are unable to cope [with it] – the inability to cope with an acute, adverse experience, the inability to go back to your previous functioning, the inability to continue to function, the inability to maintain relationships," Abbasi said. "So it's almost like a shut down of your brain and your body."

What do we really mean when we talk about mental health and mental illness? We use those terms so often, but do we really understand what we’re talking about? Dr. Farha Abbasi joined us today to take a look at how we talk about mental well-being and the surrounding stigma. “When we say, you are mentally healthy, it means you are living up to all your commitments, you are enjoying life," Abbasi said. “Why are you not ashamed or feel bad talking about your diabetes? Then why should you have any reservation talking about your depression?” she asked. Listen to our conversation above for more.

Young Muslim Americans Are Feeling the Strain of Suspicion

Farha Abbasi, assistant professor of psychiatry at Michigan State University and an expert in Muslim mental health, said that since the Sept. 11 attacks, young Muslims in the United States have dealt with “chronic trauma” from the constant stress of anti-Muslim sentiment. “On top of that, you have acute stress since the Daesh attacks started, and all the frenzy,” she said in an interview, using the Arabic name for ISIS. Should the backlash against Muslims persist at or near current levels, she warned, “in the next few years we will realize how harmful and detrimental that’s going to be.”

Farha Abbasi: The journey has begun

Farha Abbasi is an assistant professor in the Department of Psychiatry and specializes in mental health issues among Muslims. She has been coordinating the Muslim Mental Health Conference, the only event of its kind in the nation, for the past seven years. This year’s event will take place March 26-29 at the Dearborn Inn in Dearborn, Michigan.

Crisis of faith or mental illness?

Journal of the American Academy of Child & Adolescent Psychiatry