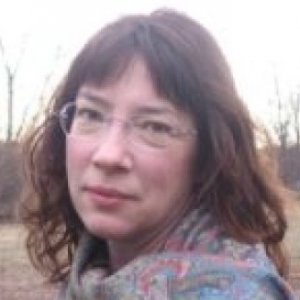 Prof. Pratto’s research addresses the processes and consequences of inequality. Thus, her work is known in social psychology, political psychology, and related disciplines. Her research has addressed a variety of real-world issues, including race- and sex- discrimination in hiring, prejudice against lesbians, gay men, and immigrants, violations of International Humanitarian Law in war-time, terrorism and counter-terrorism, and the Arab uprisings. She uses a wide variety of research methods, from interactive games, to lab and field experiments, to international surveys and comparative studies (which compare different societies systematically).

Have psychologists found a better way to persuade people to save the planet?

Sidanius and his colleague Felicia Pratto, now at the University of Connecticut, designed a scoring system known as social dominance orientation (SDO) – a measure of how much people will accept social inequality. It’s based on agreement or disagreement with a series of written statements such as “some groups of people are simply inferior to other groups”.

To many Americans, being patriotic means being white

Within the social science literature on intergroup relations, Jim Sidanius and Felicia Pratto’s influential theory of social dominance argues that politically dominant groups — like whites in the United States — effectively claim “ownership of the nation.” According to this theory, “nationality and ethnicity are complementary because their power has enabled whites to successfully define the prototypical American in their own image.”

Why are there still Nazis? These eight questions can help explain.

“Social dominance theory provides a yardstick for measuring social and political ideologies,” says Felicia Pratto, who developed the theory with fellow psychologist Jim Sidanius. “SDO is one way – not the only one – to try to figure out what those ideologies are ‘about.’”

2017 Power is the core of social relationships and social actions, and it also corresponds to survival needs and associates with one’s quality of life. Using a psycho–ecological approach, Power Basis Theory defines power as the ability to meet one’s basic survival needs given one’s own capabilities in the context of environmental and affordances. In this unique contribution, Power Basis Theory further identifies six types of power, each of which meets a distinct survival need. The actions and social transations people use to try to meet their needs create social and ecological changes for those in one’s social field. These dynamics may produce greater inequality through power transaction which is fungible rather than exchangeable. Thus, the framework addresses where each type of power comes from pertaining to interpersonal and intergroup levels, and provides processes by which power connects to social inequality. Power Basis Theory provides a new approach for research on the social psychology of power.

The Need for Power and the Power of Need: An Ecological Approach for Political Psychology

I’d Rather Be the Load Than the Fulcrum: Leveraging Needs Perspective

2016 The simple machine, the lever, allows one to use a small force (“effort”) to overcome a larger force (often gravity) by amplifying the effort via the plank on the fulcrum. Anderson’s introduction defines leverage as “using the minimum effort to achieve the maximum force” (5). Leveraging is a way to gain power when one has little power, and Anderson’s agenda is to quell the misuse (my word) of leverage in perpetuating disadvantage and to enable more equality (he addresses sexism specifically). Leveraging includes readable chapters written from the view of philosophy, economics, political science, labor relations, public policy, family relations, international relations, history, and law, although each centers on the United States.

2016 Health disparities between groups remain even after accounting for established causes such as structural and economic factors. The present research tested, for the first time, whether multiple social categorization processes can explain enhanced support for immigrant health (measured by respondents’ behavioral intention to support immigrants’ vaccination against A H1N1 disease by cutting regional public funds). Moreover, the mediating role of individualization and the moderating role of social identity complexity were tested. Findings showed that multiple versus single categorization of immigrants lead to support their right to health and confirmed the moderated mediation hypothesis. The potential in developing this sort of social cognitive intervention to address health disparities is discussed.

Support for asymmetric violence among Arab populations: The clash of cultures, social identity, or counterdominance?

2015 Using a random sample of 383 Muslims and Christians in Lebanon and Syria, we explored the degree of public support for two distinct kinds of asymmetric violence—“fundamentalist violence” and “resistance violence”—against the United States as a function of three explanatory narratives: a clash of cultures narrative, social identity/self-categorization theory, and a counterdominance perspective. Multiple regression analyses showed that the factors most closely associated with support of asymmetric violence among Arab populations was very much dependent upon the type of asymmetric violence. Among both Christians and Muslims, the results showed that perceived incompatibility between Arab and American cultures was the best predictor of support for fundamentalist violence, while perceived American domination of the Arab world was the distinctly strongest predictor of support for resistance violence. The theoretical and practical implications are discussed.