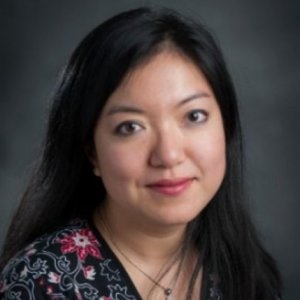 Coronavirus and food safety: DO NOT SHARE FOOD WITH OTHERS! 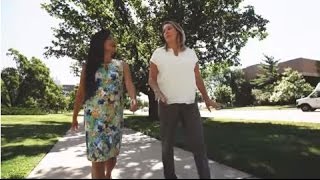 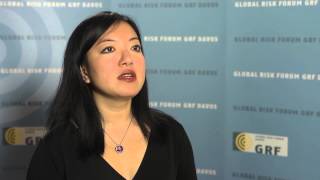 Dr. Felicia Wu is the John A. Hannah Distinguished Professor of Food Science & Human Nutrition and Agricultural, Food, & Resource Economics. Her research examines the national and global burden of foodborne disease, how improved nutrition can counteract the harmful effects of toxins, and how cost-effective strategies can improve food safety in the United States and worldwide. Recently, her work has expanded to examine the risk of antimicrobial resistance from antibiotic use in livestock production, and how we can curb these risks. For her research on the impact of aflatoxin regulations on global liver cancer, Dr. Wu was awarded a US National Institutes of Health (NIH) EUREKA Award. She was commissioned by the World Health Organization (WHO) to estimate the global burden of disease caused by aflatoxin and arsenic in food, and co-authored the WHO 2015 report on the Global Burden of Foodborne Disease.

Currently, Dr. Wu serves as an expert advisor to the Joint FAO/WHO Expert Committee on Food Additives (JECFA) of the United Nations. She is an area editor for three journals: Risk Analysis, World Mycotoxin Journal, and Archives of Environmental and Occupational Health. Recently, she served on the US National Academy of Sciences (NAS) panel on the future of animal sciences research for global food security. Currently, she serves as an invited reviewer for the Intergovernmental Panel on Climate Change (IPCC: 2007 Nobel Peace Laureate) Sixth Assessment Report. She has also been selected to serve on the MSU Presidential Search Committee. Dr. Wu earned her A.B. and S.M. in Applied Mathematics and Medical Sciences at Harvard University, and her PhD in Engineering and Public Policy at Carnegie Mellon University.

In Utero Exposure to Dietary Toxins

Livestock workers have an elevated risk of getting infected with dangerous, antibiotic-resistant "superbug" bacteria, a new study shows. Researchers from Michigan State University expected that finding when studying those risks by reviewing 15 years of published literature. They just didn't expect the risks to be as high as what their research uncovered. "This is a bit of a wakeup call," said Felicia Wu. She is a professor in the departments of food science and human nutrition and agricultural, food and resource economics at Michigan State. "I don't think there was much awareness that swine workers are at such high risk, for example. Or that large animal vets are also at extremely high risk," Wu said in a university news release.

'Do not eat this cereal': As Honey Smacks outbreak expands, recalled cereal still sold in stores

'Salmonella is usually linked to things like raw meat and dairy products, so it’s a little confusing for it to show up in a dry cereal. This isn’t common at all, but it happens, Felicia Wu, a professor in the Department of Food Science and Human Nutrition at Michigan State University, tells Yahoo Lifestyle. “Typically, American breakfast cereals are considered dry products, thus not considered a source of bacterial contamination,” she says...'

2018 Growth impairment is a major public health issue for children in Tanzania. The question remains as to whether dietary mycotoxins play a role in compromising children's growth. We examined children's exposures to dietary aflatoxin and fumonisin and potential impacts on growth in 114 children under 36 months of age in Haydom, Tanzania. Plasma samples collected from the children at 24 months of age (N = 60) were analyzed for aflatoxin B1-lysine (AFB1-lys) adducts, and urine samples collected between 24 and 36 months of age (N = 94) were analyzed for urinary fumonisin B1 (UFB1).

2017 Aflatoxin, a mycotoxin found commonly in maize and peanuts worldwide, is associated with liver cancer, acute toxicosis, and growth impairment in humans and animals. In Tanzania, sunflower seeds are a source of snacks, cooking oil, and animal feed. These seeds are a potential source of aflatoxin contamination. However, reports on aflatoxin contamination in sunflower seeds and cakes are scarce.

Aflatoxin exposure during the first 36 months of life was not associated with impaired growth in Nepalese children: An extension of the MAL-ED study

A risk assessment of dietary Ochratoxin a in the United States

2016 Ochratoxin A (OTA) is a mycotoxin (fungal toxin) found in multiple foodstuffs. Because OTA has been shown to cause kidney disease in multiple animal models, several governmental bodies around the world have set maximum allowable levels of OTA in different foods and beverages. In this study, we conducted the first exposure and risk assessment study of OTA for the United States' population. A variety of commodities from grocery stores across the US were sampled for OTA over a 2-year period. OTA exposure was calculated from the OTA concentrations in foodstuffs and consumption data for different age ranges.

Potential economic losses to the US corn industry from aflatoxin contamination

2015 Mycotoxins, toxins produced by fungi that colonise food crops, can pose a heavy economic burden to the US corn industry. In terms of economic burden, aflatoxins are the most problematic mycotoxins in US agriculture. Estimates of their market impacts are important in determining the benefits of implementing mitigation strategies within the US corn industry, and the value of strategies to mitigate mycotoxin problems.

2014 Mycotoxins are toxic and carcinogenic metabolites produced by fungi that colonize food crops. The most agriculturally important mycotoxins known today are aflatoxins, which cause liver cancer and have also been implicated in child growth impairment and acute toxicoses; fumonisins, which have been associated with esophageal cancer (EC) and neural tube defects (NTDs); deoxynivalenol (DON) and other trichothecenes, which are immunotoxic and cause gastroenteritis; and ochratoxin A (OTA), which has been associated with renal diseases. This review describes the adverse human health impacts associated with these major groups of mycotoxins. First, we provide background on the fungi that produce these different mycotoxins and on the food crops commonly infected. Then, we describe each group of mycotoxins in greater detail, as well as the adverse effects associated with each mycotoxin and the populations worldwide at risk. We conclude with a brief discussion on estimations of global burden of disease caused by dietary mycotoxin exposure.

2014 Moulds that grow naturally on food can produce toxins that have serious effects on health, even causing cancer. Certain moulds — especially those that grow in maize (corn), peanuts and tree nuts such as almonds and pistachios — produce aflatoxin, a carcinogen that is estimated to cause up to 28% of the total worldwide cases of hepatocellular carcinoma (HCC), the most common form of liver cancer.

2013 In this study, we developed a social network model of the global trade of maize: one of the most important food, feed, and industrial crops worldwide, and critical to food security. We used this model to analyze patterns of maize trade among nations, and to determine where vulnerabilities in food security might arise if maize availability was decreased due to factors such as diversion to nonfood uses, climatic factors, or plant diseases. Using data on imports and exports from the U.N. Commodity Trade Statistics Database for each year from 2000 to 2009 inclusive, we summarized statistics on volumes of maize trade between pairs of nations for 217 nations. There is evidence of market segregation among clusters of nations; with three prominent clusters representing Europe, Brazil and Argentina, and the United States. The United States is by far the largest exporter of maize worldwide, whereas Japan and the Republic of Korea are the largest maize importers. In particular, the star‐shaped cluster of the network that represents U.S. maize trade to other nations indicates the potential for food security risks because of the lack of trade these other nations conduct with other maize exporters. If a scenario arose in which U.S. maize could not be exported in as large quantities, maize supplies in many nations could be jeopardized. We discuss this in the context of recent maize ethanol production and its attendant impacts on food prices elsewhere worldwide.

2013 The aflatoxins are a group of fungal metabolites that contaminate a variety of staple crops, including maize and peanuts, and cause an array of acute and chronic human health effects. Aflatoxin B1 in particular is a potent liver carcinogen, and hepatocellular carcinoma (HCC) risk is multiplicatively higher for individuals exposed to both aflatoxin and chronic infection with hepatitis B virus (HBV). In this work, we sought to answer the question: do current aflatoxin regulatory standards around the world adequately protect human health? Depending upon the level of protection desired, the answer to this question varies. Currently, most nations have a maximum tolerable level of total aflatoxins in maize and peanuts ranging from 4 to 20ng/g. If the level of protection desired is that aflatoxin exposures would not increase lifetime HCC risk by more than 1 in 100,000 cases in the population, then most current regulatory standards are not adequately protective even if enforced, especially in low-income countries where large amounts of maize and peanuts are consumed and HBV prevalence is high. At the protection level of 1 in 10,000 lifetime HCC cases in the population, however, almost all aflatoxin regulations worldwide are adequately protective, with the exception of several nations in Africa and Latin America.