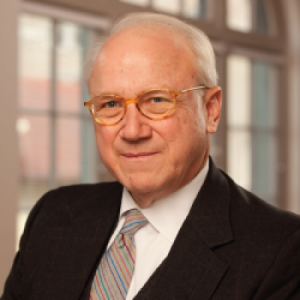 Professor of the Practice, UNC Hussman School of Journalism and Media; Director of Program on Public Life | UNC-Chapel Hill


Guillory can discuss American politics, race and social trends, and education policy in the South and N.C. 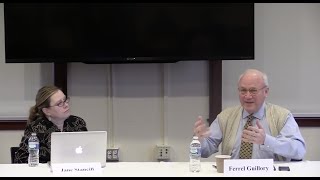 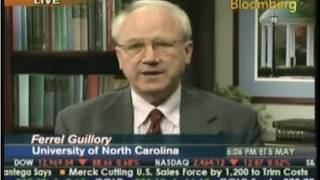 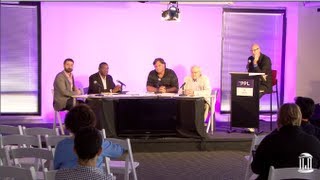 Ferrel Guillory is a professor of the practice of journalism the UNC Hussman School of Journalism and Media.

In 2014, Guillory co-founded EducationNC, a nonprofit news organization that delivers reporting and analysis on preK-12 education in the state. He serves as vice chair of the board and writes a weekly column for www.ednc.org.

In addition, Guillory is a senior fellow at MDC Inc., a workforce and economic development nonprofit research firm in Durham, NC. Through MDC, he has co-authored The State of the South, a series of reports to the region and its leadership since 1996. He also co-authored the book, "The Carolinas: Yesterday, Today, Tomorrow: An Exploration of Social and Economic Trends, 1924-1999" (Duke Press, 1999), commissioned by the Duke Endowment.

Gov. Mike Easley appointed him to the North Carolina Education First Task Force. Guillory served on the steering committee of the Rural Prosperity Task Force, appointed by Gov. Jim Hunt and chaired by Erskine Bowles. In 2000, Guillory taught at Davidson College as the James K. Batten Professor of Public Policy.

Before academia, Guillory spent more than 20 years as a reporter, editorial page editor and columnist for The News & Observer in Raleigh, N.C. He has had freelance articles published in The New York Times, The Washington Post, The Economist, The New Republic, America, Commonweal, and Southern Cultures. Guillory has contributed chapters to books on David Duke and the politics of race, on economic transition in tobacco regions and on North Carolina politics and government.

Guillory was inducted into the N.C. Journalism Hall of Fame in 2007, and in 2012 he received the Edward Kidder Graham Award that recognizes public service by a member of the UNC-Chapel Hill faculty.

Professor Guillory was elected by the UNC faculty to join the Honorary Degrees and Special Awards Committee.

The Edward Kidder Graham Award was established in 2010 to recognize outstanding service by a member of the Voting Faculty of the University of North Carolina at Chapel Hill.

Professor Guillory was inducted into the North Carolina Journalism Hall of Fame in 2007.

Presidential Ambitions Might Kill the Democrats' Chance of Retaking the Senate

Stein passed on a 2016 Senate bid, too, despite being a top recruit of the national party. Like the state’s Democratic governor Roy Cooper, his predecessor as attorney general, Stein might have his eye on the executive mansion, says Ferrel Guillory, director of the Program on Public Life at the University of North Carolina. Going off to Washington for what would be a partial Senate term before the 2024 gubernatorial election would not help to accomplish that goal.

Guillory believes Tillis is vulnerable, though—especially during a presidential election year, when dissatisfaction with Trump among independents could bleed into the Senate contest. At 34 percent, his Morning Consult approval rating is good for third-lowest in the country, and his 53 percent of support from Republican voters is second-lowest among Republican senators up for re-election (trailing only Gardner in Colorado). “About one-third of voters think of themselves as unaffiliated,” Guillory says. In 2016, the same North Carolinians who re-elected Republican senator Richard Burr and voted for Donald Trump also tapped Cooper to be their governor. “There are no landslides here.”

Kentucky clerk jailed for defying court order on gay marriage hailed as a martyr for religious liberty by some in Republican party. Professor Ferrel Guillory weighs in. 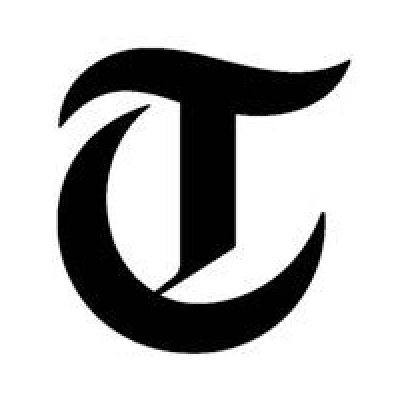 Ferrel Guillory, a former editorial page editor at the News & Observer, is co-founder of EducationNC and talks about the frontier of education policy and digital journalism. 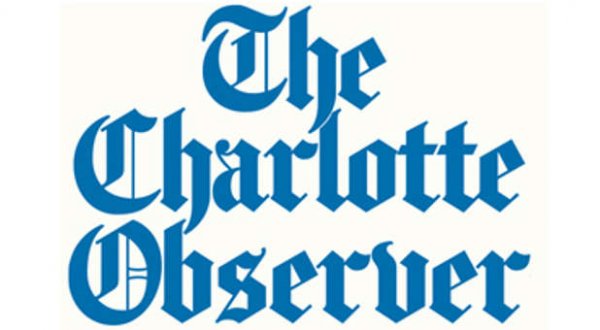 Authored by Professor Guillory: "At the root of the uncertainty lies a pervasive doubt: whether the South can sustain the American Dream of each generation moving up and doing better than previous generations." 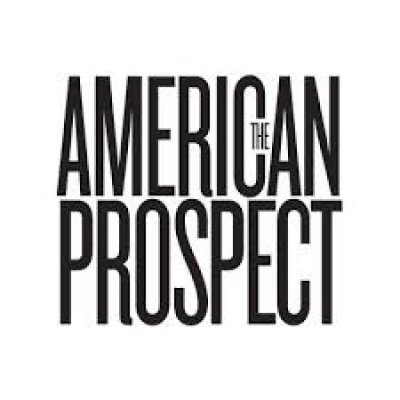 State & National Editor Madeline Will sat down with Ferrel Guillory, a UNC journalism professor who covered mostly state government issues for the (Raleigh) News & Observer for more than 20 years, to talk about sunshine in the state.

In 2016, voters approved the $2 billion NC Connect bond issue to finance university and college construction and renovations along with improvements to parks and National Guard facilities. Yet there has been no state bond issue for pre-K-12 public schools since 1996.

Now, a variety of proposals offer the General Assembly an opportunity to respond to documented needs for new schools, additions and renovations. The needs range from modernizing dilapidated buildings in economically stressed rural communities to providing classrooms to accommodate fewer students per teacher in grades K-3. The most
recent facility needs survey puts the backlog at
$8 billion.

When Gov. Roy Cooper vetoed the “technical corrections” bill before Christmas, he sent the General Assembly a spare three-sentence message. In doing so, he signaled that large issues lay behind the “technical” adjustments to previous legislation.

“Ending storm-water and water quality protections threaten the safety of our communities,” the governor said. “Additionally, municipal charter schools set a dangerous precedent that could lead to taxpayer funded resegregation. Therefore, I veto the bill.”

While someone with more knowledge of storm-water regulations can unpack the first sentence, I want to return to the second sentence to highlight its significance. In it, North Carolina’s highest statewide elected official acknowledged the threat posed by further separation of students along lines of race and income in the state’s schools.

FERREL GUILLORY: Weight of history bears down on amendments WRAL

EDITOR’S NOTE: Ferrel Guillory is the Director of the Program in Public Life and Professor of the Practice at the UNC School of Media and Journalism, and the Vice Chairman of EducationNC, where this first appeared..

As five former governors assembled earlier this week to assail proposed constitutional amendments that would weaken the state’s chief executive, my thoughts turned to another former governor: James E. Holshouser Jr., the first Republican elected in the 20th Century who died five years ago. The story of Holshouser’s balancing act bears repeating as a slice of history relevant today.

Even before Holshouser took the oath of office in 1973, outgoing Democratic Gov. Bob Scott and the Advisory Budget Commission of powerful Democratic lawmakers called for tax cuts. Holshouser quietly resisted the pressure, proposing neither cuts nor hikes. Rather, he proposed spending the state’s growing revenues at that time to buy parkland, to initiate rural health clinics, and to extend kindergartens into all public elementary schools.

In 1973 and 1974, the GOP governor and a Democratic-majority legislature basically agreed not to cut taxes in favor of an array of education, environmental, and health measures. At the same time, they engaged in partisan wrangling over the power of the governor’s office. Stung by the Republican’s victory, Democrats introduced “stripping bills’’ to weaken Holshouser, who pushed back and ultimately prevailed.

[Excerpt]: A Republican “Southern Strategy” emerged out of the Barry Goldwater campaign of 1964, Richard Nixon’s narrow victory in 1968, and then the 1969 book, The Emerging Republican Majority, by Kevin P. Phillips, who served in the Nixon campaign. However, President Obama’s 2008 wins in Virginia, North Carolina, and Florida revealed enough political change to give a Democratic candidate a chance to pick up electoral votes in the South. Nixon on the ’68 campaign trail, courtesy of the U.S. National Archives and Records Administration.

The economic woes of the mass media lead inexorably to a depletion of their ability to report and analyze major trends and issues in health and health care.

Education Governors for the 21st Century James B. Hunt Jr. Institute for Educational Leadership and Policy

Governors who put education at the center of their agendas and aspirations act in a long-standing tradition of American political leadership. Among those who did so are leaders who made an imprint on U.S. history both during their gubernatorial terms and afterwards. This paper describes how governors and gubernatorial aspirants can exercise leadership on behalf of students from pre-school through graduate school, and explores how governors can use their formal and informal powers effectively to advance an education agenda. Characteristics of an education governor include: (1) Leading the effort to improve schools; (2) Doing his or her homework; (3) Appointing commissions of knowledgeable and influential people to assist in defining the agenda, and establishing a state-level vehicle for change; (4) Identifying and Prioritizing the educational needs of the state.; (5) Using data; (6) Developing strategic partnerships; (7) Learning from the experiences of other governors; (8) Using the bully pulpit; (9) Persistence; (10) Institutionalizing reform efforts that have worked, or that have a chance to work; and (11) Teaching others. An appendix includes: Selected Examples of Gubernatorial Education Initiatives.