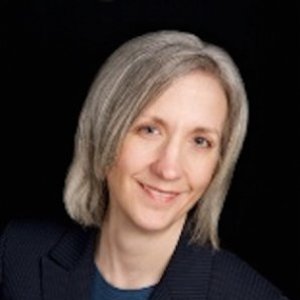 Professor | School of Business, University of the Fraser Valley 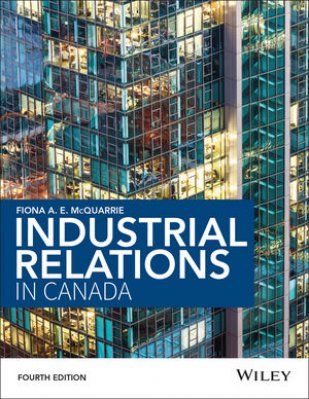 Fiona McQuarrie has been researching and writing about work and organizations for more than 20 years. Her areas of interest include industrial relations, organizational theory, workplace diversity, management history, post-secondary education, and the interaction between work and leisure. She is a regular media commentator on work, employment, and organizational issues.

Dr. McQuarrie is the author of the textbook Industrial Relations in Canada, published by John Wiley and Sons. Currently in its fourth edition, the textbook is used at more than 30 universities and colleges across Canada. She is also the Canadian co-author of the widely used casebook Applications in Human Resource Management, published by Nelson Education.

The Finance Minister says, short-term jobs are the new norm. Get used it. Should you just get used to it? With Fiona McQuarrie, associate professor in the School of Business at the University of the Fraser Valley.

Fiona McQuarrie, associate professor in the School of Business at the University of the Fraser Valley, on the Supreme Court of Canada decision in the case involving the BC Teachers' Federation. [segment starts at 59:00]

Prime Minister Justin Trudeau and Finance Minister Bill Morneau have both recently told workers that they need to get used to “job churn” and “precarious work.” They were referring to the increasing prevalence of short-term, non-permanent jobs in the Canadian labour market. But it’s a mistake to treat this as a norm we have to accept. Federal and provincial governments can change this situation and reduce the negative effects of uncertain work arrangements.

Fiona McQuarrie, a business professor with the University of the Fraser Valley, said the problem is compounded because in B.C., many former colleges are now universities, which require more administrators, many presidents are retiring and a few high-profile cases of conflicts between boards and presidents have made people more reluctant to go into administration...

Let’s bridge the gap between academia and management

In August, the annual meeting of the Academy of Management – the largest global association of management and organization scholars – came to Vancouver. In more than 2,000 sessions over six days, 11,000 researchers presented the results of their work. Their research looked at many extremely timely topics: gender representation on executive boards and in senior management, work-life balance, organizational strategy, effective hiring procedures, corporate wrongdoing and precarious employment...

B.C. appeal court rules in favour of province in dispute with teachers

Fiona McQuarrie, a business professor with the University of the Fraser Valley, said that if the decision had gone the other way and the government had lost, it also would have been likely to appeal. "I think both parties were pretty convinced that they were right and I think it would have gone to the Supreme Court either way," McQuarrie said...

Fiona McQuarrie, an associate professor at the University of the Fraser Valley’s School of Business, said it appears the government is saying “that whether the amount or type of consultation was appropriate depends on the context and the issues in that particular set of collective bargaining relationships.”...

Media silence from teachers, government could be a good sign: expert

The teachers union and the government have agreed not to speak to the media about yesterday’s talks with mediator Vince Ready. Professor Fiona McQuarrie, a labour relations expert with the University of the Fraser Valley, says that could be reason for some optimism. “Usually when the parties agree not to talk to the media, it means that they’re focusing on the actual discussions between the parties and not on appearing publicly to state their cases,” says McQuarrie...

BC Teachers are once again set to strike and we speak to Fiona McQuarrie, who teaches industrial relations at the University of the Fraser Valley...

How can the truckers strike at Vancouver's ports be resolved?

An innovative model for delivering business education in India

The International Journal of Management Education

2016 The purpose of this article is to describe the development and establishment of the University of the Fraser Valley’s (UFV) unique Bachelor of Business Administration program in Chandigarh, India. This program offers the entire four-year BBA program in Chandigarh, with the students enrolled as UFV students and receiving UFV course credit. The article also makes recommendations to other post-secondary institutions considering entering the Indian education market...

2014 Accounting instructors face numerous challenges in structuring and teaching accounting classes. This paper describes the experience of redesigning classes in an introductory accounting course to follow the format of team training sessions in the sport of soccer. The soccer format includes six sections: warm-up, balance/agility/coordination, skill/technique, simplified small game, game, and cooldown. We explain how the activities in each of these sections can be translated into parts of a class session...

The Canadian Journal of Higher Education