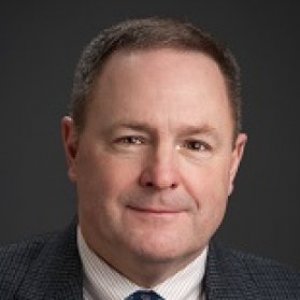 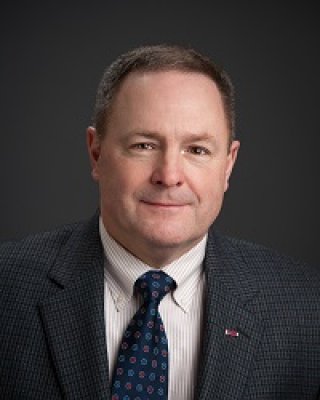 Geography and environment are two of the determinant factors in a location's habitability and prosperity. Intrinsic geographic features such as climate, topography, and susceptibility to natural disasters have far reaching social, political, and economic implications. Whether it's discussing earthquakes or floods, volcanic eruptions or the environmental impact of oil spills, Dr. Galgano is the source to turn to when working on environmental stories. His areas of specialty include coastal geography and military geography.

How vulnerable is your country to environmental conflict? Frank Galgano, associate professor in the department of geography and the environment at Villanova University, describes the Vulnerability Risk Index and which countries are most at risk.

The U.S. is hardly alone when it comes to drought. A worldwide weather phenomenon threatens the future of water and food supplies, as well as the global economy, experts say. Colombia, Pakistan, Somalia, Australia, Guatemala, China, and Kenya are just a few of the other countries suffering severe drought conditions. Droughts have plagued the earth for centuries. In fact, there's some debate over whether the recent spate of drought is different from the past. "It's not the new normal," said Frank Galgano, professor of geography at Villanova University."It's impossible to disassociate the recent droughts with so-called cyclical events."

BP oil spill cleanup: US says the coast is nearly clear. Is it?

With about 100 miles of coastline remaining to clean up following the Gulf of Mexico oil spill three years ago, the states most impacted by the disaster say it is too soon to stop, because the environmental damage is ongoing. However, one of the difficulties from treating oil in a wetlands environment is that exposure could cause more damage than letting it natural degrade over time, says Frank Galgano, an expert on coastline ecology at Villanova University outside Philadelphia. “If it never gets exposed again, it’s just going to decay,” Dr. Galgano says. The fragility of the wetlands means “it’s not a very responsive or resilient environment,” so active dredging, and other recovery techniques, means the possibility of creating damage.

US drought: how it could impact food, water needs around the world

As the historic drought now searing more than 60 percent of the US drags on, the impact could soon be sweeping across the country and beyond. After the obvious push on food prices, drought experts say the cascading chain of secondary societal effects will range from higher utility prices and industry costs in the developed world to population displacements and potential political unrest in less developed regions. “The US will see food prices go up, possibly we will see some items disappear from grocery shelves,” says Frank Galgano, chair of the Department of Geography and the Environment at Villanova University in Philadelphia, and an expert on environmental change and security.

You Are Here: How Digital Maps Are Changing the Landscape of the 21st Century

Buried beneath November's headlines depicting rising tensions on the Korean Peninsula, European economic woes, and the brazen disclosure of confidential State Department cables, a meaningful geopolitical event went largely overlooked: Nicaragua invaded Costa Rica. There was no shooting war and the incident involved only a small swath of disputed territory along the San Juan River, part of which divides the two nations. But a Nicaraguan commander added an interesting wrinkle to the narrative when he dragged an unlikely culprit into the dispute: Google. "We look at the computer and say 'how can it be wrong, it's on the computer,'" says Dr. Frank Galgano, professor and chairman of Villanova University's Geography and the Environment Department. It's to the computer that the world increasingly turns to find just about everything, lending digital mapmakers incredible power to shape users' geospatial perceptions.

2013 Environmental security refers to a range of security problems triggered by environmental factors. Water is a particularly complicated factor in the environmental security milieu because it is an essential resource that promises to become scarcer in a greenhouse world. By 2015, about 40 percent of the global population will live in regions that are unable to provide sufficient freshwater to meet basic human needs. Historically, water-related conflicts have been resolved by cooperative means, however, I argue that the security landscape has changed, and the history of cooperative conflict resolution may no longer be a reliable guide to the future. Indeed, 25 percent of all water–related disputes during the past 50–years have resulted in some form of hostilities, and 37 have resulted in violence or military action. This paper suggests that continued peaceful resolution of interstate water conflicts is not consistent with the realities of the emerging national security landscape: climate change is affecting water supply in many critical water basins, and the proliferation of failing states has reduced the potential for diplomatic resolutions. This paper examines linkages between environmental stress, water availability, and conflict and uses the three principal river basins in the Middle East as a case study to highlight these points. The analysis suggests that the region is now more vulnerable to environmental stress and water–related conflict.

Disasters and Conflict: The Ogaden War of 1977

May 2012, Vol. 53 Issue 1, p21-38. 18p. Abstract: Many conflicts are enabled by environmental instability. This has been especially problematical in sub-Saharan Africa where non-sustainable practices and environmental change have combined with the proliferation of failing governments, enabling long-standing ethnic and religious antagonisms to erupt into violent conflicts. History has demonstrated that environmental stress can result in conflict, frequently along ethnic lines. Thus, the concept of environmental security has emerged as one basis for under-tanding conflict. To that end, this paper examines the nexus between the environment and conflict and demonstrates the need for careful environmental analysis by presenting a model illustrating the relationship between natural resources and political stability in Sub-Saharan Africa. The results suggest that a statistically significant relationship exists between arable land and access to fresh water, and political stability and non-violence.