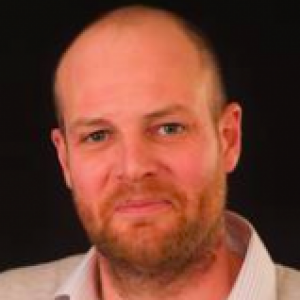 Dr Frank de Vocht is based in the Bristol Medical School's Centre for Populaton Health Sciences where he investigates the spread of non-communicable diseases – how they are caused and how they are overcome. He has a particular interest in diseases caused by radiation and by excessive alcohol consumption, alongside broader areas of environmental health and evaluations of public health policies and interventions.

Dr De Vocht is currently exploring the effectiveness of policies to reduce alcohol consumption in public places alongside ways of reducing radiation impacts from sources such as nuclear power stations, 5G masts, and mobile phones. He has also explored the health implications of working in other non-ionising settings, such as alongside MRI scanners in hospitals and in rubber manufacturing plants. He has an additional area of research focused on future planning in health systems using data analysis. 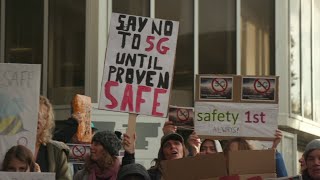 Balance, rigour and the hierarchy of evidence are normally paramount in a scientific study. When it is an investigation into the safety of 5G technology led by Glastonbury town council, however, spiritual healers, conspiracy theorists and flower essence practitioners also make an appearance.

What are the main health concerns around 5G and are they justified?

Frank De Vocht Reader in Epidemiology and Public Health at Bristol University, whose research interests include the effects of ionising and non-ionizing radiation on human health, outlined that 5G will consist of two different parts or stages.

Should we be hung up over 5G mega masts? As hundreds of 65ft mobile towers are set to transform internet speeds, residents in towns such as Totnes are fighting back

Dr Frank de Vocht, an epidemiologist and public health scientist at Bristol University, warns that protesters do not want to delay the roll-out of 5G — but to block it altogether. ‘You cannot really prove that something is “100 per cent safe” using scientific methods,’ he says. This is because any studies that could be carried out would have to be done on animals or at a cellular level.

Is your mobile phone damaging your brain?

Likewise, Frank de Vocht, reader in Epidemiology and Public Health at the University of Bristol, told DW it's unlikely the dangers of mobile phones have simply gone under the radar. "If the use of mobile phones would increase the risk of something significantly like, say, cancer, this would have been picked up much more clearly with the scientific methods we have now; for example how the risks of tobacco smoking on lung cancer are straightforward to pick up."

The Faraday cage: from Victorian experiment to Snowden-era paranoia

“It’s not a new thing, but more and more stuff is being developed. My personal opinion is that it doesn’t do a lot,” says Frank de Vocht, a senior lecturer in epidemiology and public health research at Bristol University. “There will be a lot of leakage because it’s not a Faraday cage.”

2020 The workplace environment potentially provides access to a large population who are employed, and it is an employer's responsibility to provide appropriate conditions for its employees. Whilst the aetiology of cardiovascular disease is multifactorial, it is generally acknowledged that working conditions, gender and age are involved in its development.

2020 There are likely to be differences in alcohol consumption levels and patterns across local areas within a country, yet survey data is often collected at the national or sub-national/regional level and is not representative for small geographic areas.

2020 Southeast Asia is considered to be a prime target for the emergence of zoonoses due to high population density, close proximity and interactions between humans, livestock and wild animals.

2020 In September 2014, as part of a national initiative to increase access to liaison psychiatry services, the liaison psychiatry services at Bristol Royal Infirmary received new investment of £250 000 per annum, expanding its availability from 40 to 98 h per week. The long-term impact on patient outcomes and costs, of patients presenting to the emergency department with self-harm, is unknown.

Impact of banning smoking in cars with children on exposure to second-hand smoke: a natural experiment in England and Scotland