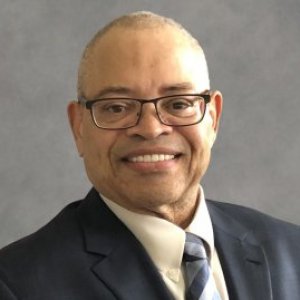 Dean of the College of Science and Engineering | Southern Utah University

Dr. Frank R. Hall is the dean for the Walter Maxwell Gibson College of Science and Engineering at Southern Utah University. With over two decades of experience and service in higher education administration, Hall became dean in 2019. His scholarship has focused on science and science education, and the intersections between science and society.

Throughout his career, Hall has been dedicated to improving diversity, inclusion, and access to underrepresented and underserved students. He was nominated as an Outstanding African-American in STEM for the Black Engineers of the Year Awards in 2014.

Hall completed his Ph.D. in Geological Oceanography from the University of Rhode Island. He also holds a master’s degree in geology from Lehigh University and a bachelor’s degree in earth science from Kean University. 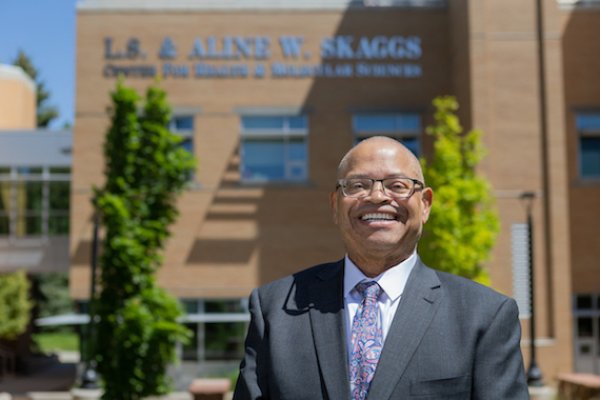 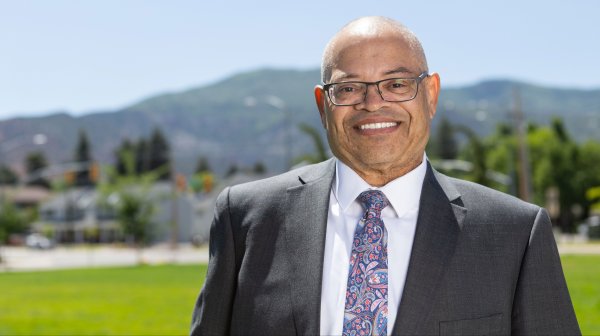 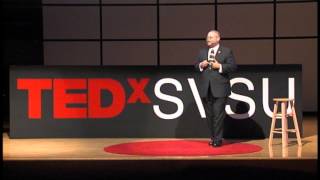 Sustainable Use of Oceans

Protection of Oceans and Coasts

Awarded by the Office of Disabilities Services, 2016

“This grant is not only a major win for Southern Utah University, but also in our efforts to grow the emerging job sectors of the 21st Century,” said Dr. Frank Hall, dean of SUU’s College of Science and Engineering.

SUU Names New Dean of College of Science and Engineering

New Dean for the College of Science and Engineering

Southern Utah University is excited to announce that after an extensive national search, Dr. Frank R. Hall has been chosen to serve as the new Dean for the Walter Maxwell Gibson College of Science and Engineering. Hall has over two decades of experience in administration and service at the university level. His past academic appointments included Dean of the College of Science, Engineering, and Technology at Saginaw Valley State University, Full Professor and Dean of the School of Education, Health and Natural Science at Worcester State University, faculty positions at the University of New Orleans and University of Delaware, and was a Ford Foundation Postdoctoral Fellow at the University of Colorado.

It Takes a Community to Raise a Teacher

Dr. Frank R. Hall joined Saginaw Valley State University as Dean, College of Science Engineering & Technology in June 2015. He brings a broad set of experiences in scientific research, education, and policy; and worked in academia, federal agencies, and non-governmental organizations on STEM related issues. Prior to coming to SVSU, Frank was a member of the Working Group to define STEM for the Commonwealth of Massachusetts, working to establish a definition beyond the acronym.

Bivalve Aquaculture as a Means to Ameliorate Atmospheric CO2

Obama Leadership Academy of the Parks

Matthew Johnson, F.R. Hall and others

Building of Our Success: A Proposal to Enhance and Improve Minority Student Recruitment and Retention in the Geosciences at the University of New Orleans

The Earth and Space sciences provide opportunities for content learning in inquiry-based classrooms, emphasizing ways in which science is relevant to the lives of both students and teachers. We are successfully using an Earth Systems approach to prepare preservice elementary school teachers in understanding science content and pedagogy with emphases in technology and mathematics. Using Lake Pontchartrain as the unifying theme across four courses, students learn not only science content, but also scientific process. Students perform research projects on Lake Pontchartrain and the Mississippi River, and develop models of changes in water quality that are directly comparable to longitudinal data being collected by research laboratories, Our approach fosters students': a) understanding of science and the scientific process, b) self-confidence in teaching science, c) knowledge of state science-education standards, d) ability to accurately research and prepare lessons on science topics, and e) positive attitudes towards scientific fields of study. Accomplishing these goals required on-going collaboration between the Colleges of Sciences and Education. Surveying and field-testing results suggest that the pre-service teachers in our classes are likely to apply the approach used in our courses to science teaching in their own classrooms.

The uppermost Quaternary sediments in Cartwright Saddle, Labrador Shelf, are acoustically laminated, with reflectors that can be traced over long distances. Two piston cores from the saddle record changes in sediment and meltwater delivery from the northeast margin of the Laurentide Ice Sheet (LIS) during deglaciation. Variations in sediment properties indicate a similar history of sediment accumulation over the last 12 kyr. The temporal sampling interval reaches decadal resolution in the last deglacial period 7–9 ka. Analyses of total carbonate content, sediment magnetic variables, foraminiferal species and stable isotope measurements on planktic foraminifers show that abrupt changes occurred ca. 10.9, 9.2, 8.8, 7.9 and 7 ka (with 450 yr correction). There was no distinct change in sediment character during much of the Younger Dryas chronozone. In the δ18O record, the 8.8 ka event is a dramatic 1‰ shift toward lower values, which we associate with the Noble Inlet glacial event within Hudson Strait. We do not see the pronounced low δ18O event at 7.1 ka reported off Nova Scotia, but surprisingly, neither the Nova Scotia records nor other records in the Labrador Sea capture the impressive 8.8 ka change. Serious consideration must be given to the final collapse of the LIS as the cause of the 8.2 cal. ka cold event recorded in Greenland and northwest Europe. Copyright © 1999 John Wiley & Sons, Ltd.

Core HU87033-015, an 11-m-long giant piston core from the western end of Karlsefni Trough, was taken only 25 km from the coast of northernmost Labrador. The regional acoustic framework was established via a high-resolution, deep-towed (Huntec DTS) seismic survey. We recognized four acoustic facies that are associated with designated and recovered major lithologic units. The ages of these units were determined from 13 accelerator mass spectrometry 14C dates from marine biogenic carbonates. These results suggest that glacial ice was present on the shelf from at least the mid-Wisconsinan and that the basal sequence contains reworked glacial-marine diamicton. Furthermore, our data provide the first evidence that the northern Labrador inner shelf was ice free by ca. 11 14C ka. The bulk of the postglacial deposition was around 8.2 ka and consists of increased detrital carbonate deposition. The deposition of this detrital carbonate is age equivalent with DC-0 on the southeastern Baffin Shelf and in the North Atlantic.