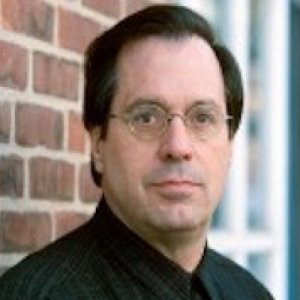 
Professor Fred Carstensen is an expert in the areas of public policy, economic history and economics.

Fred Carstensen is a University of Connecticut professor and director of the Connecticut Center for Economic Analysis. 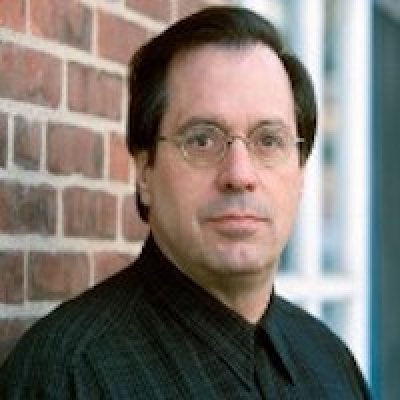 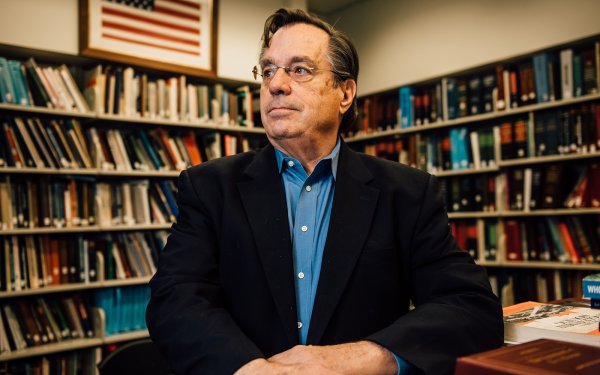 “If you’re a low-income household, this is a big chunk of your discretionary money,” said University of Connecticut economist Fred V. Carstensen, who added many families here already are reeling from losing enhanced federal unemployment benefits, which expired in early September. “It’s a double-whammy. … Some households will be going back to buying ramen noodles.”

Economy in flux as Lamont rounds toward the '22 elections

“I have seen little evidence that Connecticut is on the mend economically,” said Fred Carstensen, professor of finance and economics and director of the Connecticut Center for Economic Analysis at the University of Connecticut. “The Connecticut Department of Labor data shows a collapse in employment among Connecticut residents. This includes those who work out-of-state but live in Connecticut.” Over the last decade, Carstensen said, Connecticut’s total economic output shrank, while new businesses did not stimulate growth. “There were largely the kind of businesses that simply move money around: a new retailer who takes in money that was once spent at an adjacent store; a new restaurant that simply takes in money that was once spent at a neighboring restaurant; a new grocery store that simply puts another grocery store out of business,” he said.

To backers of a measure offering tax credits to the centers that house computers storing and processing data, it’s a start to making the state competitive in attracting high-tech industry and overcoming years of low-wage job creation. “I’m just enormously pleased we’ve gotten focused on this,” said Fred Carstensen, a University of Connecticut economist who for years has pushed state policymakers to bring data centers to Connecticut. “The last 10 to 12 years we’ve had the worst performing economy. We’ve got to change that trajectory.”

What we’ve lost, what we’ve learned during our year of COVID

Fred Carstensen, director of the Connecticut Center for Economic Analysis, said the pandemic, though tragic, has been fascinating from the vantage point of an educator. For example, the head of UConn’s economic think-tank said he now routinely prepares short videos for his students they can access throughout the semester to supplement their textbooks and other reading materials. “I’ve learned to do things I will do even now as I go back into the classroom,” he said. Carstensen also said he believes the pandemic has taught the white-collar sector of Connecticut’s economy lessons that will be retained for years to come.

Prof. Fred Carstensen of the University of Connecticut & Director of the Connecticut Center for Economic Analysis talks about marijuana.

Pandemic, tax issues give Connecticut a chance to reset economy, strengthen the region

Decades of failing to invest in transportation, IT infrastructure and higher education research programs came home to roost as financial services, technology and other high-end jobs were replaced with low-paying retail and service positions, said University of Connecticut economist Fred V. Carstensen. “We were the center of the American industrial revolution and it made us very wealthy and very complacent,” he said. “We were able to just coast along because we were just so frigging wealthy.”

The analysis, conducted by the nonprofit CT Data Collaborative, found that larger shares of the Native American, African American, Hispanic and Asian-Pacific American populations have become unemployed than white residents have. “This is the oldest story there is about America,” University of Connecticut economist Fred V. Carstensen said of the results, adding that they are disappointing but not surprising.

So while Connecticut has more than $2.5 billion socked away as a firewall against the next recession — and while the 17% drop is well shy of the 44% plunge bonuses took in 2008 — the latest numbers still sparked concern among some Connecticut economists. “It just underlines how important it is that we build a strong, diversified economy that is not dependent on any one sector like finance,” said Fred Carstensen, who heads the Connecticut Center for Economic Analysis at the University of Connecticut.

Fred V. Carstensen, director of the Connecticut Center for Economic Analysis at the University of Connecticut, where he also teaches economics and finance, told Casino.org that the “bottom line is … [to] expect Foxwoods [to] … continue to see some loss of gaming activity.

Gasoline taxes are on the rise — just not in CT

The transition to electric vehicles and hybrids obviously is something that seems to be gathering force, but the real question is how quickly are we going to make that transition?” said University of Connecticut economist Fred V. Carstensen. “We still have a huge inventory of gasoline- and diesel-consuming cars and trucks that is not going to instantly disappear.”

Fred Carstensen, director of the Connecticut Center for Economic Analysis at the University of Connecticut, said the state historically has faltered at developing a comprehensive jobs strategy backed up by rigorous economic analysis. “The hope is that Lamont coming in is completely fresh to these issues,” he said. Mr. Carstensen also said Connecticut should be facilitating more collaboration between its elite higher-education institutions such as UConn, Yale University and Wesleyan University to fuel research that can lead to more job creation...

Connecticut Has Among the Lowest Growth in the Nation. Can Links to Silicon Valley Help?

“The Lamonts are talking about innovation, but if, say, we get start-up companies here and they grow at a rate of 60 percent a year, that’s too slow,” said Fred Carstensen, director of the Connecticut Center for Economic Analysis at the University of Connecticut. “In terms of scale, what you really want to do is get a Pratt & Whitney to put a facility with 1,500 jobs here,” Mr. Carstensen added. “What Connecticut really needs is big hits...”

“Inequality is one of the reasons the world’s falling apart,” said University of Connecticut economist Fred Carstensen, who heads the Connecticut Center for Economic Analysis...

2013 By using dynamic regression analysis and BLS data starting from 1990, CCEA was able to determine that 7,103 private sector job-years may be lost (and attributable to) Hurricane Sandy, between November 2012 and December 2014, of which roughly half or 3,551 job losses, can be expected within small businesses. The BLS population subset of coastal NECTAs covers manufacturing, trade, transportation and utilities, professional and business services, and tourism services, while not reporting on information, financial services, health or education sectors, thus a reduced number from CT's total FTEs.

Meeting the Challenge: The Dynamics of Poverty in Connecticut

2013 This Connecticut Poverty Report describes the change in the number and proportion of Connecticut residents living in poverty, and the increase in both number and percent between 1990 and 2010, based on Census Bureau reports. Demographic measures of age, race,family structure, education and job categories are tested statistically, for their alignment with poverty's growth over the twenty-year period.Policy recommendations acknowledge the current administration's efforts to increase employment, and suggest ways to improve existing state programs.

Growth Arrested? Bonding, Job Creation, and the Health of the Connecticut Economy

2013 This quarter’s conventional CCEA analysis finds indications that the listless economic recovery in Connecticut is slowly strengthening, with performance approaching national growth rates. Looking ahead eight business quarters, this Outlook details three scenarios: one based on housing permits, a second that replaces housing permits with the current low prime bank rate, and a third built on a NAICS industry sector analysis.To achieve its full potential during this period of improving indicators, the state could profitably implement some of its approved but unissued bonding to fund strategic investments. As the theoretical case is stronger for the second CCEA scenario, the low bank rate, CCEA uses it in conjunction with forward looking statements from the State Treasurer regarding the administration’s intentions to borrow and (presumably) expend funds. Governmental capital expenditures are assumed to be proportional among industries designated in Bond Commission approvals over the first half of this forecast period.The optimum use of these approved investments will depend on implementation that acknowledges which projects have the potential to extend short- and long-term benefits, a perspective securable through a uniform scoring process.

Economic Impact of State Parks, Forests and Natural Resources under the Management of Department of Environmental Protection

2011 This CCEA project for the state's Department of Energy and Environmental Protection (DEEP) details how outdoor activities on state lands have an economic impact of more than $1 billion a year, from expenditures by residents and visitors on a variety of outdoor activities including camping, boating, fishing and hunting. The study highlights that for every dollar the state spends on the state park system, it receives an estimated $38 in economic activity. This study was released to the public by DEEP in December 2011.