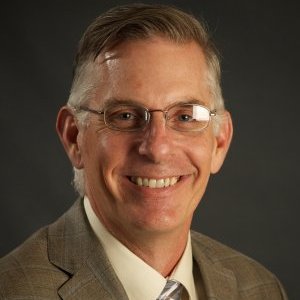 Fred Stone joined USC in 2012. He is a colonel who served more than 27 years in the United States Air Force.

After graduating from the Virginia Military Institute, Stone was commissioned as a second lieutenant through the Air Force ROTC. From 1985 to 1990, he served as a C-130H navigator for the 772 Tactical Airlift Squadron and 463rd Tactical Airlift Wing. Stone left the Air Force to join the Texas Air National Guard while he attended The University of Texas at Arlington Graduate School of Social Work. After receiving a Master of Science in Social Work, he returned to the active duty Air Force as a clinical social worker, and in 1995 he was selected for the Air Force Institute of Technology advanced civilian degree program. In 1998, Stone earned a PhD in Social Work and a Master of Public Administration in 1998 from the University of Utah.

Stone was next assigned as the director of behavioral science at the Eglin Air Force Base Family Practice Residency Program, where he was selected as the Air Force Material Command Field Grade Social Worker of the Year. He served as chief of medical doctrine development in the Office of the Air Force Surgeon General in Washington, D.C., where he authored numerous publications, including the Air Force Medical Service CONOPS that established the vision for Air Force medical care for the next 10 years. Stone has also served as commander of the 43rd Medical Operations Squadron at Pope Air Force Base in North Carolina and as the president of the Air Force Cadet Officer Mentor Action Program (AFCOMAP) at Pope, which was selected as the top AFCOMAP program in the Air Force. Stone attended Air War College in-residence and was awarded the Thomas “Dutch” Miller Award for outstanding research in the field of counter proliferation. He was later assigned as the director of research and publication at Air Command and Staff College and taught a research elective, leadership seminar and regional studies course. His next assignment was as chief of the Air Force Family Advocacy Program where he oversaw a budget of more than $35 million dollars. Stone's last assignment was as deputy group commander of the 374th Medical Group at Yokota Air Base in Japan.

The University of Texas at Arlington: MS, Social Work 1995

Chemical, biological, radiological, or nuclear (CBRN) weapons in the hands of a terrorist or a rogue state is one of the greatest threats to the security of the United States. These weapons of mass destruction (WMD) can cause catastrophic loss of life and innumerable injuries and can challenge the U.S. health care system beyond its capacity to provide treatment. Most hospitals do not have the beds, ...