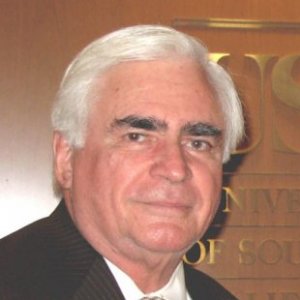 
Fred Weissman is an expert in pharmacy and health care law.

Dr. Weissman received his Doctor of Pharmacy from the University of Southern California School of Pharmacy in 1963, and his law degree from Loyola Law School in 1989. Dr. Weissman's pharmacy experiences have been varied. He has practiced as a community pharmacist, hospital pharmacist, Director of Pharmacy Services for a 550 bed facility at St. Mary's Medical Center in Long Beach, California, and a military clinic pharmacist. His true enthusiasm has been in pharmacy education since 1969. In January 1998 he was appointed Associate Dean for Academic and Clinical Affairs at the U.S.C. School of Pharmacy where he also has a faculty appointment of Associate Professor of Clinical Pharmacy. Dr. Weissman has been involved in the coordination of several courses within the Pharmacy School curriculum: the pharmacy law course, the four courses in community pharmacy (including the clerkship course), the development and institution of the industrial pharmacy course (which was offered for the first time in Spring of 1999) and provision of lectures in several other of the school?s courses (Clinical Therapeutics, Biological Systems, and the Non-Prescription Drug Course). He has also taught a popular Freshman Seminar Course for the last 10 years at the University Campus entitled, Medical Controversies and The Law. Among his publications, he has numerous articles on pharmacy law and clinical therapeutic issues and wrote a text he first published in 1997 entitled, A Guide To California Community Pharmacy Law. His fifth edition of this text was published in April 2005. He is presently working on a new text book entitled, Tort Case Law And The Pharmacy Profession. Dr. Weissman has been honored by his students by being chosen one of the outstanding teachers of the year four times during the last 12 years, and was chosen as the USC Pharmacy Alumnus of the Year for 2002.

Pharmacology of Drugs in Dermatologic Disorders

USC SOP Alumnus of the Year

Q: What do you feel is one of your greatest accomplishments as a pharmacist? A: When you have been in the profession as long as I have, the number of changes that has occurred in pharmacy over the last 50+ years has been remarkable. During the 1960’s the only two areas of pharmacy practice were community and hospital with the bulk of graduates going into the community sector. I joined the USC pharmacy faculty in 1970 during a time when pharmacists were just starting to become more patient oriented than product oriented. I was one of four faculty responsible for training P4 students in dermatology and Ob/Gyn at USC/LAC where I worked with physicians and medical residents in these specialty areas to develop the first instituted clinical pharmacy program in the nation. Work initiated in this early stage of clinical pharmacy became the prototype for expanding the opportunities for pharmacy students to observe various diseases via rounding, the results of drug treatments, and allowing pharmacy students and faculty have input on drug recommendations. This was perhaps one of the most exciting times of my career that later allowed me to accomplish other exciting pursuits, and the beginning of changing the paradigm of how pharmacists were to be trained in the future.

Injecting a patient with the drugs and then billing for the medication likely would constitute an illegal sale, said Fred Weissman, pharmaceutical law professor at USC. “It depends on what he’s charging the patient for,” he said. “If he’s charging them for the drug, that’s illegal.”

Pathophysiology and treatment of psoriasis

2000 The pathogenesis and treatment of psoriasis are reviewed. Psoriasis is characterized by defects in the normal cycle of epidermal development that lead to epidermal hyperproliferation, altered maturation of skin cells, and vascular changes and inflammation. The condition typically manifests as areas of thickened, flaky, silvery white and reddened skin that may hurt, itch, and bleed. Biochemical markers of psoriasis are changes in levels of keratins, keratinocyte transglutamase, migration inhibitory factor-related protein, skin-derived antileukoproteinase, involucrin, small protein rich protein 2, filaggrin, and cytokines. Types of psoriasis that may be clinically encountered include plaque psoriasis, guttate psoriasis, erythrodermic psoriasis, and pustular psoriasis. Psoriasis is believed to be genetically linked but can also be triggered by mechanical, ultraviolet, and chemical injury; various infections; prescription drug use; psychological stress; smoking; and other factors. Topical treatment of psoriasis is usually the first line of therapy. Topical treatments consist of emollients and keratolytic agents, anthralin, coal tar, corticosteroids, vitamin D3 analogues, topical retinoids, and topical psoralens plus ultraviolet A (UVA) light. In patients who do not respond adequately to topical therapy, oral or injectable therapy, such as oral retinoids, methotrexate, cyclosporine, tacrolimus, and oral psoralens plus UVA light, may be warranted. Patients receiving systemic treatments should be carefully monitored for adverse effects and drug-drug interactions. Drug therapy is the mainstay of the treatment of psoriasis. The potential adverse effects and interactions necessitate vigilant monitoring.