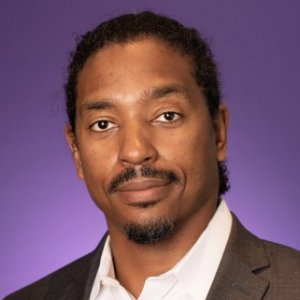 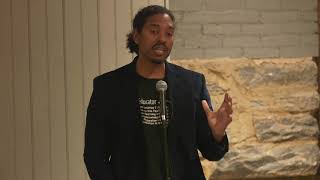 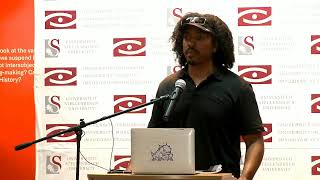 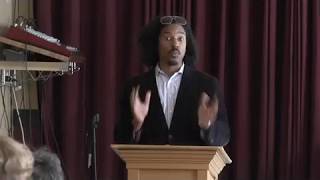 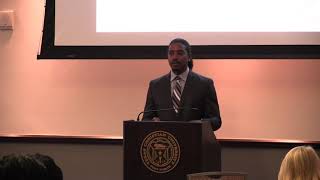 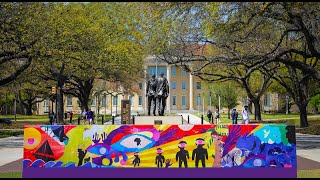 Dr. Frederick Gooding, Jr. is an associate professor of African American Studies and is the inaugural holder of the Dr. Ronald E. Moore Professorship in Humanities in the Honors College at TCU. Gooding critically analyzes race within mainstream media, effectively contextualizing problematic patterns based upon their historical roots. As such, Gooding’s best-known work thus far is “You Mean, There’s RACE in My Movie? The Complete Guide to Understanding Race in Mainstream Hollywood,” which has been utilized in high schools and universities nationwide. Also the co-editor of “Stories from the Front of the Room: How Higher Education Faculty Overcome Challenges and Thrive in the Academy,” Gooding has stayed focused on the practical applications of equity with his 2018 book, “American Dream Deferred” carefully detailing the growth and struggles of black federal workers in the postwar era. His latest work, “Black Oscar” (May 2020), expands his reach into cultural studies by analyzing African American Academy Award winners and how their narratives reflect and reinforce larger American history.

USPS has shorted some workers’ pay for years, CPI finds

The Postal Service has long been one of the largest employers of African Americans in the United States. During the civil rights era, it was a place where Black workers could advance their careers without as many barriers as the private sector, said Frederick Gooding, an African American studies professor at Texas Christian University. “The (Postal Service) was in many ways a beacon of hope and opportunity,” said Gooding, author of the book “American Dream Deferred: Black Federal Workers in Washington, D.C., 1941-1981.”

What's an Oscar really worth? Career boost is 'not the same' for Black actors, experts say

"I think this speaks to the larger mechanism of, how do we value the visibility of African Americans? Are they (considered) viable products in and of themselves?" says Frederick W. Gooding, author of "Black Oscars: From Mammy to Minny, What the Academy Awards Tell Us about African Americans." Despite the recent successes of films like "Black Panther," "Creed II" and "Straight Outta Compton" internationally, there's still a tired notion in Hollywood that Black-led movies don't sell overseas – a myth that's been busted time and time again by robust box office receipts. Yet compared with white A-listers like, say Tom Cruise, the career trajectories of minorities are "just not the same," Gooding says. "The bottom line is, the race of the winner ultimately influences their marketability by Hollywood."

Painful subjects like racial profiling, tokenism, the daily indignities of racism and colorism were mined for laughs that revealed deeper truths, said Frederick W. Gooding, an associate professor of African-American studies at Texas Christian University. “Blacks have always had the challenge of playing the role of the jester where humor is used as protection against salient truths the king’s court tends to ignore,” he said.

In this week’s NBC 5 Community Conversation, Pat Doney speaks with TCU professor Dr. Frederick Gooding, Jr. and U.T. Arlington professor Dr. Frederick Engram, Jr. about the impact of kneeling during the national anthem, if athletes have a responsibility to use their platform to address social issues and if a sports team’s owner should be allowed to decide whether or not players can protest at games.

Questions of Racism Linger as Harry, Meghan Step Back

Frederick W. Gooding, an assistant professor of African American studies at Texas Christian University in Fort Worth, Texas, said it would be “disingenuous” to claim race had not been a factor in Meghan's treatment. “She was always going to be an outsider,” he said. “There was always going to be this barrier because of her race."

“Very little content is geared specifically or primarily at black viewers on mainstream media platforms, but lo and behold, once companies do, it is usually with a high return,” Gooding said. “One wonders if Lifetime and other networks were to be more consistent with such productions, how all would stand to benefit with respect to viewers, sponsors and productions that employ more black talent as a result.”

Black workers had long history with fed jobs before shutdown

Where Was Such Solidarity Two Weeks Ago?

2020 Don’t get me wrong. It is encouraging to see people – not just black people – but people from varying ethnic and gender identities, various demographic and geographic profiles alike, walking hand in hand in solidarity in response to the senseless death of George Floyd, the latest unarmed black person killed at the hands of law enforcement.

Haven't We Seen This Movie Before? Tired Sequels & Teaching The Oscars

2020 This year’s slate of Oscar nominations simply read like the eight or ninth sequel in a movie series (“Fast & Furious,” we’re looking at you) – while the latest installation of the series technically constitutes a “different movie,” the premise of the prior films is largely the same. When it comes to the Oscars, the Academy for Motion Picture Arts & Sciences has been running this movie for ninety-two years now with largely the same script.

Critical Insights on Race Relations in Film: Assessing Bringing Down the House

Think Global, Act Local: How underground hip-hop gets down down Under

2016 This article explicitly focuses upon the relationship Aboriginal Australia has with hip-hop culture. Hip-hop has become not only a tool for larger identity formation for Aboriginal Australians, but also a way to preserve traditional styles that historically wilt from outside mainstream influences.

“Can I Get in on the Joke, Too?”: Analysing Racial Humor within the Public/Private Realm of the Internet

2016 This chapter explores the ramifications of having race-based “dirty laundry” aired through humor, without necessarily being dirty jokes. Not only is the United States of America reputed to be a “free country,” but also there are few restrictions on Internet participation outside of obvious legal infractions. Thus, while repulsive in their worst form or in poor taste in their naive form, racist jokes are not regulated on the Internet.

For the past decade or more, few Hollywood stars have experienced a more meteoric rise than Tyler Perry. As much as he is lauded by fans, Perry is panned by cultural critics who reject his work as overtly preachy and rife with racially stereotypical characterizations and controversial themes.

FORT WORTH, Texas, March 3, 2021 – Dr. Frederick W. Gooding, Jr., associate professor of African American studies in the John V. Roach Honors College at Texas Christian University, has been named a Leonard A. Lauder Visiting Senior Fellow by the National Gallery of Art in Washington, D.C. for the period of June 15 through August 15, 2021. Dr. Gooding is an intellectually gifted and accomplished scholar whose investigation of black statues in our nation’s capital will surely result in an outstanding monograph,” Dr. Ron Pitcock, interim dean of the John V. Roach Honors College, said. “Being appointed a Leonard A. Lauder Visiting Senior Fellow at the National Gallery of Art represents a major achievement and is a most deserved distinction that reflects the Honors College’s commitment to critical thinking and inquiry, as well as TCU’s excellence in research in the humanities.