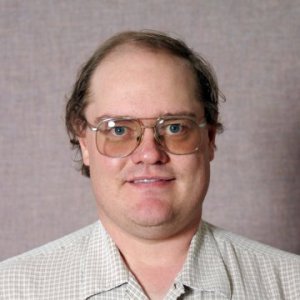 Dr. Fredric R. Govedich is a professor of biology and the department chair at Southern Utah University. He is interested in various aspects of aquatic ecology, animal behavior, and invertebrate evolution.

Dr. Govedich began studying leeches while an undergrad student but soon was intrigued by the lack of research of available. His studies include the evolution of parental care strategies in leeches, leech population genetics, leech systematics, and the reconstruction of the evolutionary relationships (phylogeny) of invertebrate groups, predator-prey interactions, feeding behavior, and migration within and between systems. Currently he is working on several aspects of population biology, evolutionary biology and animal behavior, including the evolution of reproductive strategies, parental care, sex allocation, and paternity in freshwater glossiphoniid leeches. Dr. Govedich is now one of a few experts on these under-studied species. 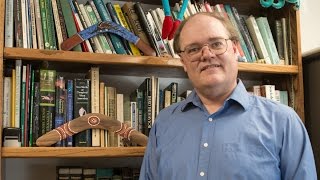 The S-STEM at SUU program targets first-generation college students, Title I school graduates, and students from minority populations and is awarding 20 scholarships to students majoring in mathematics, engineering, biology, geology, chemistry, or technology. Ultimately, S-STEM at SUU is enabling scholarship recipients to pursue their degree in a STEM discipline, and then attend graduate school or be placed in a career within their discipline.

Leeches were sampled from 2 turtle species, Chelodina burrungandjii and Emydura australis, from 9 rivers spanning the Kimberley Plateau of Western Australia, Australia. Placobdelloides octostriata was collected from both turtle taxa across the Kimberley Plateau, and Bogobdella diversa was collected from a single specimen of E. australis in the Fitzroy River, the westernmost catchment of the sample area. Relative prevalence of P. octostriata was influenced by host behavior, with a 10-fold difference in prevalence on the sit-wait predator C. burrungandjii (37.4–42.2%) in comparison with the more actively swimming E. australis (1.3–3.7%). The prevalence of parasitism was not substantially different between sites for each species. These are new host and locality records for Euhirudinea in Australia.

Evolutionary theory is the foundation of the biological sciences, yet conveying it to General Biology students often presents a challenge, especially at larger institutions where student numbers in foundation courses can exceed several hundred per lecture section. We present a pedagogically sound exercise that utilizes a series of simple and inexpensive simulations to convey the concept of evolution through mutation and natural selection.

Courtship and mating behaviour in the Pycnogonida (Chelicerata: Class Pycnogonida): a summary

The few published observations on pycnogonid courtship and mating behavior are widely scattered in the literature and there are no recent summaries available. Consequentially, the exclusively paternal care which is characteristic of this little-known group of marine invertebrates remains understudied by modern behavioral biologists. The current paper provides a comprehensive introduction to pycnogonid morphology with emphasis on the structures required for reproduction and then summarizes all of the available information on courtship and mating behavior in pycnogonids.

Evolutionary comparison of the development, structure, and behavior of vertebrates.

Observation and activities in professional practice situations on or off campus arranged by contract with an appropriate faculty supervisor.

Original lab or field research in biology arranged by contract with an appropriate faculty supervisor.

An off-campus experience with an employer, agency, or organization that will provide hands-on experiences. Internships must be initiated by a contract between the student, the provider, and the faculty advisor. The student may be paid or work as a volunteer.