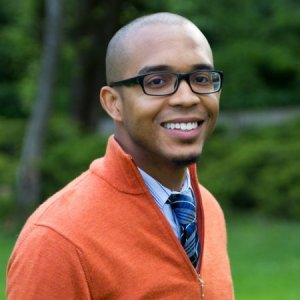 Fredric has many years of experience in the IT field, including as a consultant in healthcare IT, an Interaction Designer, and a hardcore Drupal developer. Since the days of the Tandy 3000, tinkering has always been a passion, and before joining Orbit Media Studios, he dabbled in various aspects of the web through numerous freelance ventures.

Despite dabbling in Node.js and Laravel, he ultimately fell in love with Drupal. He regularly speaks at various Drupal events around the country.

Clean code is akin to clean design, and he ultimately believes this fosters great user experiences for any application, no matter how small or what framework is used.

He holds a Bachelor of Science in Electrical Engineering from Washington University in St. Louis and tried to coin the term 'spinologist' while DJ'ing tons of parties, but nothing stuck.

In his non-working hours, Fredric enjoys vicariously reliving the days of Thundercats and Voltron through his wife, Kimberly, son, Gregory, daughter, Kathleen, and dog, Drupy.

Yes, he named his dog after the Drupal project.

The 7 Stages of Drupal Development

What Are My Options? An Exploration into Various CMS Solutions and Frameworks

What Are My Options? An Exploration into Various CMS Solutions and Frameworks

You're an expert in PHP. You've built applications and high-traffic websites. Now you're considering managing a development team or want to take your team to the next level. What are the keys to leading a development team and to keep them happy? With advice crafted from lessons written by executives at top companies like Apple and Pixar, and real-world conflict resolution examples, exploring the complexities of people is nothing like optimizing your custom built dependency injection containers.