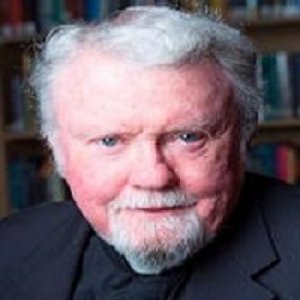 In the fall of 1975 Fr. Connolly joined the tenured-track faculty in what was then called the “Communication Arts Department,” known today as “The School of Film and Television.’ Among the many courses he taught at LMU during the next thirty-seven years were: SURVEY OF MASS MEDIA, ISSUES IN MASS MEDIA, EFFECTS OF MASS MEDIA. Fr. Connolly’s creative research focused on documentary films, and short video productions that he called “Gospel Preludes.” Among the documentaries he produced, “The Cry of the Mothers,” a half hour documentary on gang violence in un-incorporated East Los Angeles was purchased and broadcast by East German television. The “Gospel Preludes” consist of short, three-minute informational videos that are aimed at worshipping communities, both Catholic and Protestant. They endeavor to rekindle master metaphors in the Gospel such as “light,” “fire, “water.” Although in 2012 he stepped down from full-time teaching and committee work, Fr. Connolly continues teaching one section of SURVEY OF MASS MEDIA each semester. And he continues his work on “Gospel Preludes.”