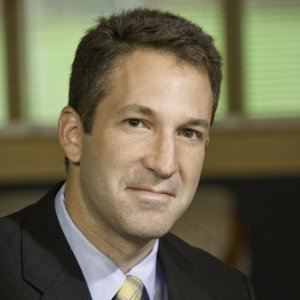 The Sher Garner Professor of Sports Law, the Paul and Abram B. Barron Professor of Law and the Director of the Tulane Sports Law Program | Tulane University


Gabe Feldman is one of the leading voices in the field of sports law in the country. 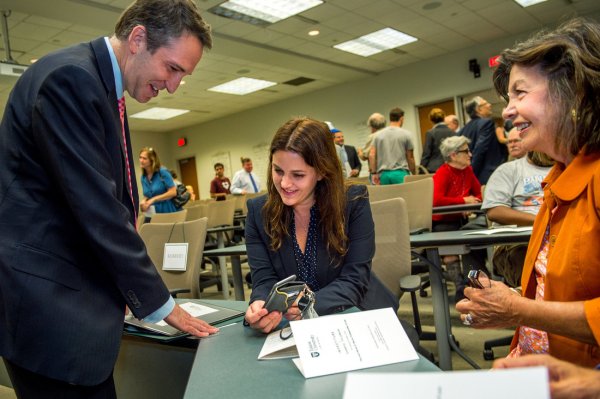 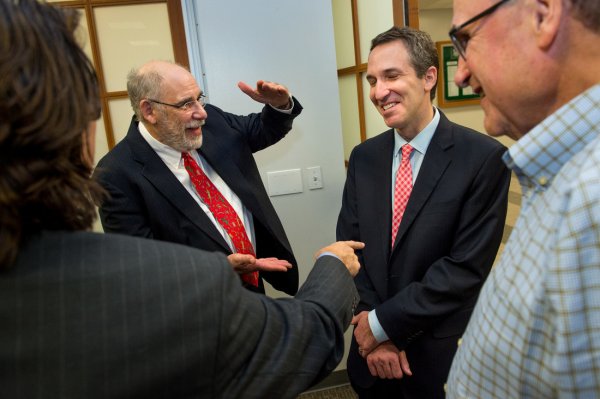 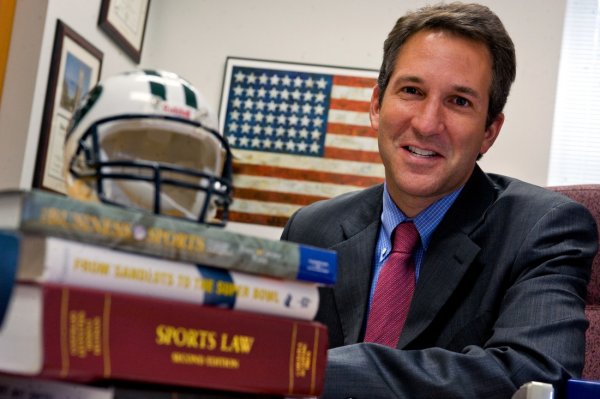 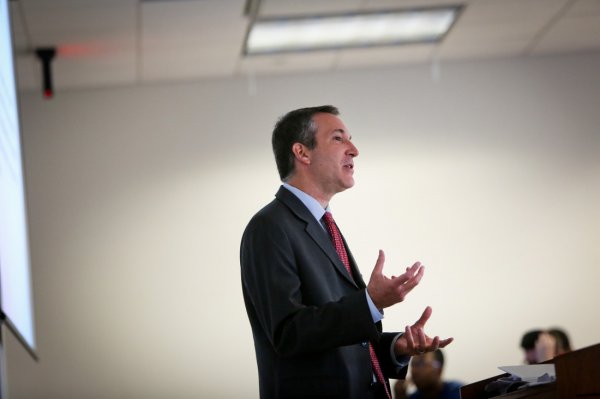 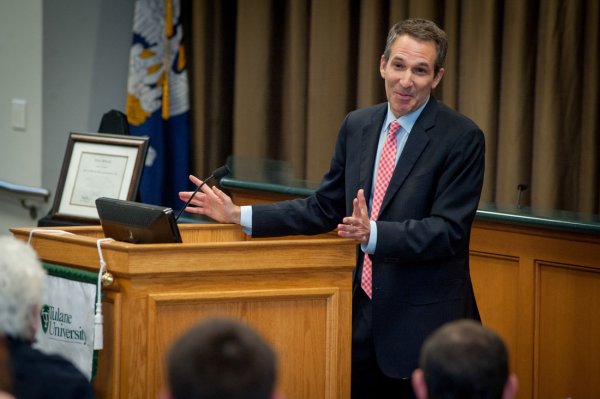 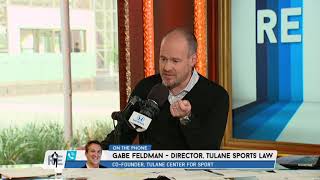 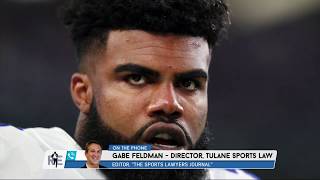 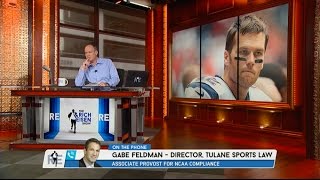 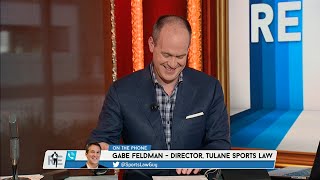 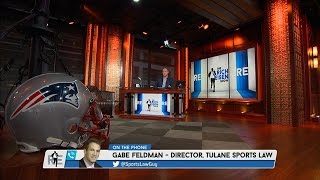 Gabe Feldman is one of the leading voices in the country in the field of sports law. He is regularly quoted in The New York Times, The Wall Street Journal, USA Today and other media outlets, and he has been a frequent guest on national television and radio. His extensive experience includes representing a variety of sports entities and serving as a consultant for various sports figures. He is editor of “The Sports Lawyers Journal,” a law journal devoted to the study of sports law, and “The Sports Lawyer,” a monthly online newsletter. Sports Illustrated has consistently named him to its “Twitter 100” list of sports figures to follow on Twitter.

The first endowed sports law professorship in the country

Paul and Abram B. Barron Associate Professor of Law (professional)

“That raises a whole other set of issues of why football players are on campus but chemistry students aren’t and why are we choosing this moment to treat athletes different from non-athletes,” said Gabe Feldman, director of the Tulane Sports Law program.

Amid pandemic, college athletes are finding their voice and beginning push for solidarity

Creating a Power Five union would likely involve state governments, because most schools are public. But many southern states have laws that make unionizing hard, said Gabe Feldman, director of the Tulane Sports Law Program.

Some Conferences Are Determined: There Will Be College Football This Fall

Gabe Feldman, the director of the sports law program at Tulane University in New Orleans, says if the schools are transparent and take the right precautions, he thinks they can play.

Canceling college football is coming down to dollars and sense

Gabe Feldman, the director of Tulane University’s sports law program, said that "liability is a concern for any entity that is opening its doors for whatever business they’re conducting right now.”

“Ultimately, college athletes don’t need a union to effect change,” said Gabe Feldman, the director of the Tulane Sports Law Program. “It may be more effective in a union, but a union is not necessary for college athletes to exercise leverage over schools, conferences and the N.C.A.A.”

Composed of five Tulane alumni panelists who have made their mark on athletic industries as diverse as sports law and sports tournament startups, the hour-long event was co-hosted by Dr. Greg Stewart, a professor of sports medicine at Tulane, and Gabe Feldman, director of Tulane’s sports law program.

Tulane director of sports law Gabe Feldman, who is doing research for the ULC, said it might be in the best interest of the NCAA and both state and federal lawmakers to slow everything down with a “legislative timeout.”

Gabe Feldman: NCAA doesn't want this to turn into pay-for-play, they want these to be legitimate name, image and likeness deals

Gabe Feldman, Director of Tulane Sports Law Program and Associate Provost NCAA Compliance, joined Bull & Fox to talk about the NCAA's views on amatuerism and ruling to allow players to profit off of name, image and likeness, the incentives for athletes in choosing their destination, and the NCAA's focus on making sure this doesn't turn into pay-for-play with boosters and shoe companies.

“The challenge of evaluating this is we don’t know where they have landed yet,” said Gabe Feldman, director of the Tulane University sports law program.

How Fighting the NCAA Became a Bipartisan Sport

Gabe Feldman, director of the Tulane Sports Law Program, said provisions related to unforeseen circumstances “are a part of every major contract,” and it would relieve both the NCAA and CBS/Turner of their obligations in this instance. So the NCAA would not be breaching the contract by not having an event, but CBS/Turner would not have to pay for this contract year.

Tulane Sports Law Professor Gabe Feldman said that it is a clear violation of NCAA rules.

Gabe Feldman, a Tulane professor of sports law, said that the “current rules are more restrictive than necessary” and are vulnerable to a court challenge.

"Technically the plaintiffs won the case and the NCAA will not be happy that they were found to be in violation of antitrust law, but ultimately this allows the NCAA to keep the bulk of their amateurism rules in place," said Gabe Feldman director of the Tulane University sports law program.

"These are very difficult cases," said Gabe Feldman, director of Tulane University's sports law program. "They're difficult because in many of the cases the plaintiff is clearly suffering and the plaintiff has clearly suffered harm. But the challenge is proving that the NCAA, the member institution or the conference or some combination caused that harm and had some legal duty to the plaintiff and breached that duty. Each factor of the analysis could be difficult for the plaintiff to prove. Perhaps the most difficult is the causation piece."

After the Supreme Court’s green light, Delaware launches sports betting. And bets are on — which states are next?...

NCAA Is Headed to Another Trial Over Pay-for-Play Rules

Two law professors who specialize in athletics issues -- Gabe Feldman at Tulane University and Steve Ross at Penn State -- stressed that the students must still prove at trial that the current NCAA rules are illegal. Wednesday’s ruling “is a preview to the question: ‘What would college sports look like if the NCAA was not allowed to forbid the payments?”’ Feldman said. “One answer is that individual conferences could decide on a conference level.”...

When Gabe Feldman made the decision to quit the lucrative rat race in our nation's capital and decamp for Tulane University, all the stars seemed to have aligned in his favor...

ASU swimmer part of antitrust lawsuit against NCAA and conference

“This is the needle that NCAA has had to thread,” said Gabe Feldman, director of the Tulane sports law program. “The NCAA has argued that any payment to college athletes needs to be tethered to education or incidental to athletic participation. Anything that is not tethered to education or is not incidental to athletic participation will destroy amateurism or destroy college sports.