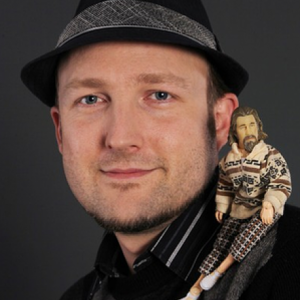 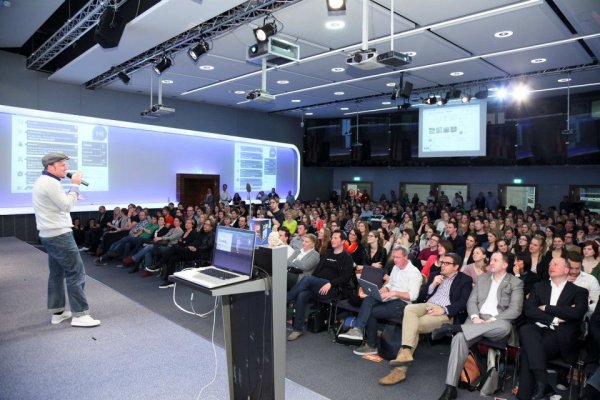 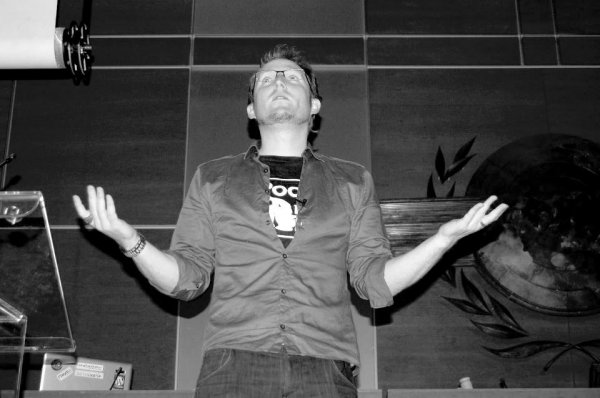 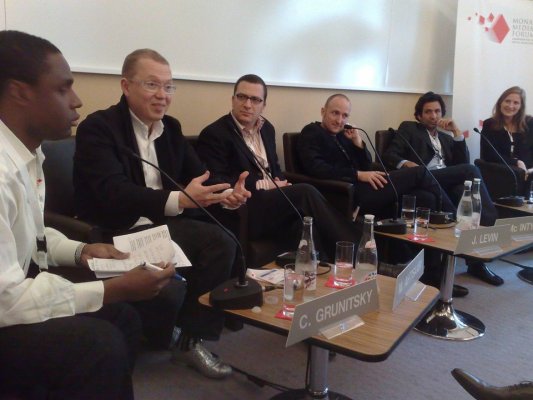 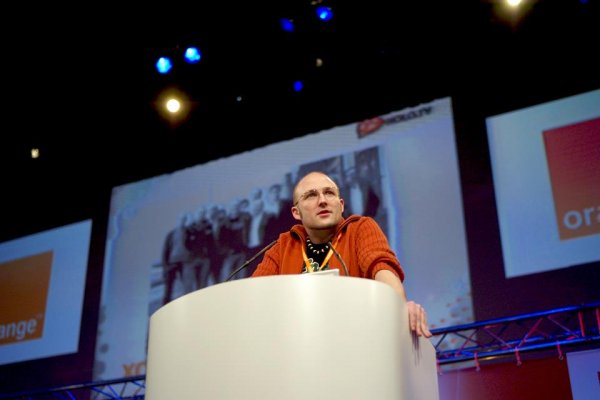 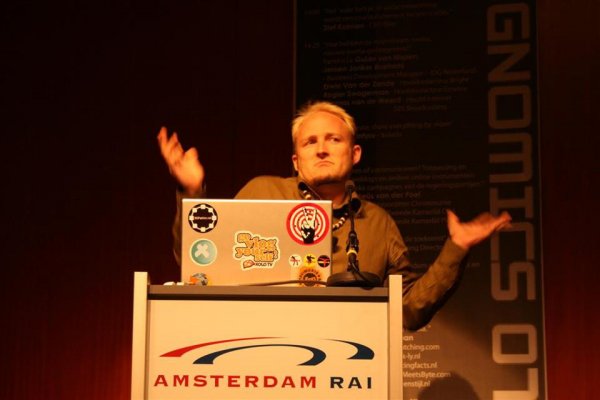 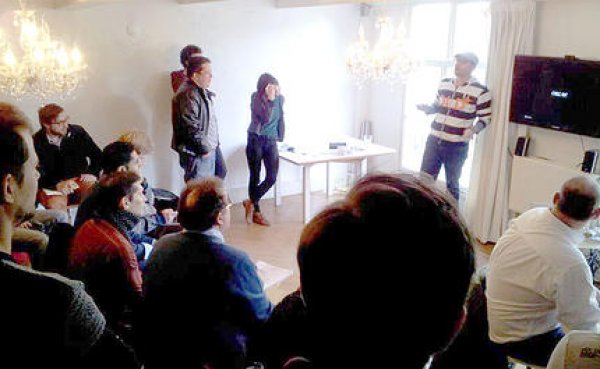 Gabriel McIntyre has been teaching ‘Interactive Performance Design and Games’ and New Media at the College of Arts in Utrecht, The Netherlands for almost a decade. He has worked on video games for clients such as Sony, Davilex, T-Mobile and Microsoft. The campaigns he worked on have won a number of digital and advertising awards. He is known in Europe for being a Viral Video and New Media Dude. For many years he was an evangelist of online video before Youtube. He worked on two popular early online video sites in Europe, Mobuzz TV and Xolo.TV that have won International broadcasting awards.
﻿
Gabriel has given keynotes at conferences all around the world in innovation, marketing, digital trends and gamification. DLD (Munich), SIME (Vienna), Picnic (Amsterdam), Le Web (Paris), DMEXCO (Berlin), Webcom (Montreal), La Red Innova (Madrid), and The Monaco Media Forum (Monaco) are a few of the events which he has spoken. He has been interviewed about new media trends for articles in Forbes Magazine, The Wall Street Journal, BBC and The Telegraaf.

If you want to know about the future, innovate your current communication processes or need a creative with a crystal ball, Gabriel McIntyre is your man.

Gabe is one of the best speakers and entertainers I’ve seen on stage – ever. The way he makes audiences crack up in laughter, whilst providing such insightful knowledge, makes his speaking appearances truly unique!

Gabe is a secret weapon for event organizers. I’ve had him speak twice at Le Web. He has big impact. The crowd is always entertained, energized & enlightened.

"The audience resonated particularly well with the lecture by Gabe McIntyre about game design. He explained with an interactive presentation elements such as how emotional learning about games can work in marketing. "For the first time it has been a good experience," said Laura Sadau and Keith Wischermann, student of the Hamburg Brand Academy. Gabe McIntyre's lecture was "exotic and something else" exerpt from article on onetoone.de

Gabe Mac is an amazing fantastic speaker that will elevate your event to heights of unknown awesomeness.

Gabe Mac is without question one of the finest speakers that I have had the opportunity to work with. Energetic, concise and engaging are just three words I would use to describe his delivery as he takes his audience on what feels like an adventure.

The Game Beyond Gamification Method

DLD Women - the Game Beyond

The Game Beyond - Gamification Workshop

Learn the Basics of Game Design

The Game Beyond is a workshop in Game Design. This Gamification Course is an intense 1 day workshop / game. Players tap into the natural understanding of playing games, using The Game Beyond method, to unlock the natural game design skills in us all. The Game Beyond method allows for the rapid prototyping of games to complete real world goals. ​ Watch some reactions: http://youtu.be/9LBKRWtvQ04 More information about this talk can be found at http://thegamebeyond.com

While consulting for Indie-Amsterdam, The Game Beyond consultant Gabriel McIntyre developed and produced an Alternate Reality Game for Microsoft The Netherlands together with game designers Bas Haas and Jelte van der Maat. The Project won Indie it's first Spin Award. “To design and produce Alternative Reality Game is difficult enough. Achieving this internally at a company such as Microsoft Holland where it is “business as usual” is special. This requires guts. What we liked is that one is able to show how games push people over the limits of existing departments, as well as transferring knowledge to create new social networks within the company. It is a fine example of integration of training on the job, communication and games, so worth a Silver Spin Award.” — The Spin Awards jury report

Buy one Give one free Robot

How can gaming techniques be applied to traditional campaigns? The Game Beyond worked on the launch of Ben & Jerry’s fair-trade products in the Netherlands. to promote the new 'Fairly Nuts' ice cream to the Dutch market, a movement of giving was developed. We called it, 'The Givolution', One of the questions was how can we transform the standard 'buy one get one free' promotion to something closer to the “Givolution”? Solution: A “Giving Robot” was developed to let Ben & Jerry’s ice cream customers give an ice-cream to a stranger with the barcode and a website. Customers could control who they gave their ice cream to remotely via a webcam, which interfaced with a machine that was placed at the bottom of escalators at various train stations and shopping malls around Holland. 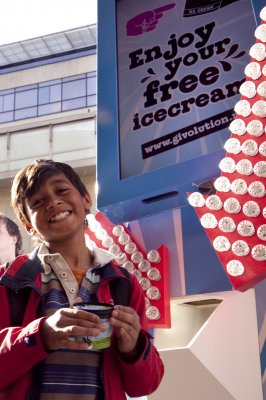 How to make Facebook fans almost die for you?

When asked by Domino's Netherlands to increase their Facebook fan base to 100,000 we replied, "I can have 100,000 likes by tomorrow. But they won't be real. You want real fans, it will take time." After a year of intense 360 campaigns using The Game Beyond method, we gained a loyal fan base of close to 100,000 fans. To see how loyal, we had the fans tell the latest pizza promotion while attempting a dangerous stunt. These are not trained stunt professionals, just Domino's Facebook fans. 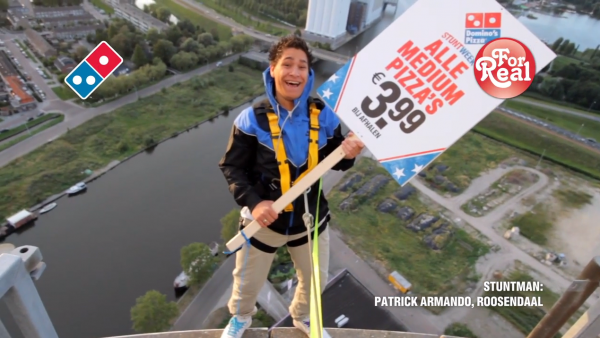 The Game Beyond Workshop

Learn how to harness the power of play and become a serious game designer. The Game Beyond is a workshop in Game Design given by Gabe Mac. This workshop is designed to tap into natural game play habits of the participants, giving a deeper understanding of the art of game design. This is done by using a model that allows for the design of a variety of games to overcome real world challenges. The workshop itself is a game designed to get the participants in a flow of collaborative innovation and rapid prototyping. What you will learn How to translate challenges into Game Goals. How to design game rules for players and systems. Effective use of Game Mechanics for your goal. How to connect with the subconscious hero drive inside everyone. How to prototype and design games for production. How to use negative and positive feedback loops effectively. “This takes the BS out of Gamification." — Jeffrey Taylor, The Firebird Feather Company

The secret to becoming a great keynote speaker is overcoming your fear. The Game Beyond has developed a special workshop for developing Presentation skills and Pitch techniques. This workshop is a culmination of over 3 decades of presentation research, training and professional experience. "I was afraid of speaking in front of a group. After Gabe’s course I won my first art subside pitch for our startup." — Liesbette, Co-Founder Mondobanda The Perfect Pitch course is designed to give you the following skills and knowledge. All while playing games. Overcoming mental and physical stress triggers. "Stop freezing on stage." Exercise tips to hack your nerves. "Get rid of the butterflies in the stomach." Effective Powerpoint Design. "Make your presentation work for you, not against you." Speaking Techniques. "Make sure you are understood." How to communicate to 'tribes'. "The science behind great speeches in history." Body Language hacks. "Don't feel awkward on stage, feel powerful!" Keynote preparation checklist and tips. "The things that always go wrong at events." Tips to engage your audience. "Have them running in a room rather than walking out." Use technology to get your Keynote trending. "It's so easy an 8 year old can do it."

How to use game design rules to develop sustainable loyalty programs.