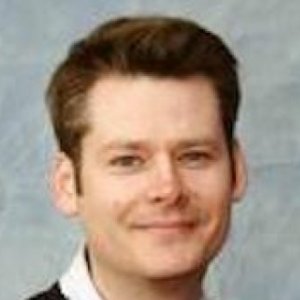 Professor Gary Barker, of the University of Warwick’s Department of Physics and leader of the Elementary Particle Physics Group, comments: “This announcement is the crucial next step that will allow international support for the Hyper-K project to grow. This brings us closer to realising an incredible experiment that will be capable of unlocking many of our remaining questions surrounding the role of neutrinos in fundamental physics”...

Running since 2011, T2K is a long baseline neutrino oscillation experiment that was the first to report evidence of a non-zero value for the mixing angle θ13 and has set a World best value for θ23.

An upgrade to the T2K project with the sensitivity to observe CP-violation. Warwick are contributing to the design phase of the experiment.

Through the simulation of proton interactions with target material we are contributing to the design of the target regions for both the LBNF project and an experiment searching for possible new physics from the `hidden' sector (SHIP).

The DUNE project at Fermilab's Long Baseline Neutrino Facility (LBNF) is a next-generation neutrino oscillation experiment capable of determining the neutrino mass hierarchy and of observing CP-violation in neutrinos (if present). The experiment will start early in the next decade and is currently in the preparation phase.

My early career was in the area of b-physics where, through my work with the OPAL and DELPHI experiments, I contributed to some of the most precise measurements in b-quark physics to come out of the Large Electron Positron Collider (LEP) era at CERN. Much of this work is documented in my book b-Quark Physics with the LEP Collider.

2018 We report a measurement of the flux-integrated cross section for inclusive muon neutrino charged-current interactions on carbon. The double differential measurements are given as function of the muon momentum and angle. Relative to our previous publication on this topic, these results have an increased angular acceptance and higher statistics. The data sample presented here corresponds to $5.7 \times 10^{20}$ protons-on-target. The total flux-integrated cross section is measured to be $(6.950 \pm 0.662) \times 10^{-39}$ and is consistent with our simulation.

2018 This paper reports measurements of final-state proton multiplicity, muon and proton kinematics, and their correlations in charged-current pionless neutrino interactions, measured by the T2K ND280 near detector in its plastic scintillator (C$_8$H$_8$) target. The data were taken between years 2010 and 2013, corresponding to approximately 6$\times10^{20}$ protons on target. Thanks to their exploration of the proton kinematics and of kinematic imbalances between the proton and muon kinematics, the results offer a novel probe of the nuclear-medium effects most pertinent to the (sub-)GeV neutrino-nucleus interactions that are used in accelerator-based long-baseline neutrino oscillation measurements. These results are compared to many neutrino-nucleus interaction models which all fail to describe at least part of the observed phase space. In case of events without a proton above a detection threshold in the final state, a fully consistent implementation of the local Fermi gas model with multinucleon interactions gives the best description of the data. In the case of at least one proton in the final state the spectral function model agrees well with the data, most notably when measuring the kinematic imbalance between the muon and the proton in the plane transverse to the incoming neutrino. A clear indication of existence of multinucleon interactions is observed. The effect of final-state interactions is also discussed.