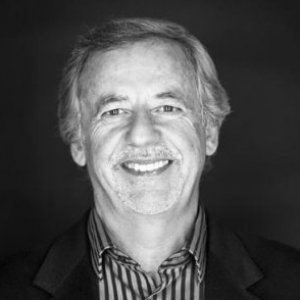 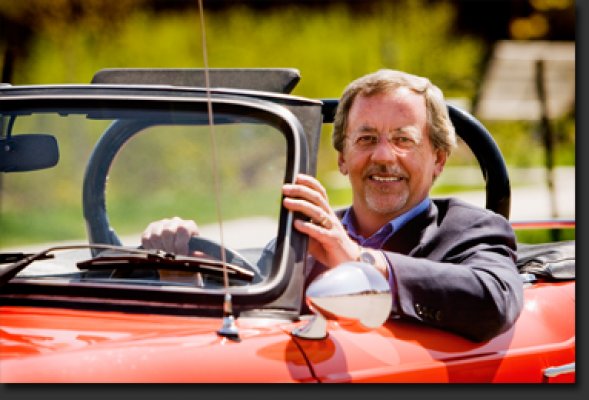 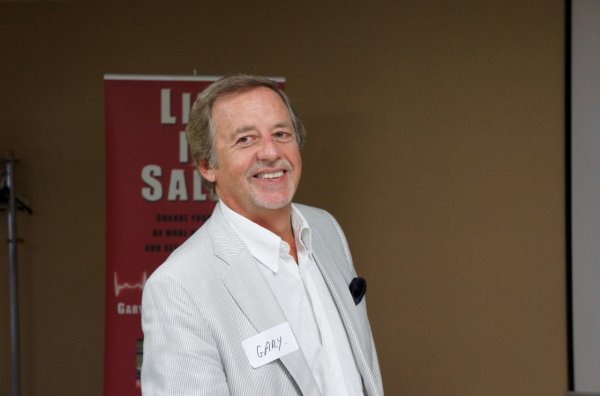 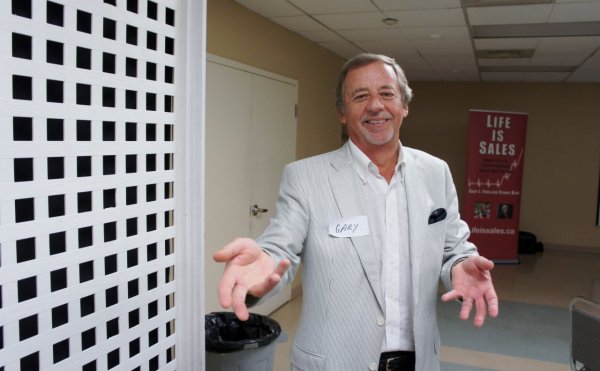 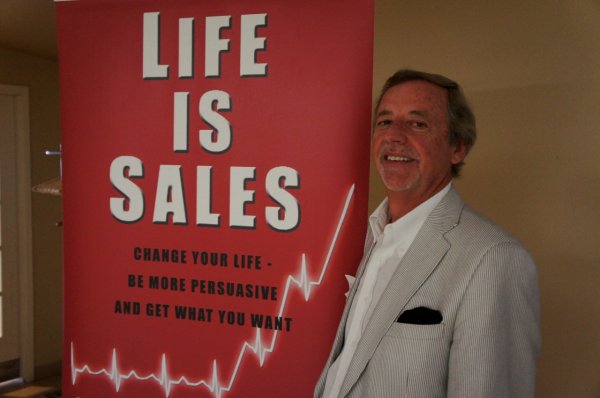 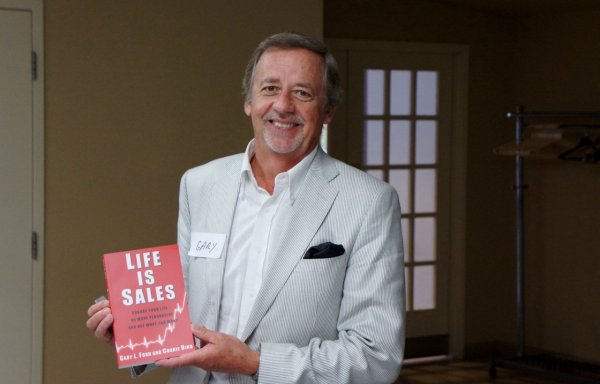 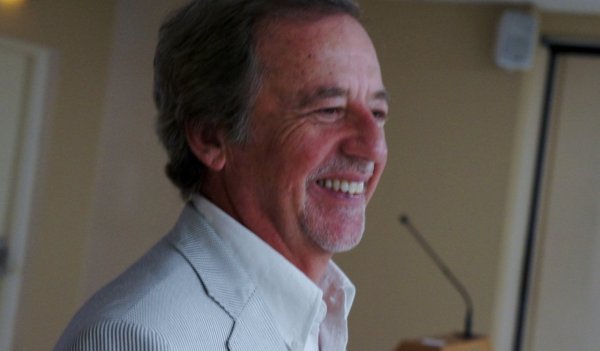 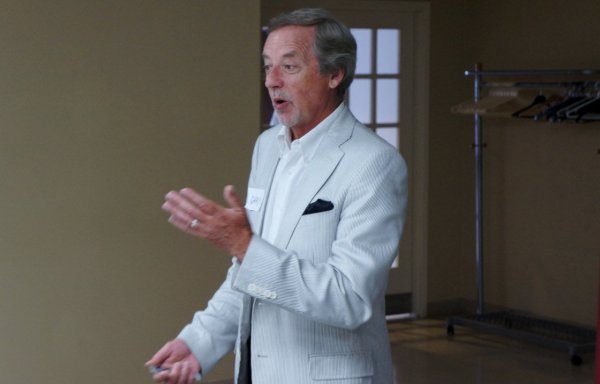 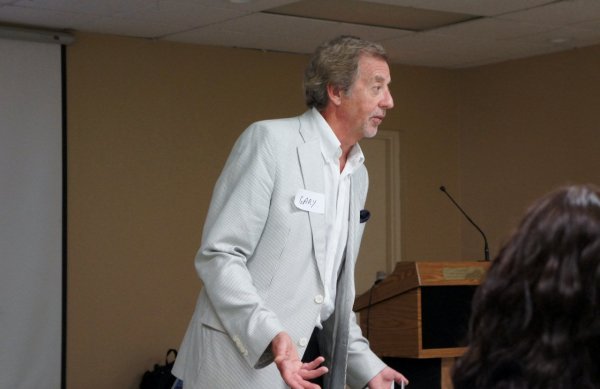 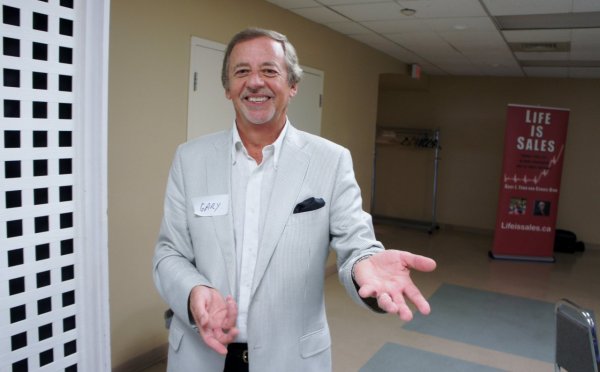 Watching Gary Ford dart around the room, performing in a high-energy, quick-witted humorous speaking style, audiences can’t help but be entertained and engaged.

Most importantly, they learn an important life lesson: How to sell better.

Because according to Gary, life is sales.

Gary Ford is a graduate of the University of Waterloo with a degree in Psychology. He has held a series of executive positions with a major financial institution and most recently as Vice President of Professional Development with a national insurer.

Ford is a frequent speaker to large groups in the financial services business in Canada and the United States on sales skills and influence techniques. He is the co-author of The Canadian Guide to Protecting Yourself Against Identity Theft and Other Fraud.

Helping on his grandfather's farm in rural Exeter, Ontario, Gary was able to learn the value of hard work and discipline. A valuble tool he learned during this time was the sense of immediate gratification of seeing results. In his own words, "as you watch the plow turn the earth, you realized the results of your actions immediately".

This has contributed greatly to Gary's unique management style. His philosophy is to always train his staff to "roughly west" - instead of building a fence to lead his team to his desired results, he believes they can take their own route to the end result. Empowerment and ownership produce results.

Managers often like to tell their employees how to get there, but Gary's style is to coach them back on track as they veer off, which is where the term "roughly west" comes from. Gary has spent his life with a commitment to mentoring cand coaching in every job, and gets a charge out of watching wheat (a nod to his farming days) and people grow.

The best advice Gary was ever given came when he was putting himself through school working at a gas station. His boss at the time said something that stuck with him through the years - "even if you're just pumping gas, you need to be the best gas-jockey you can be. Wherever you are - BE THERE". Gary took this advice and developed it into his own personal mantra, which is "build on strengths". No matter where you are or what you do, take what you are given and be the best you can be from that.

Gary enjoys fly-fishing, a round of golf and taking his '74 Triumph TR6 out for a spin.

I was one of the key trainers for the Canada Trust Institute program to teach managers how to become more effective at sales.

In this position, I built an effective national sales team, grow its title insurance business, which was a relatively new business in Canada. I stayed with them for 10 years. Now, title insurance is common practice in most real estate transactions. When I was at First Canadian Title, I started giving value added sales training sessions to our bank clients on the unique sales conversations program that I developed.

Author, The Canadian Guide to Protecting Yourself from Identity Theft (professional)

I wrote this book while at First Canadain Title.

Life is Sales talks about the principles of influence and persuasion and has sold more than 10,000 copies making it a Canadian bestseller. I chose the title because everyone wants to become more persuasive and influential in their lives, not just with their clients but with their family and friends.

If you want to become a better sales person then go to one of Gary's seminar. He is extremely entertaining, engaging and funny. You can't help but learn the art of sales.

Length of Course: 4 hours This training module is designed for those who deal with customers in person on a daily basis. It provides a universal approach service providers or sales staff can use to manage any customer interaction with confidence. This can be broken into two sessions if the client prefers.