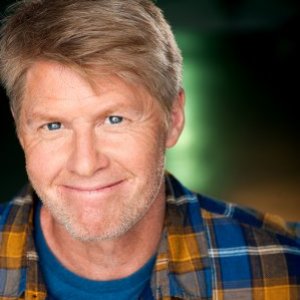 A veteran professional actor, writer, and director in the Hollywood community for over thirty years, Hershberger is active in many facets of the entertainment community. Having established himself as a working actor, with dozens of film and television credits to his resume, such as Six Feet Under, Big Love, Grey’s Anatomy, The West Wing, Sneakers, the original Twin Peaks (and the Showtime reboot), and the upcoming features Magic Max and Faith, Hope, and Love, Gary knows his way around a productive, effective set.Gary has worked with such greats as Robert Redford, Naomi Watts, David Lynch, Tom Hanks, Tom Berenger, Peter Falk, Michael C. Hall, and many others.

Gary is an award-winning and produced screenwriter, and is preparing to direct an inspirational feature film in the summer of 2020. He co-founded The Actor's Director Workshop with actor and coach Sheryl Lee (Twin Peaks) four years ago, www.theactorsdirectorworkshop.com, to help guide directors to work better with their actors, to help shepherd them into performances at the highest level. The workshops have been given at such film and theatre programs such as USC’s School of Cinematic Arts, Pepperdine University, and they teach privately as well.

Gary is happily married and has four children who inspire him every day. He loves to work with young people and help to mentor them to achieve their dreams in the creative arts.