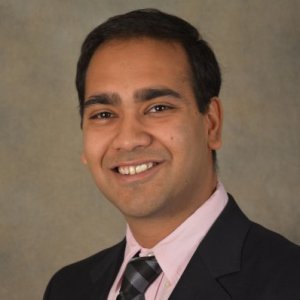 
Behavioral economist focused on studying how individuals make judgments and decisions in the absence of complete information.

Gaurav Jain, an assistant professor of marketing at the Rensselaer Lally School of Management, examines how individuals make judgments, estimates, and decisions in the absence of complete information. Prior to earning his Ph.D. from the Tippie College of Business at the University of Iowa, Gaurav earned his bachelor’s degree in engineering and an MBA in marketing. More specifically, his research spans the fields of numerical cognition and judgment, working memory capacity, and, attention limitations. Using psycho-physical methods, such as eye tracking and facial expression analysis, Gaurav makes novel predictions about how various cognitive biases influence consumer choices. 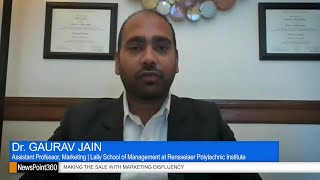 Why researchers are 100 percent sure we love round numbers

"Numbers have a language of their own. People think that numbers are used for quantitative information only, but they often indicate qualitative information, as well,” said Gaurav Jain, a Rensselaer Polytechnic Institute marketing assistant professor who co-wrote a new study published in Organizational Behavior and Human Decision Processes. In his research involving hundreds of participants, Jain found that people take longer to process non-round numbers. As they work to make sense of such a number, they tend to compare it to an ideal round number for the given situation.

Fluency and perceptions of decision making, numerosity and allocation behavior, and the impact of number roundedness on framing. Dr. Gaurav Jain is an assistant professor of marketing at the Rensselaer Polytechnic Institute. His research examines how individuals make judgments, estimates, and decisions in the absence of complete information.

A buzzy product with flashy social media posts and clear descriptions may seem like the best way to market your product and get consumers to invest it in. However, a new study has found that advertisements with confusing language and a more chaotic layout can actually lead to consumers conducting more research on that product and ultimately making a more informed buying decision. "Most of the time, marketing communicators try to make their message clear. What we learned, however, is that there are certain times, especially when people need to make choices, when we should actually use disfluent stimuli so that whatever people are choosing, they will like it once time has passed," explains co-author Gaurav Jain, an assistant professor of marketing in the Lally School of Management at Rensselaer Polytechnic Institute.

You will enjoy shopping more if this occurs, according to research

Accomplishments often feel more rewarding and enjoyable if one had to really work and struggle to achieve that goal. Interestingly, a surprising new study finds that this same principle applies to shopping as well. Researchers from the Rensselaer Polytechnic Institute just released a set of research concluding shoppers tend to value and appreciate difficult purchases more over time in comparison to easy shopping choices.

Humans Actually Have an Irrational Preference For Round Numbers

Would you rather save 90 percent with a product discount, or 91.27 percent? New research suggests that our minds are wired to prefer nice, round numbers over irregular ones, even when the irregular option means a better deal overall. ... "Numbers have a language and give non-numerical perceptions," says behavioural economist Gaurav Jain, from the Rensselaer Polytechnic Institute in New York.

Revisiting attribute framing: The impact of number roundedness on framing

We compare the impact of round and non-round numbers used in a communication message on consumers’ evaluations and judgments towards the associated target entity. We find that the use of non-round numbers, in contrast to round numbers, in a message frame results in increased attention to numerical values, which further leads to a comparison of the associated measures with ideal reference points. This leads to an increased framing effect in the non-round numbers condition compared to the round numbers condition. Interestingly, this also negatively affects consumers’ overall evaluations of the target entity. We demonstrate that such a decreased positivity in attitudes when using non-round numbers is more pronounced in negatively expressed frames. We explain this using an ‘attention shift-comparison’ process. Additionally, using multiple methodologies, we provide elaborated support for the attention-association based reasoning for framing effects in general and thus add to the literature on processes underlying framing effects. This extends the original valence-shift based account originally proposed by Levin and Gaeth (1988) and provides an avenue for future research on attention-association based framing effects.

(The lack of) fluency and perceptions of decision making

Research consistently finds that fluent stimuli in marketing communications are better liked and more trusted than more difficult to process stimuli. This paper describes four studies showing that the attitudes towards difficult-to-process stimuli increase significantly when compared to the easy-to-process stimuli, thus adding to the growing ‘disfluency’ literature. We show that attitudes increase towards a less fluent option when individuals misattribute the extra effort, spent in processing the information, to the decision making rather than the stimuli itself. The studies have important theoretical implications for understanding the mechanism by which lack of processing fluency influences attitude formation, and, have practical implications for understanding how and when to use disfluent stimuli in marketing communications.

This paper investigates how the numerosity bias influences individuals’ allocation of resources between themselves and others, using the backdrop of the traditional dictator game. Across four studies including both hypothetical and real exchanges of money, we show that the form of the numerical value representing the quantity of the resource (e.g., $20 vs 2000 cents) systematically biases the decision-maker to perceive the quantity s/he is thinking of allocating as being “less than adequate” or “more than adequate”. Essentially, such a biased perception of adequacy with respect to the quantity of the resource consequently influences the decision-maker’s final allocation decision. We attribute this systematic bias to the “numerosity” of the resource. We find that bigger numerical values representing quantity (e.g., 2000 cents) bias decision-makers to over-infer the quantity, thus inducing them to allocate less to the entities they are focusing on.

Toward understanding everyday decision making by adults across the autism spectrum

We focus on the everyday decision making challenges faced by high functioning adults across the Autism Spectrum using both between- and within- group comparisons. We used Mturk, backed by a combination of recruiting and screening procedures, to recruit large samples using an online survey. The main differences between groups were: greater relationship problems at home, school and work for the ASD group compared to the control group; greater difficulty in a variety of everyday decisions and the negative consequences of their decisions; greater aversion to social risks; lower levels of Rational Ability; and greater personal endorsement of socially undesirable acts. Poorer decision outcomes within the ASD group were predicted by lower levels of Rational Ability and higher personal endorsement of socially undesirable acts. Some of the same predictor-outcome relations were found within the Control group. These results illustrate how the study of unique groups can increase our overall understanding of individual differences in decision making within the general population, and the need to include both between-group and within-group analyses.