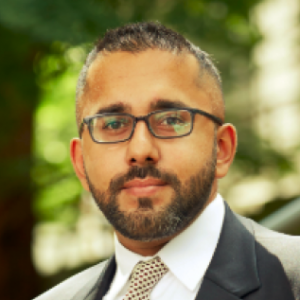 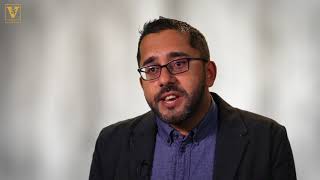 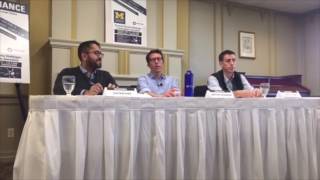 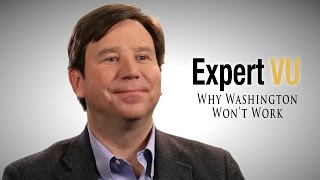 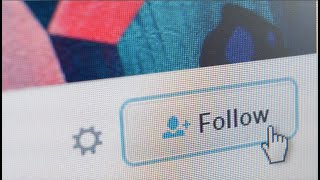 Gautam Hans joined Vanderbilt’s law faculty in summer 2018 to launch a legal clinic focused on First Amendment issues and protections funded by a grant from the Stanton Foundation. His work and scholarship examine how individuals and organizations grapple with the complex legal and policy issues involved with technology and civil liberties. Hans previously served as a Clinical Fellow at the University of Michigan Law School, where he focused on intellectual property and technology law.

Hans is a frequent speaker on civil liberties and intellectual property. His work has appeared in a range of journals, newspapers, and online media, and has been cited by the U.S. Supreme Court (in dissent). While earning his graduate degrees at the University of Michigan, Professor Hans was editor-in-chief of the Michigan Telecommunications and Technology Law Review and served as a student-attorney in the Entrepreneurship Clinic and the Michigan Clinical Law Program. Before entering graduate school, he was an editorial assistant in the Knopf Group of Random House Inc.

“It’s as much about the law as it is about the optics,” says G.S. Hans, a law professor at Vanderbilt University who specializes in First Amendment law and technology policy. He says the companies are likely “talking about this from the general counsel’s office but also from their lobbying arms, because I think it’s both things at once.”

Gautam Hans, a technology law and free-speech expert and professor at Vanderbilt University, said he finds the board to be “a bit of a sideshow from the larger policy and social questions that we have about these companies.”

Facebook has described the update as an attack on small businesses that rely on its advertising models – even releasing a number of television commercials on the matter – while Apple has positioned itself as a privacy savior. Neither of those narratives is exactly accurate, said Gautam Hans, an intellectual property and privacy law professor at Vanderbilt University.

A Supreme Court Justice weighs in on Section 230: Here's what it means

"There's a lot of appetite for legislative reform for 230," said Gautam Hans, an assistant professor at Vanderbilt University who specializes in First Amendment law and Section 230. "The opinion itself calls into question some of the current provisions ... which I think means that some legislators will use that to say look, 'We have a Supreme Court Justice who thinks we have some problems here. Why don't we go in and try to fix that?'"

Facebook, Twitter, and streaming-service Twitch all suspended President Trump's accounts within the past day for inciting violence, marking the first time the social media companies have blocked him, even if only temporarily, from their services. But experts say the bans won’t prevent Trump from inciting violence in the future. “The imminent problems [on these services] are continuing to rise,” said Gautam Hans, director of Vanderbilt University's Stanton Foundation First Amendment Clinic. “I don’t think this is going away.”

The ban didn’t actually keep campaigns from running ads during that period, only from introducing new ads that could introduce misleading messaging into the campaign’s final days. The logic of the move was lost on Gautam Hans, a professor at Vanderbilt Law School focused on the First Amendment. “If we’re worried about political ads and their effect on voting, voting is well underway,” he said, noting the wave of early voting that began before the moratorium took effect.

Labels linking to additional information puts the onus on Facebook users to do the actual fact-checking, as the tags themselves don’t necessarily say outright that a post is wrong, said Gautam Hans, a First Amendment law professor at Vanderbilt Law School. “It’s just more information for people to parse through,” Hans said, “and people are notoriously bad at doing that.”

The proposal is not far off the FCC's "must-carry" rules for broadcasters, said Gautam Hans, a professor of law at Vanderbilt University and director of the Stanton Foundation First Amendment Clinic. "My biggest concern is that it seems to be proscribing the platform's ability to take down content," Hans added. "In effect, this is attempting to create 'must carry' obligations for certain kinds of speech." Hans added that the proposal amounts to "hypocrisy" on the part of conservatives, as compared to the Fairness Doctrine getting axed during the Reagan administration.

G.S. Hans, a professor at Vanderbilt Law School who isn’t involved in the case, said the lawsuit may be premature because the NRA can’t yet show it’s been harmed. A better case may be brought by a company that believes it was denied a contract because of ties to the group, he said, but even that may prove to be a tough sell. “It’s going to be hard to argue you have a First Amendment right to a government contract,” he said.

“We’re seeing many free speech issues arise these days, and the clinic will represent low-income individuals and organizations facing such issues,” Hans said in a release. “I’m particularly interested in representing vulnerable populations who may need help in asserting their speech and assembly rights, as I believe those clients will help our students see how the First Amendment intersects with other areas of the law.”

2018 "The entry of technology companies like Uber and Airbnb into highly regulated markets such as transportation and housing means that more data on individuals than ever is being transferred from private companies to the government, under the guise of regulatory oversight."

2017 "As individuals and business owners in the United States use devices to store, organize, and listen to music, they inevitably run up against the boundaries of U.S. copyright law. In general, these laws affect businesses more often than private individuals, who can listen to the latest hit single on their iPod or play music to a large audience in their home without running afoul of copyright law, presuming that the audience is composed of family members and social acquaintances."